After our post last night we “hit the town” of Queretaro for dinner and dancing.  Ok, there wasn’t much dancing.  But we did find a nice Baja IPA to accompany our tacos el pastor.  Mexico generally has a limited selection of local craft beers – seems that the big brewers have a good chunk of the market.  Mostly, I’m too tired to consider much in the way of libations when it comes to night-time refreshments so it was nice to have a good beer. 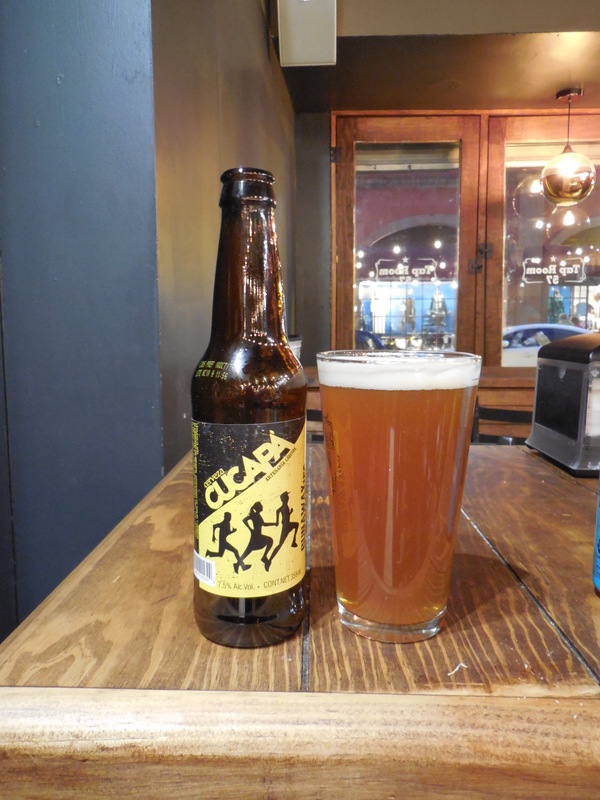 We were up early this morning, having decided that we would do a double day today.  A double day happens when we look at our planned route and decide that rolling two planned days into one is the go for the day.  This meant that we missed the free hotel brekkie – dang.

For us today, a double day also meant that we would ride the toll-way again.  We’ve had such great luck with them so far, mostly low traffic and wide shoulders, that we decided to try again.  We’d read some blogs of other riders who said that the toll-ways on our route today were busy but we figured that Sunday might mean a little less traffic.  And the result…  Well, the Sunday traffic was high.  We had 3 or 4 lanes going our direction most of the day and a good deal of the traffic was truck traffic.  This makes a lot of sense as we are only 150k from Mexico City.  I think we kind of lucked out on the toll-way further north.  We had a shoulder most of the time today, except for two big hills that we climbed.  Here we shared the slow lane with the really slow trucks.  Everyone gave us room but it was very noisy all day.

Colin (I think) – out on highway, not sure what it is/was

We had a pretty strong headwind most of the day as well.  This slowed us down, but it also ratcheted up the noise just that little bit more.  There were a number of times that Nancy tried to say something to me and I just couldn’t hear her.  Even on second and third attempts, when she yelled, I still couldn’t get it.

We tried to take morning tea at 10:30 but Nancy didn’t like the spot I picked.  Later, about 11:10 when we rode past a McDonalds and Nancy wanted to stop, I rolled up my nose.  For some reason there were very few roadside service areas going our direction, though there were lots of them going the other way.  So we didn’t get morning tea until lunch when we settled on an old highway dinner that had seen better days.  We were both starving but not sure that we trusted the food.  We settled on soup and were quite happy with our choices.  It was warm and hit the spot.  Sometimes you just have to take what you can get. 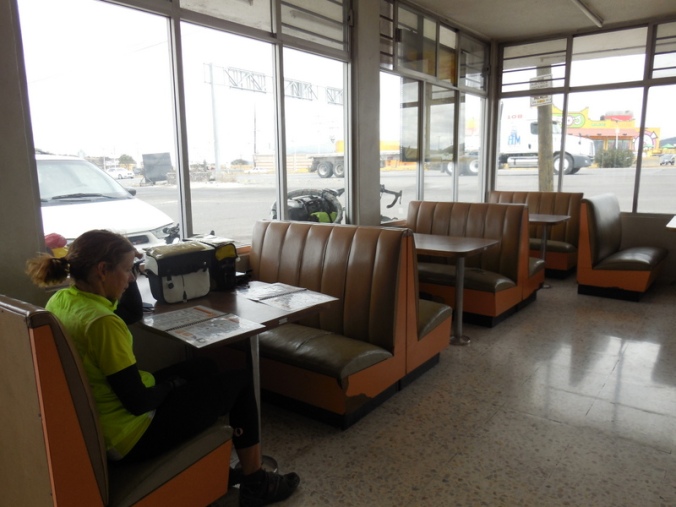 We left the toll-way after lunch and had much quieter road for the last 35k.  Naturally, the wind picked up and we were made to earn those 35k.  It was just one of those days that you have to ride through because you know that you’ll have better days ahead – bike touring is fun but it’s not realistic to think that everyday will be one amazing experience after another.

We had one last rest stop in those last 35k, at a Pemex/Oxxo of course.  It was stunning how nice it was standing on the downwind side of the building.  You could almost be convinced that the wind wasn’t blowing.  These thoughts were erased pretty much immediately when we headed back out onto the road.  In this last stretch we passed into Hildalgo, our 9th state.  We have a few more small states to pass through and will probably ride in something like 14 of the 31 Mexican states by the end of our Mexico journey. 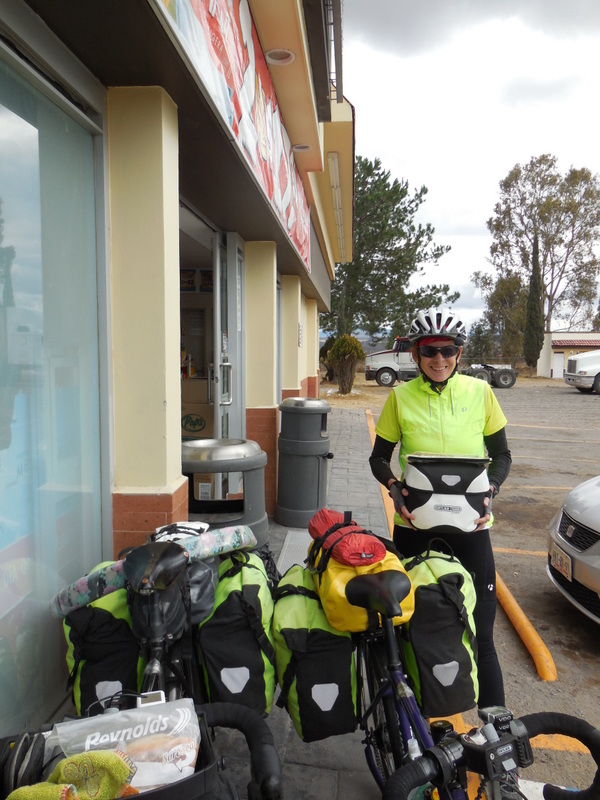 All smiles out of the wind

Nancy picked out a great little hotel in Huichapan (Villas San Francisco).  When we arrive their big gate was locked and we couldn’t raise anyone with either of the doorbells.  No problem, the neighbour from across the street came out, talked us and called the owner – who was only a few minutes away.  The hotel is nice, only a short walk from the main square.  Great result as we were too tired to wander around looking for something better.

Our home for the night

For dinner we walked to the main town square where the Sunday market was just winding down.  We stumbled on a restaurant that fellow bike tourists Linda and Mike ate at back in 2015 – Los Serena Gorda.  We sort of rolled the dice and picked random shrimp meals, both of which turned out great. 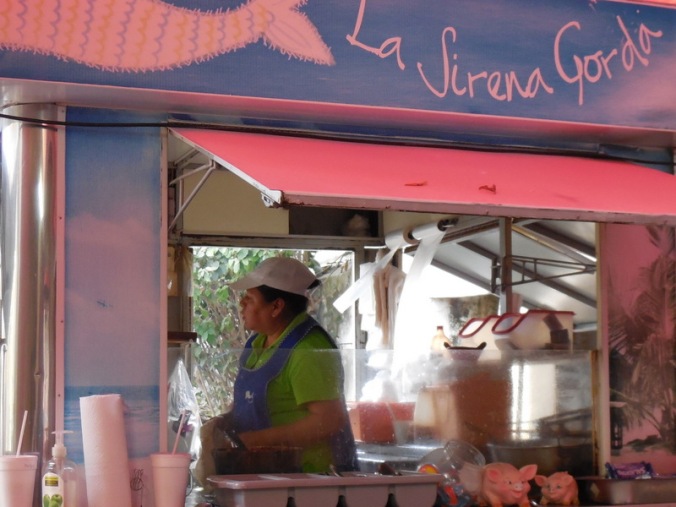 The cook at Los Serena

Door of the day – $ means “for sale” here in Mexico

Tomorrow’s forecast is for low temps, maybe some rain, and more headwinds.  We are agreed that if there is snow in the morning we are not riding.  We have a fairly short day planned so with dry roads in the morning, we’ll head out.  The nice thing about a double day is that you feel that you now have a day in hand, should a snow/rain/I don’t feel like riding day need to be taken.  We don’t really have a schedule but judging against Nancy’s Master Plan for these two weeks, we are now a ahead – woohoo!