It rained last night – the sound of rain falling was very strange to hear.  We can’t really remember much rain on this trip so far.  We could only recall riding in the rain a few days so I did a quick search of our past blogs.  Here’s the story.

May 22 – Our first day, Fairbanks, Alaska – most of the morning

Only 5 rain days out of 250 days, not too bad.  Add in that rain hasn’t fallen past noon on any day, well, a little rain overnight on a rest day seems trivial.  Weather has gotten a little cooler and the forecast calls for lower temperatures in the coming week, and maybe more rain.  We just have to keep saying 5 out of 250 – focus on the positive.

It was cloudy most of the day so we hung out, looked at the route ahead and hit the Don Quixote Museum.  I’d bet that a good number of our readers don’t really know who Don Quixote is or what his story is.  If you’re like us, you may have heard of him but the real story, well, that’s all a bit fuzzy.

Don Quixote is not a real person.  He is the creation of a Spanish author Cervantes, from way back in 1605.  Cervantes wrote two books and these works are considered the most influential works of literature from the Spanish Golden Age.  As a founding work of modern Western literature and one of the earliest canonical novels, they regularly appear high on lists of the greatest works of fiction ever published.  Duh, I’m a bit embarrassed to admit not really knowing much about Don or Mr. Cervantes.  Nancy is searching for a kindle download to read – we are both sure that her eldest sister Kathie would be concerned with our lack of awareness.

Observant readers would have noted that Cervantes was Spanish, not Mexican.  Forget that Spain controlled Mexico in the 1600s, Cervantes never made it to Mexico, much less to Guanajuato.  So, why is there a Quixote museum here?  It turns out that a poor young man living in a Mexico City slum in the 1940s was given a miniature copy of the Don Quixote book.  It inspired him to build a better life and eventually he became successful enough collect Don Quixote art works.  He eventually donated the works which were used to get the museum off the ground.  Mexican and Spanish governments got behind the program.

So, even though Don never really existed and Cervantes never made it to Mexico, Guanajuato has numerous statues and a museum of art works.  We liked the art, feel better we know more and now have at least enough interest to learn more about this Don Quixote.

Here are some of the interpretations of Don Quoxite: 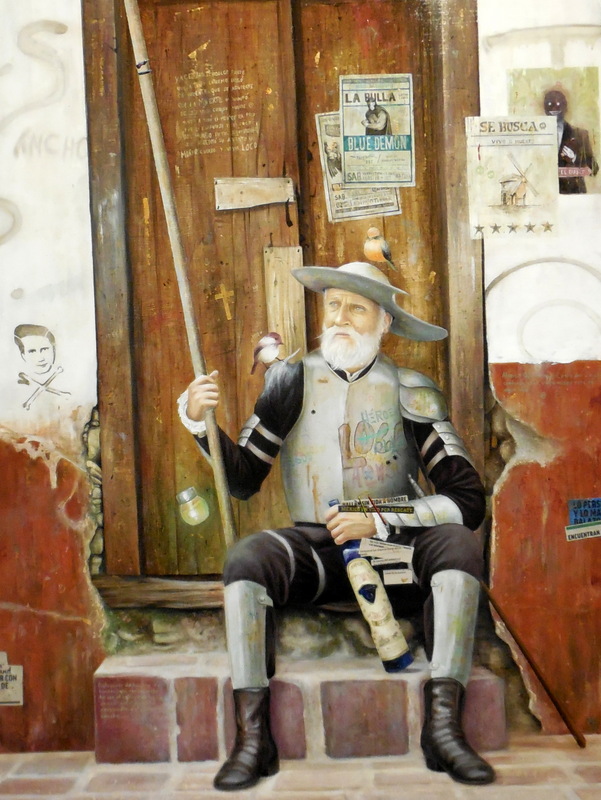 Tomorrow we leave Guanajuato.  We’ve had a really nice break here – we liked the feel and look of Guanajuato.  We’ve got a rough route mapped out to Oaxaca (ok, not really “rough” – for those who know Nancy, there really is nothing acceptable about “rough” – we have detailed plans for the next two weeks).  Now all we have to do is get things repacked – it is amazing how bags seem to explode stuff out everywhere, whenever we take a day off.  I just have to keep an eye on Nancy to make sure that not too many things shift from her bike to mine (Senior editor’s note – Dave has been steadfastly refusing to buy more food while we eat through what we have.  This means that his bags are getting lighter and lighter and he’s got a lot of extra room to take some of the heavy stuff from my bags…).

Here are some other shots from the day: 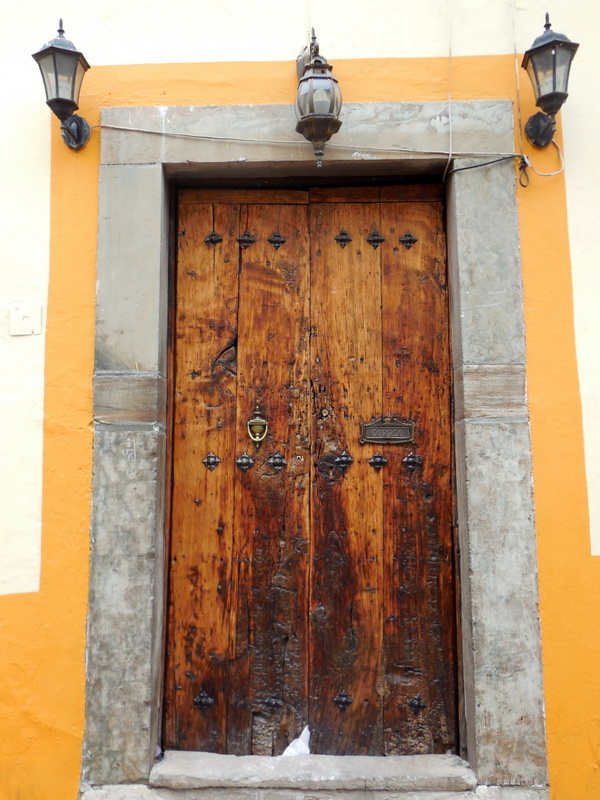 Guanajuato door of the day 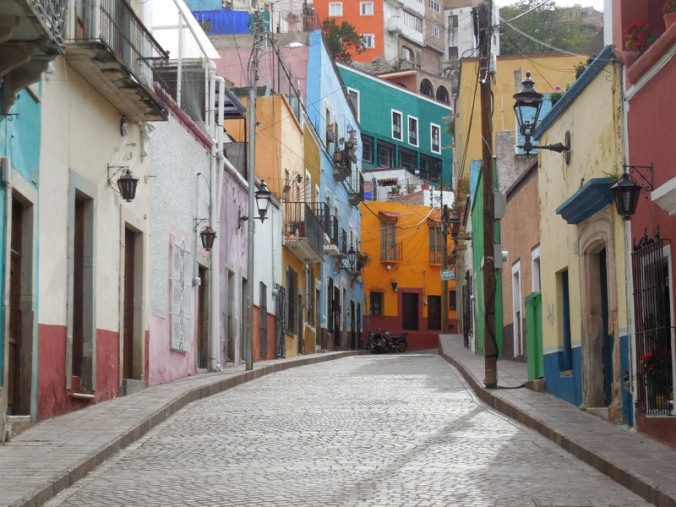 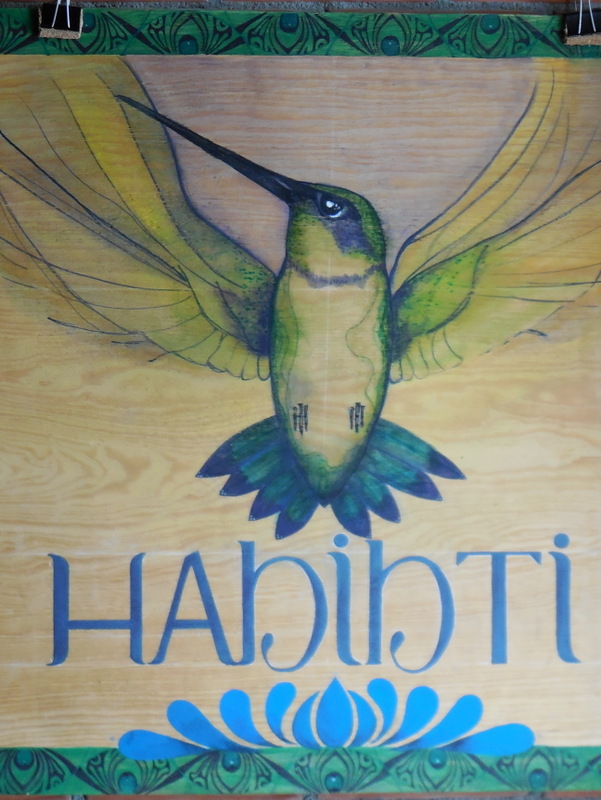 We had a great falafel lunch here

Weird fashion shoot – this woman could not dance