Today we were back in the saddle after three days off in Guanajuato.  Our bed in the B&B was so comfy, one of the best we’ve had in Mexico, it was hard to leave this morning.  One more day there and I think Nancy may have never left.

Our B&B was great in general, but definitely helped by the fact we had Cafe Tal in the building next to ours.  Cafe Tal has been in Guanajuato for 13 years and they roast their own coffee, serve early and late and of course, make a proper espresso.  We did not know that we staying in the building next door when we booked the B&B.  But finding the top ranked coffee spot in Guanajuato was a real bonus.  We made sure to have at least one, often two, coffees every day.  The morning barista had ridden his bike across both the USA and Canada – so it was really a fun place to call “home” for a few days.

I mapped out a route down through Guanajuato that “probably” avoided the tunnels.  We took this route and I succeeded – phew – my senior editor was worried.  We only had to stop and check the phone once while making a smooth exit.  Pretty soon we were riding away from Guanajuato on Highway 67 – a narrow country road with no shoulder and a bit too much traffic.  But the traffic died down once we reached the small town of Santa Fe.  Traffic going back into town was much heavier, glad to not be going that way.

Our bikes this morning – after three days off, sometimes it feels like your wheels are made of wood. 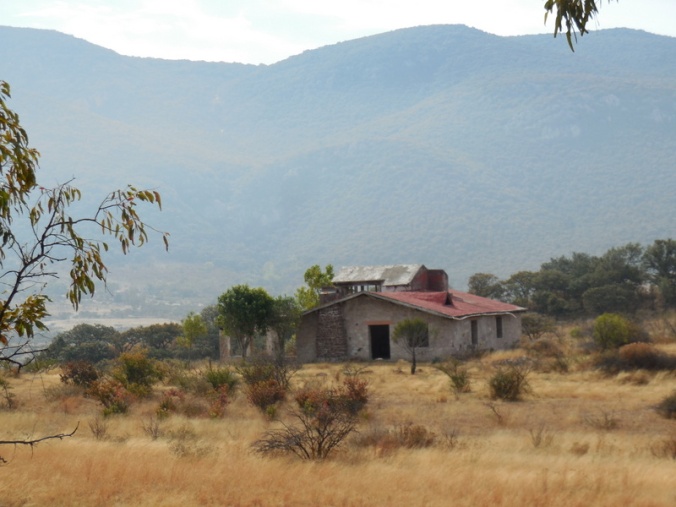 The day was basically up until the mid-way point and then mainly down until San Miguel de Allende.  We seemed to be chasing fog all day, but we never managed to catch up to it.   It was kind of a grey day and we didn’t stop all that much – just put our heads down and climbed until we stopped at a Pemex for lunch.  They didn’t have noodles or hot water but it was ok as we had hard boiled eggs left over from last night.  We covertly ate them while the only clerk checked her Facebook page – thank goodness for Facebook! 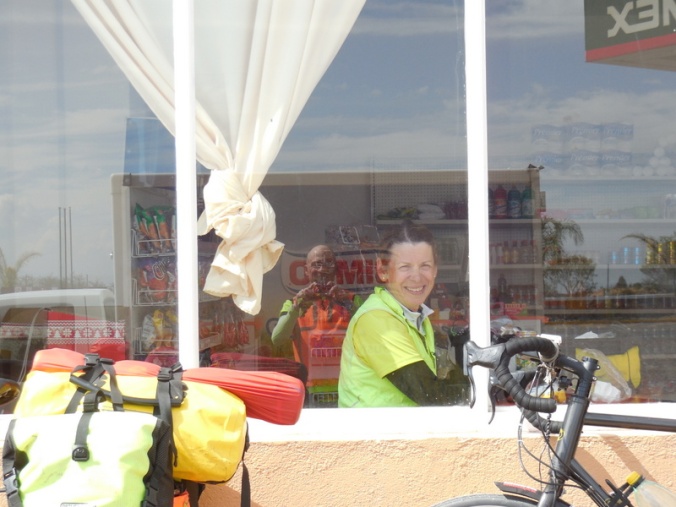 Us at lunch – look close we are both in the photo

Saw this before lunch – never actually saw any Canadian virgins, to our knowledge

The uphill was slow, the downhill fast.  Along the top we had some nice views out to the plateau.  We made good time down to San Miguel de Allende arriving around 1:30.  The last 1k or so was stunning, as in it had a stunningly bad road surface.  We are seeing more and more old-town cobblestones in these plateau towns.  Today they decided that cobble stones were too tame.  They basically laid river rocks side by side, with no mortar.  I think we both would have lost a filling had we not taken evasive action and ridden on the footpath.  The footpath was fraught with danger still, being so narrow that clipping a pannier on a wall was more than likely. 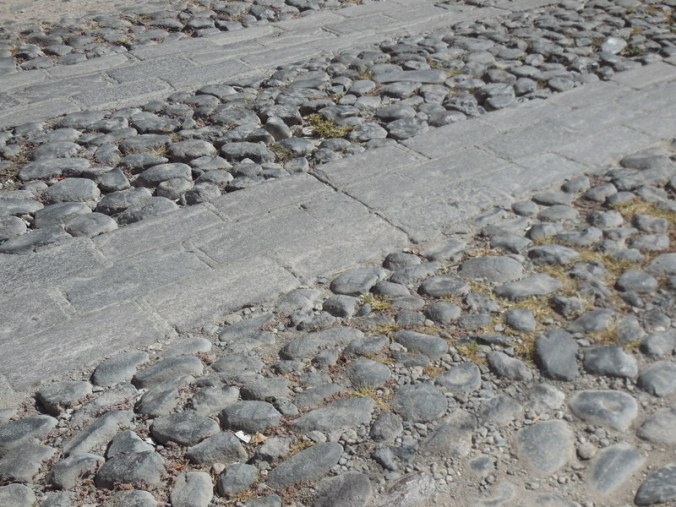 We survived and found our chosen hotel without too much trouble.  It is “ok” but we might have looked further if we had better roads to ride around on.  While we were getting checked in, a Mexican couple stopped us to talk about the bikes.  They spoke pretty good English and insisted on photos when they heard that we’d started in Alaska.

We showered and took a wander through town.  There is rumoured to be a large expat population here and this proved to be true – lots of older, retired looking gringos were out and about.  Lots of gringos means more street sellers and sadly usually more begging.  With the bad comes good, as in good food.  We found a great seafood restaurant and had a lovely meal.  I’m hoping that this makes up for the fact that our hotel bathroom is actually across the hall from our room.  We got a discount for the latter.  My senior editor may not agree that this was a good tradeoff later tonight when she has to rug up to use the ladies.  I’m planning on sleeping through the night. 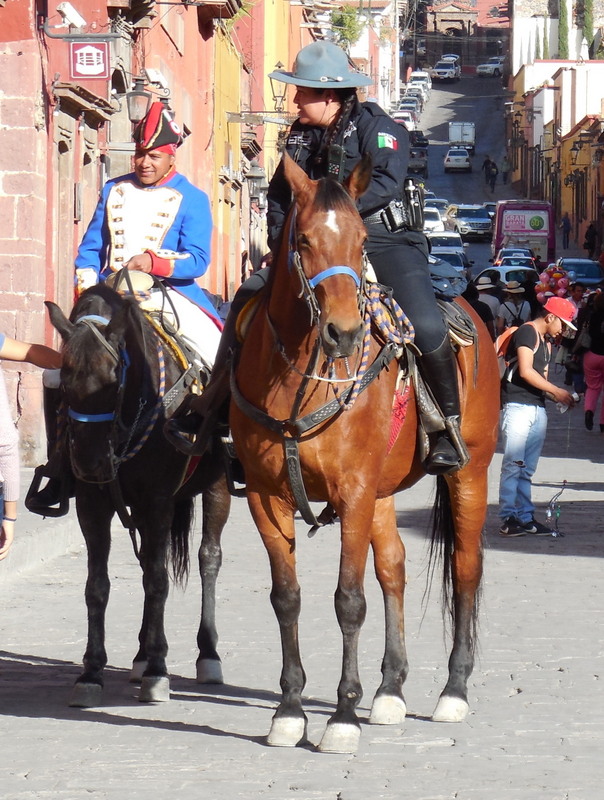 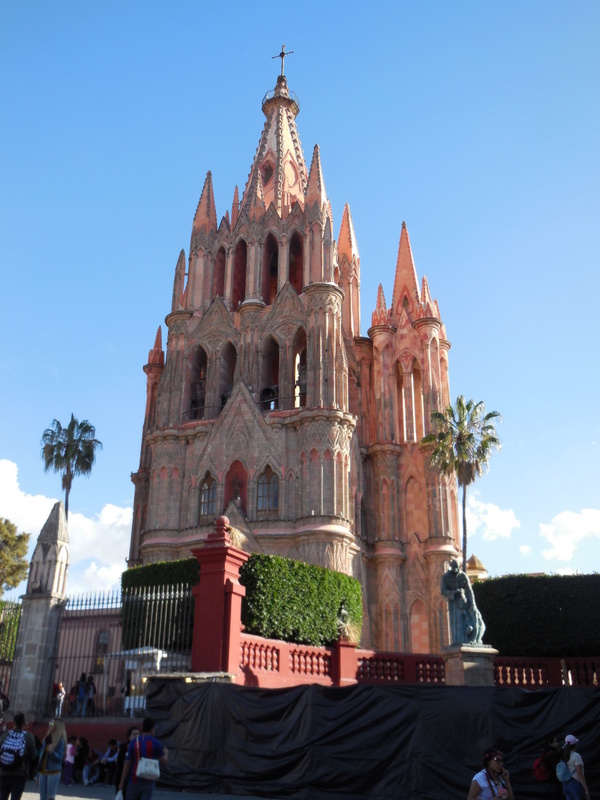 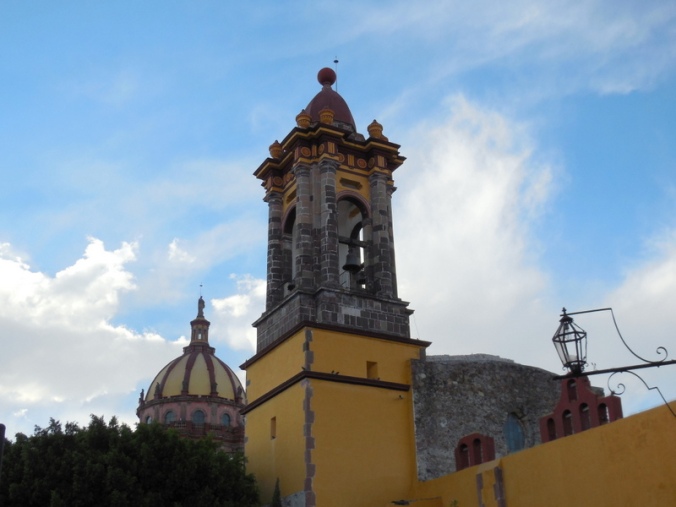 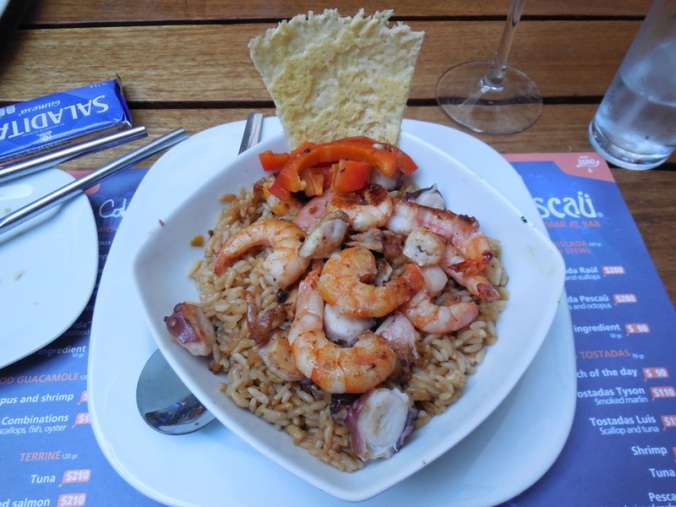 Tomorrow we head for another big city – this time Queretaro and some 2 million people.  We hope that an early start, a slightly shorter day and it being Saturday will mean that our approach is not too difficult.  We know for sure that arriving on Saturday means leaving on Sunday – the best day to escape a big city.  But first we have to navigate a pretty good hill out of here that is unfortunately on more of the rough cobblestone…