We had a hard time leaving our lovely AirB&B apartment this morning.  It’s funny how we get attached to places – it is probably caused by staying almost anywhere for more than a day.  When you move ‘houses’ every day as we tend to do, staying put for a few days (even it is not super nice) feels good.  And our place in Salta was super nice, so that made it double hard to leave.

Photos of our apartment

We were packed and downstairs at 8:30, right on time to meet Rodrigo for a key hand off.  He and his wife are super hosts that we’d recommend to anyone heading to Salta.  Yeah, I know, how many of our friends are heading to Salta any time soon – not too many – anyway, you get the point.

The first 3k out of town was on a bike path.  Well, technically they were into town, not out, as we were staying on the north side of town and for the rest of this trip we are heading south more or less.  The bike path was a nice gesture but it was one of those odd paths that they put in between the two traffic lanes, meaning that every intersection, bikes are required to stop and let the cars go.  I like the idea of towns putting in bike paths but there is so much cross traffic with cars coming from almost every direction, I’d hate to think of anyone other than a very experienced cyclist using this path – for fear of hitting or being hit by a car.

Better than being in the traffic – mostly

The city of Salta has close to 750,000 residents so it took some time to break out of the southern end.  Traffic really died down after about 10k but we still had the odd city bus and not much of a shoulder on the road.  So far, Argentina roads have virtually no sealed shoulder outside the white line.  They have a good 3 to 4 foot shoulder, it’s just not sealed or paved.  So, in an emergency, we could bail off the road and probably not crash but I’d trade the 3 or 4 foot gravel shoulder for a 2 foot sealed shoulder any day.  Today the shoulder was just like the first 4 days – at least most of the traffic is very polite.

Meet a nice couple from Solvakia today – Mirca and Mato (spelled incorrectly I’m sure).  They started in Ushuaia and are heading north until they run out of money.

Speaking of things we don’t like about Argentina roads brings me to two things we really like – that is a good proper espresso and fresh baked empanadas at roadside cafes.  We stopped at an ordinary servo for a bio brake and to check morning tea options.  We ordered two cafe cortados and they were done perfectly, plus they came with a glass of sparkling water to cleanse the palate – sure, that will do.  For lunch we pulled up a non-descript roadside restaurant and ordered a big plate of empanadas.  You have to wait for them to be cooked but fresh steaming empanadas, served with just the right temperature hot sauces, are hard to beat for a tasty lunch or mid-day break. 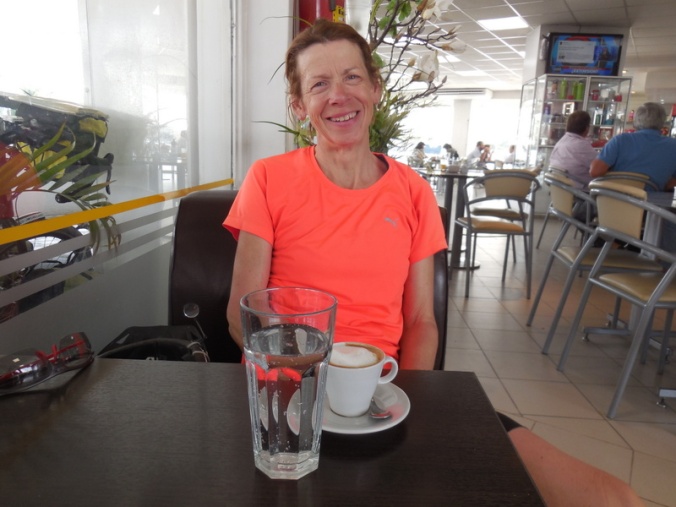 A perfect cortado and sparkling water – what more could a girl want? 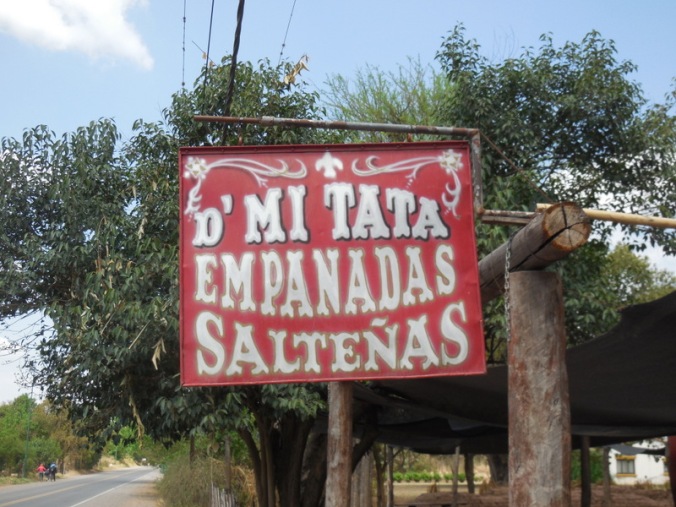 Before arriving in Argentina, we’d heard that folks here still hold out hope to one day regain the islands but until today, we’d not seen references to the war.  Our host on “food coma” night, who was 27 years old and born after the war, said that people in Argentina didn’t care about the islands anymore.  He made several comments about how silly it would be for the Argentina navy to take on the UK – Argentina has one submarine having lost one 6 months ago in that accident you probably heard about on the news.  And more importantly in his mind, they are “worthless rocks out in the ocean that cost more to keep open than they are worth.”

Well today, we saw part of the other side of the dispute and how other folks feel.  The Argentineans lost 649 people in the war and Salta (the state we are in) lost 34 people.  The value of the islands could be open for debate but losing a son or daughter while trying to fight off a former colonial master, well, that would tend to make one significantly more passionate about the topic.

We had a short 22k to ride after our empanada lunch and debated riding further.  The distance between Salta and Cafayate is a little over 200k so we could cover it in two days, but there are some things we wanted to see along the way and we have some time in our schedule.  The thought of putting in another big day or two was there but in the end we decided to stick with our original plan and cover the distance in three days.

Seen on the road today – “Love Australia” – how about that!

Garbage pick up here is from the “basket” in front of your home – you just chuck bags of garbage into it.  The basket was “arted” up by a local. 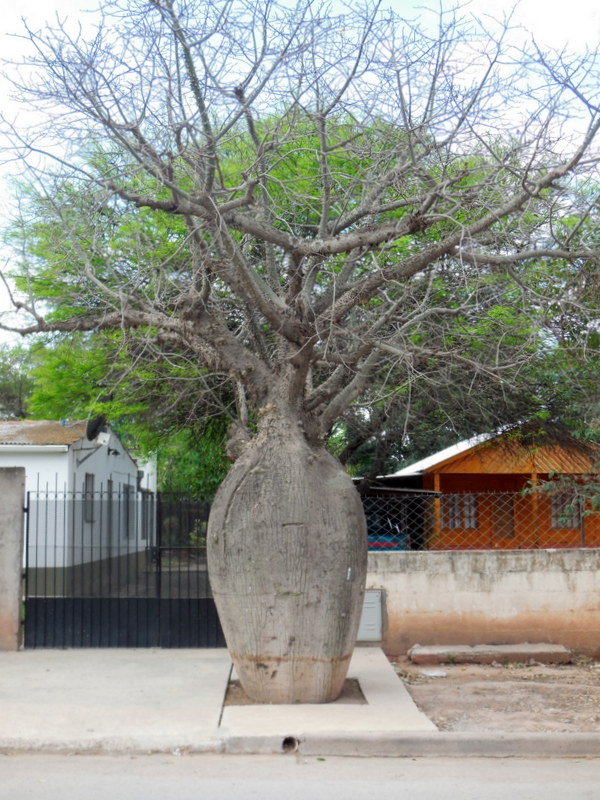 Also seen on the side of the road – nice boab tree perhaps?

We were going to camp today at a lake outside the town of Coronel Moldes – about 5k off route – but we stopped in Coronel Moldes for an ice cream and discovered that the Hosteria Cabra Corral was having a special on their rooms.  With about a 2% chance of afternoon thunder showers and a fancy, bidet equipped hotel room on offer, well we took the soft option and grabbed the room.  Our 3 day to Cafayate plan involves camping tomorrow night so we will get the tent out again – promise. 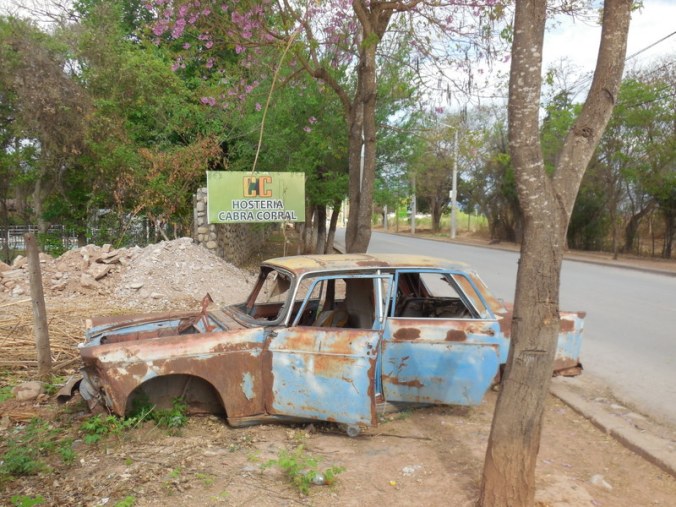 The real world version, when for some reason, you don’t get along with your neighbours

Today’s ride was short and not overly strenuous in terms of climbing but it was really nice to have a leisurely start and not to have to think about riding more than 100k again.  We are supposed to be smelling the flowers (and wines, and empanadas) but sometimes our formerly overly focused workaholic professional brains kick in and we push on.  Today, our more casual selves won out.

Tomorrow we are heading for the “Devil’s Thoat” or in Spanish, Garganta del Diablo – some sort of natural rock formation.   We are hoping to camp at the entrance so that we can be there early the next morning before the tour buses arrive.  Rodrigo told us that the entire area around the “Throat” is quite spectacular so having some spare time to check it out should be good. 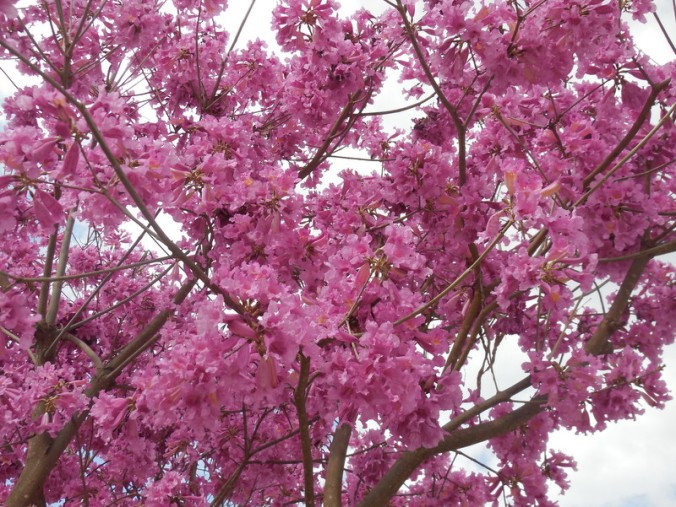