Back to the rough roads today – poor road surfaces, narrow shoulders and too much traffic – but we survived and are getting nearer to the end of the “bad parts”.  We’ve heard from several sources that south of here, mostly the traffic dies down.  We had a lot of farm lands this afternoon, we’ll have more tomorrow but we start heading out across the desert in about 40 miles – we’ll see.

Since we were only planning on 40k today, we lingered over brekkie and the speedy WiFi in the hotel restaurant.  The staff was attentive and friendly – we were the only guest staying and only guests eating at the hotel.  We had pancakes for brekkie, what a treat from our usual oatmeal.

As we were leaving around 10AM, the manager came by to see us off.  He told us that San Quintin was bigger and nicer than Vicente Guerrero – both of us thought, but didn’t say out loud, nicer is all relative.  We made a game day plan change and decided to ride an extra 20k to San Quintin.  Later in the day, after seeing both towns, we deemed it a tie.  Dusty, gritty, bumpy Main Street, dirt side streets – all pretty much the same.  Although, Vicente Guerrero did have a nice grocery store and we didn’t really see one in San Quintin.

The scenery was flat and dirt fields, interspersed with rows of big greenhouses.  We saw bit of livestock but most of the grass was flattened so the cattle must have moved.  We did see one cowboy/shepherd riding a push bike.  He was chasing a herd of goats in a field.  Our road was just about as smooth. 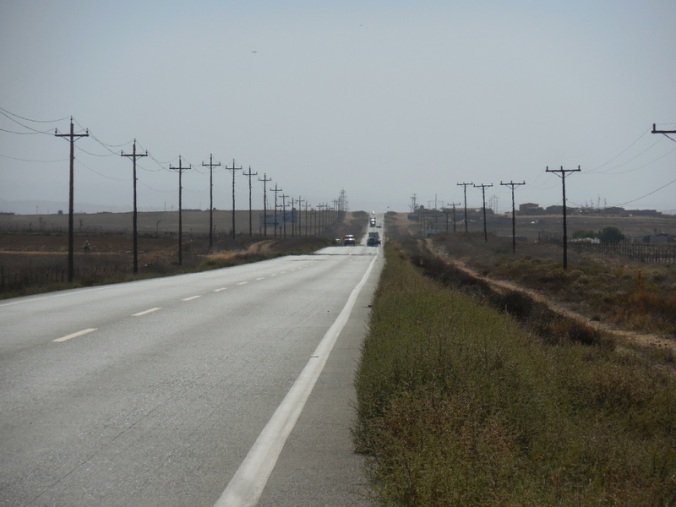 Shepherd on a bike

The road ahead – you can see shoulder good in this one 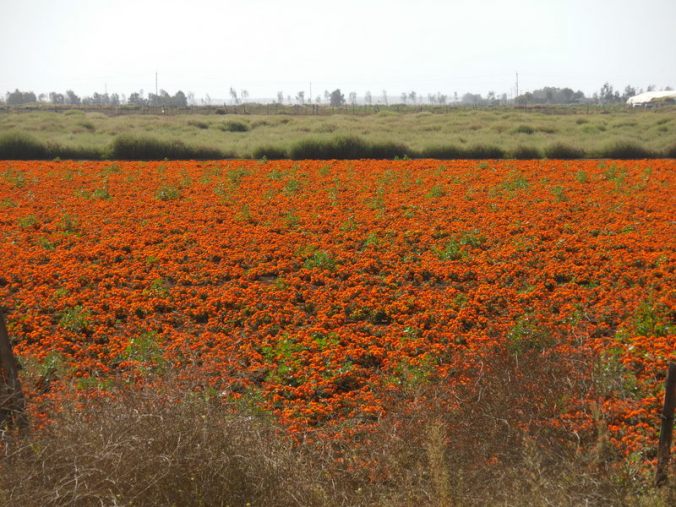 Flowers – we didn’t see much of this

We bailed off the road a few times today when trucks were coming both ways.  There was a small shoulder at times but it was 3 inches below the road surface.  So riding off and back on the road was very difficult.  We mostly just got off and stopped, waiting for traffic to clear.  We rode up a few times – one time I picked up a tack and got a flat rear tire – our second flat of the trip.  We found wide spot in the road where we made the repair.

Perhaps not my best angle

When we reached Vicente Guerrero we stopped at the bank and grocery store.  We bought lunch and while eating ran into Nina and Martin again.  We are in the same town tonight, but they are staying at a Warmshowers.  We had a little chat about “crossing the desert” starting in two days.  Everyone is nervous, but looking forward to quieter roads. 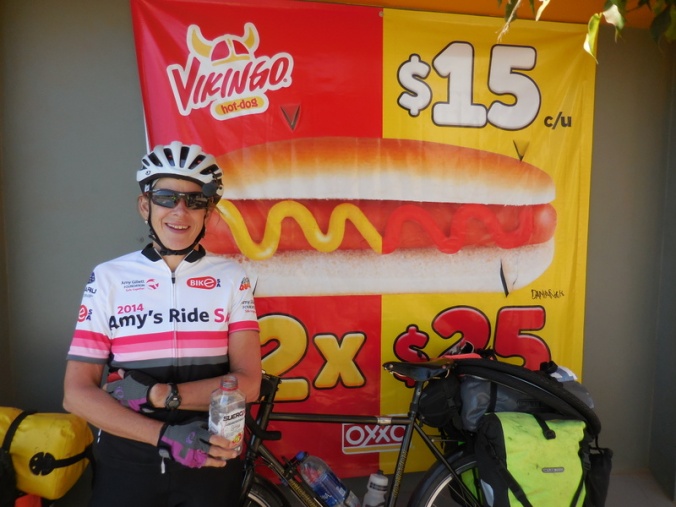 After our added 20k (with more road fun) we reached San Quintin.  We found our hotel, just behind the fancier Maria Celeste (recommended by my Mom’s friend Shirl).  We choose the lower budget Hotel La Villa – it is perfectly serviceable for our budget.

We had dinner across the street at a local Mexican restaurant.  We didn’t really recognize much on the menu so we tried so new things – Birria (basically soup) and Sopes (thick tostadas).  Everything was good, though with a bit of lettuce and tomato on top it was a bit risky.  We are back in the room now – making sure that there are no tummy turns.  So far, so good. 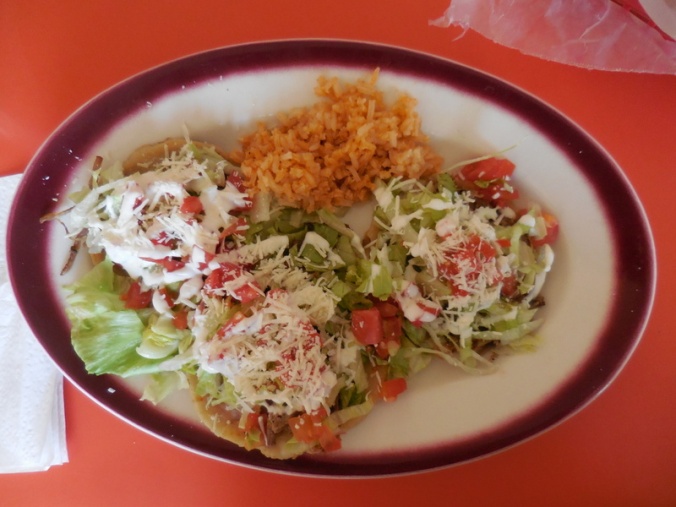 Tomorrow we are heading to El Rosario.  We have a couple hotels lined up.  We are looking to have dinner with Frederik.  We’ve been about half day ahead of him for a couple of days now.  We’ll probably ride the desert stretch with him – strength in numbers.  There are a couple of long days (75+ miles) with quite a bit of climbing ahead – that’s the ‘across the desert’ bit.  But that’s not tomorrow, so we won’t get ahead of ourselves. 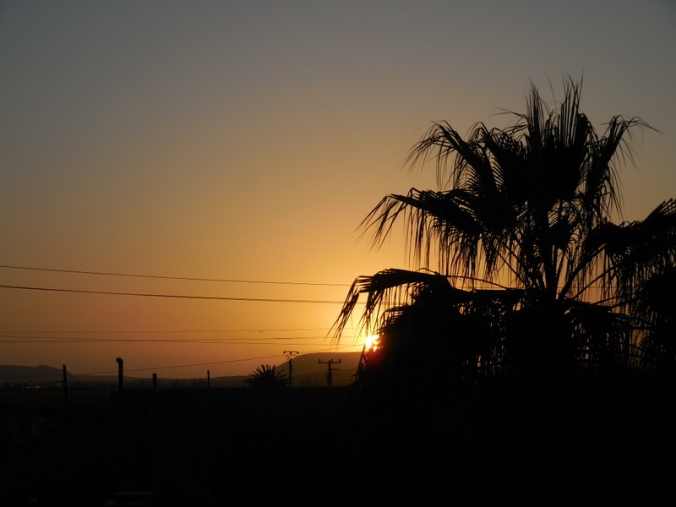 All that dust makes the sun glow