We hit the road today after a nice relaxing day off in Cumberland.  Yesterday we didn’t do much but wander the town a bit, drink some nice coffee, eat some good food and do some planning for our route into Portland.  Cumberland is one of those towns where you can just relax though there are lots of mountain biking trails in the mountains outside of town if that is your interest.  The hostel that we stayed in, the Riding Fool Hostel, is a great place and we would highly recommend it to other travellers.  Some photos of why we liked Cumberland below. 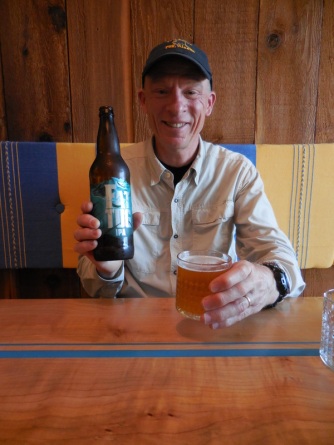 We woke up to blue sky and sunshine this morning, which always makes it easier to get on the bike and start riding.  From Cumberland we had a nice downhill to get back to the Inland Passage waterway.  From there we rode beachside for about 50k, through lots of little beachy towns where we watched people heading out in kayaks, fishing boats, and hanging out at coffee shops along the way. 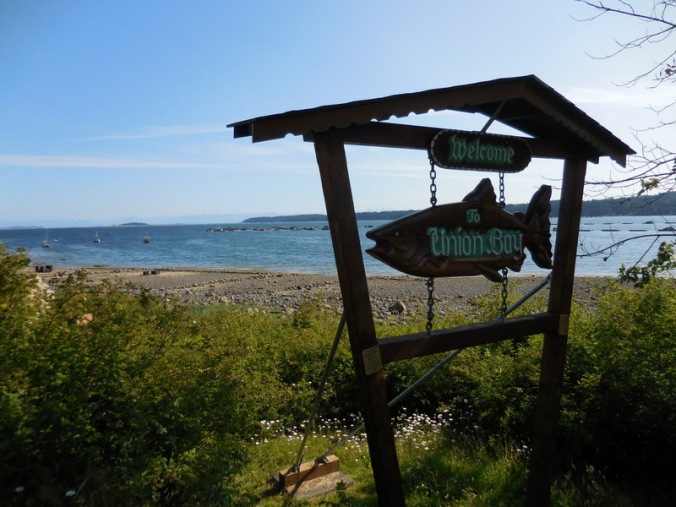 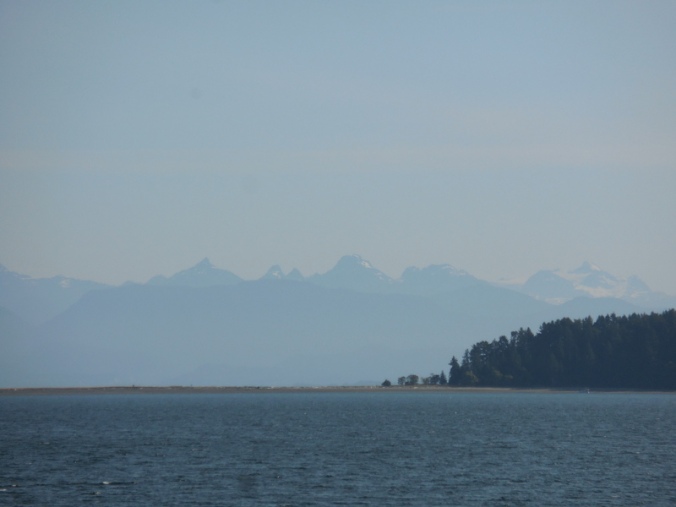 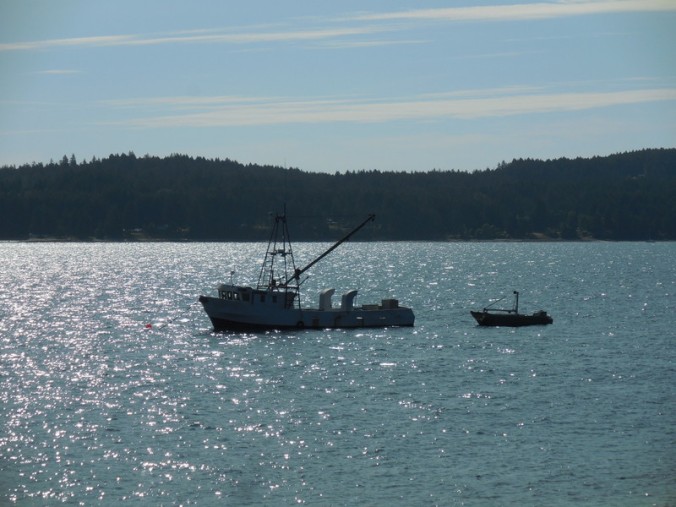 The connection of the villages to the waterway is clear as you pass through each of the little towns.  Along the way we saw lots of fresh fish, scallops and fishing boats.  There are also quite a few spots where there are oyster beds just off the sand.  Lots of fish and chips for sale, but it was a bit too early in the morning and we had too many kilometres to ride for us to start eating fish and chips!   Random beach scenes follow.

We finally stopped for morning tea in a little village called Bowser, where we pulled into a shopping area where we found a nice little coffee shop.  Hard to resist blueberry scones and sausage rolls did the trick, with some good coffee to keep us going. 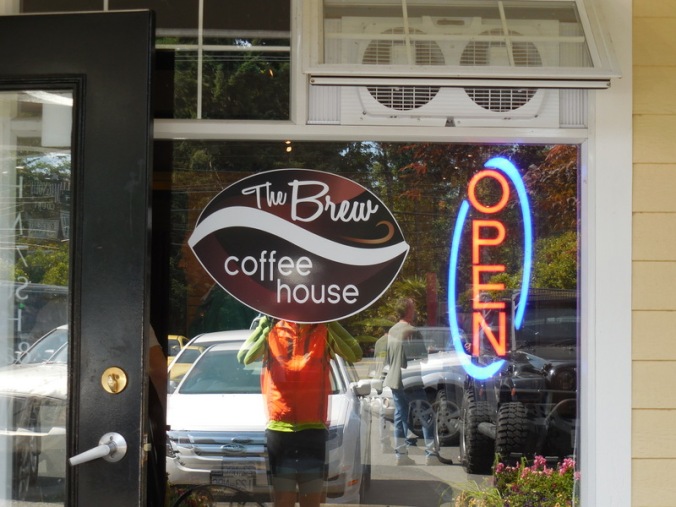 After morning tea we continued along the beachside, passing through Qualicum Beach where we found an electric vehicle charging station on the side of the public washrooms – pretty forward thinking up here in Canada.  Lots of eagles swooping around – they have gotten so commonplace that we often don’t even notice them now. 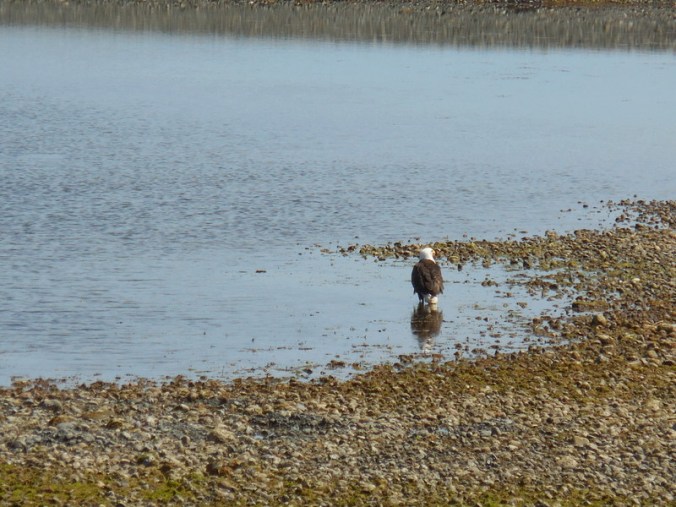 Traffic started to increase as we headed toward Parksville, the biggest town we have been through for awhile.  The road left the beachside and we found ourselves in strip mall land, with lots of traffic – not a lot of fun riding through it but we really didn’t have much choice as there aren’t many roads to get you south.  We stopped to get some supplies for dinner tonight and tomorrow night, and then hit the road again.

The last 25k were on Hwy 19, which is the main north-south (or kind of east-west) highway on Vancouver Island.  Not too fun, but we had a decent shoulder most of the time.  Unfortunately, the speed limit is quite high so we had lots of big trucks and other cars going by us at pretty high speed.  Again, not something we would like to repeat but there is not really a lot of options to get from Parksville to our intended destination in Nanaimo.  It’s not like a freeway in the US, as it does have stoplights along the way, and driveways and roads off of it, but it means the shoulder fluctuates quite a bit and you have to stay on your toes and pay attention.

Nice view from the highway, when you could look up

But most of it was this, heads up and alert, on the job today

We gritted our teeth and kept pedalling and finally arrived at Jinglepot RV and Camping around 3:30 or so.  This place is very interesting – it is quite close to the highway so there is some noise but the grounds are more like a garden than an RV park.  The owner obviously puts a lot of effort into the garden areas and lots of the flowers and plants are blooming right now.  It is quite pretty, and there are nice plantings between each of the sites so while they are close the foliage provides some privacy.

Tomorrow we head to Salt Spring Island, taking a ferry from Crofton to the island.  We have heard nice things about the island so are looking forward to exploring it a bit.  Hopefully we’ll see lots of farm stands to investigate.  The weather forecast continues to be blue sky and sunshine so it should be a good day.