Well, what a day.  It feels like we are in a different world now, with both good things and not so good things.  We started off with a long night of rain, which started yesterday about 4pm and continued for most of the night.  It made for pretty humid conditions in the tent and there is something quite depressing to waking up to the sound of rain, knowing you will have to pack up a very wet tent.

We actually got a short pause in the rain showers this morning that allowed us to move all of our bags into the small gazebo near us.  We packed up and made breakfast in the gazebo while the rain squalls came through.  We finally got a break to pack up the wet tent, and set off about 9am in light showers. 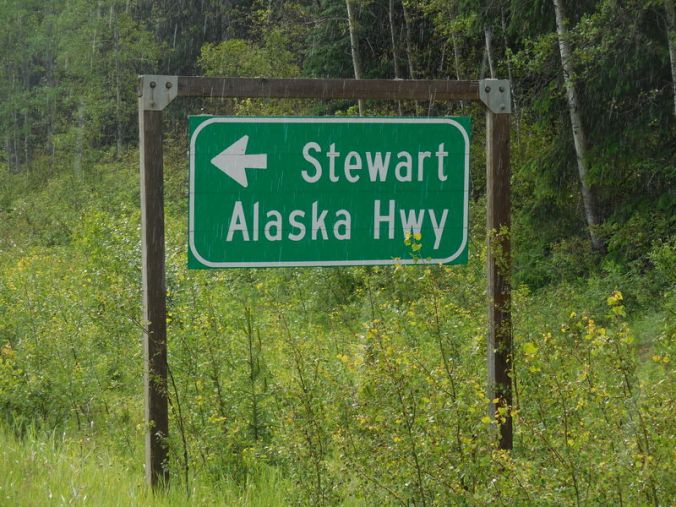 Rain coming down – Alaska is behind us now

It wasn’t too long before we came to the junction of the Cassiar Hwy and Hwy 16 – the Yellowhead Hwy.  Yeah – we have reached the end of the Cassiar!  Almost right away, it felt like we had entered a different world.  The road was much wider and busier, with rumble strips on the side and a very wide shoulder.  And, within the first 5 kilometers we saw 3 fruit/produce stands – wow!  We stopped at the first one, where we found a few veggies, some homemade bread and, surprise surprise – little loaves of banana bread!  Well, of course we had to buy one of those – just the thing for morning tea.  The next stand had zucchinis and plants for sale.  And then the third stand had dried herbs, tea, rhubarb, lettuce and – wait for it – fresh baked banana walnut muffins!  Well, of course we couldn’t pass up a couple of muffins.  We paused for a minute to eat a few bites – delicious.

The road made its way through a deep canyon, most of the day rolling alongside the Skeena River.  It is quite a strong flowing river – the water looked quite cold and was very silty and grey.  The rain came and went and roads were quite wet so we were getting nice and dirty from all of the road spray. 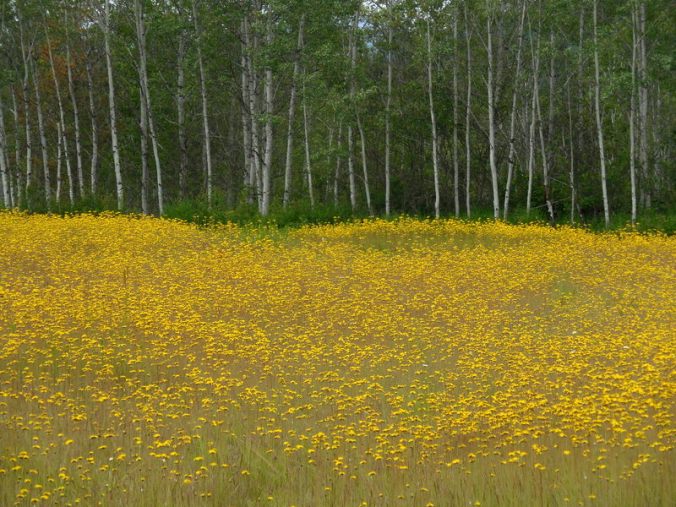 Near the river – dandelions and birch trees

Fun motorhome we spotted…  Made of Canadian photos, in mosaic.

Despite the rainy weather we had some interesting sights today.  Early in the ride we passed by the Seven Sisters Peaks National Park.  We couldn’t see all of the peaks from the road as they were shrouded by the clouds, but a few of the peaks did pop through the clouds to give us a taste of what you might see on a clear day.  Looks very beautiful. 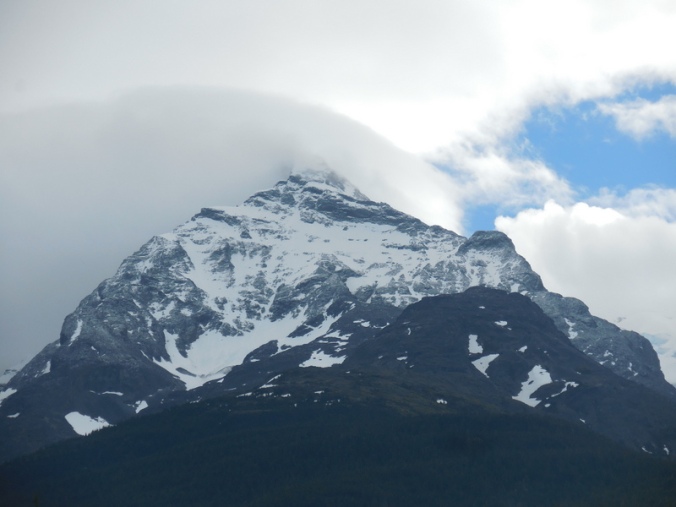 One of the sisters

About 25k out from Terrace we stopped to visit the Usk Pioneer Church, which is set right off of the highway.  It is a teeny tiny church that is open all the time for visitors – not that many could visit at the same time!  It is a replica of the original church that sat on the other side of the Skeena River that was washed away in a huge flood in 1936.  Right near the church was a large wooden statue and memorial to forest workers that have died working in the forests. 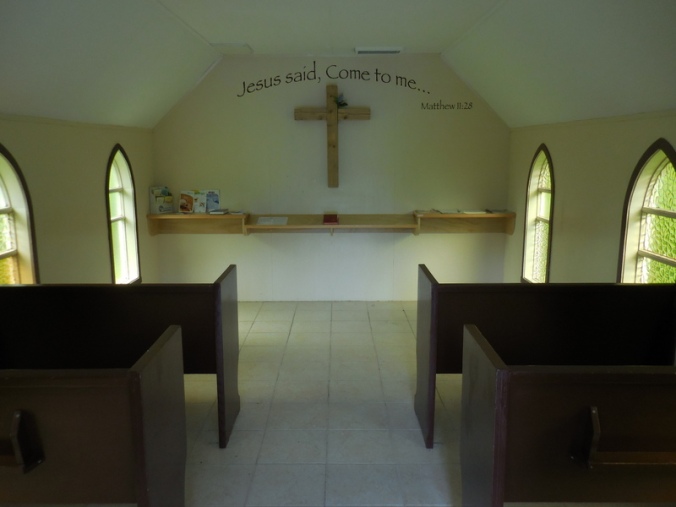 Inside – seats 12 people if full

Then the day got a bit strange…  Earlier in the day we had a car go by us and honk in a not friendly way.  We were riding safely, only going into the edge of the roadway when we had to to avoid debris on the shoulder.  We have had great experiences with traffic so far on this trip – everyone giving us lots of room, including big trucks.  No issues at all.  This car was the first one that gave us any negative reaction.  Then, about 15k from Terrace, our destination for the day, the car passed us a second time and after it pulled over to the shoulder in front of us we had an unfortunate interaction with the driver.  We won’t go into much more detail but we rode straight into town to the Royal Canadian Mounted Police station to make a report.  Not to worry, no physical damage to bike or person other than a couple of bumps and scratches.  Certainly not what we expected after making it through the bears on the Cassiar but we will put it behind us for now until we get on the ferry.

When we finally got to the hotel, Dave made the big decision to end his ‘big beard experiment’.  He wasn’t too thrilled with the feel of the beard, despite the mosquito barrier it might provide.  I think I am happy to see it gone as well! 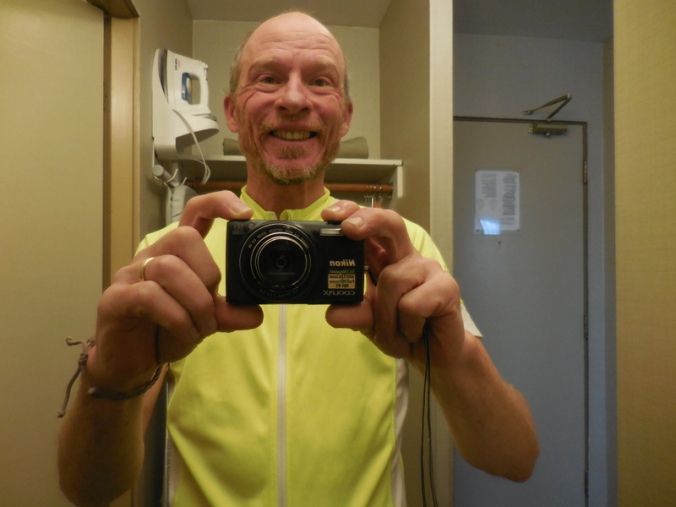 We went just next door for dinner at the Blue Fin sushi bar – something else we haven’t seen since we left Oregon.  Great food and a nice glass of wine makes everything better!  We are off here tomorrow and will do some resupply and research on Vancouver Island.  Rain is forecast for tomorrow so it sounds like a good day for a day off.