It was supposed to be a shorter and thus easier day, but the winds did not co-operate.  We manage to ride all of 75k but it we were out in the wind longer than we felt that we should have been.  We seem have left the big mountains we’d been seeing in Alaska and are now seeing lots of lakes with long forested vistas.

The campground was quiet in the morning, complete with nice sunshine.  It probably only filled half way last night and we were the only ones in the tent camping area.  We had a leisurely brekkie on our knoll overlooking the lake – very civilized.  One of the other campers stopped by for a chat – a local from Whitehorse who’d been coming to the lake for 30+ years and knew it when it was pristine – we thought it pretty pristine now as well!

Nancy’s bear spray didn’t get used at the camp last night but she wanted to report that it is with her all the time.  To her friends at CEFC, here’s a couple shots of Nancy and her holster – thanks again for the kind departure gift. 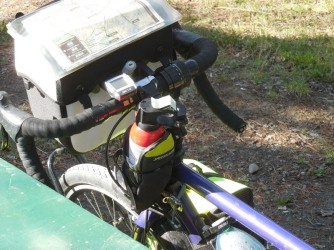 We had 20 rolling kilometres before our first break of the day at Johnson Crossing.  On the way there, I spotted a trailer license plate – small enough to fit in my bag and be my official Yukon souvenir.  I spotted one the other day that I could have picked up and shipped back with Chris.  This one I’ll have to carry all the way back myself – at least the trailer size is smaller – not that our bags needed any more junk! 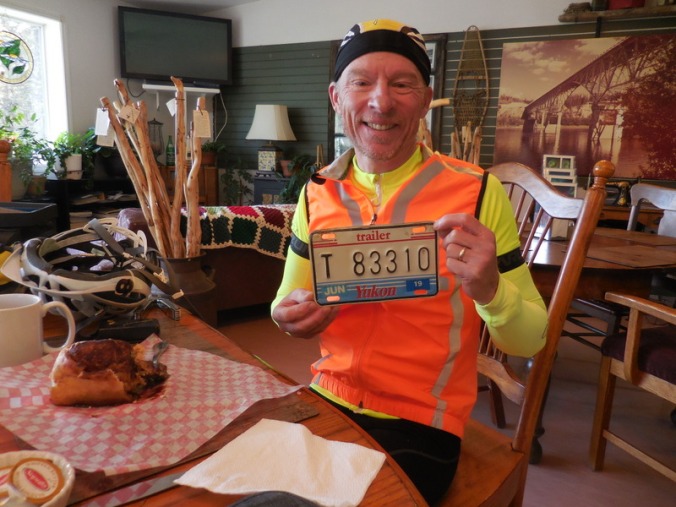 At Johnson Crossing, we stopped for a scone and cinnamon bun.  We’d heard from a couple of the north bound cyclist we’ve met that the buns were worth a stop.  They were.  I can’t believe that I ate the whole thing – it was so rich it must have had a full cube of butter in a single bun – yum.  Nancy’s scone was good as well, I was forced to swap her a bite – I would have been happy sticking with my bun.

Get your buns in here…  OK 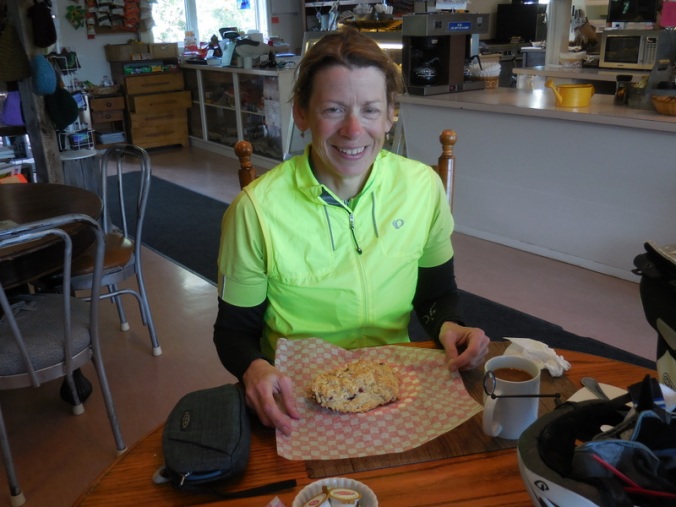 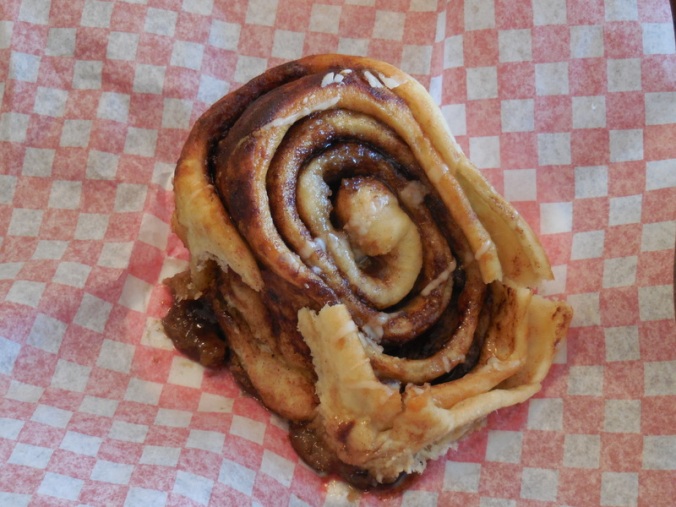 At Johnson Crossing we learned of another project spurred on by the Japanese bombing of Pearl Harbour.  The US was worried that Japan would block shipping in the pacific and thus access to key oil reserves.  The result was a pipeline that ran parallel to much of the Alcan and a project called Canol – short for Canada Oil.  The project was scheduled to cost $30 and ended up costing $134M – over 50,000 people worked on the pipeline alone.  Seems like pretty good value but ultimately, it was never overly useful as the Japanese threat to shipping never materialized. 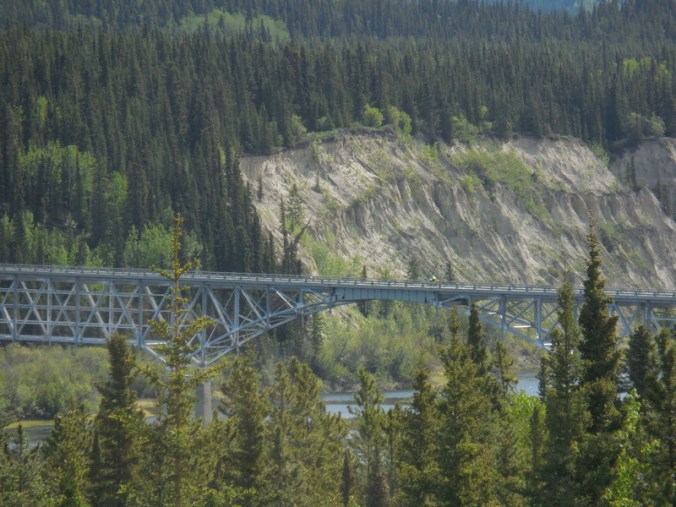 From Johnson Crossing it was supposed to be a lazy, mostly flat spin out to Teslin Lake.  It turned out to be mostly flat, but the wind was back on our faces and not very friendly.  What should have been a 2.5 hour ride turned into a 3.5 hour ride.  At least it was sunny and the views of the lake were quite nice.  And really, where else to we have to be?  At least we’re not at work! 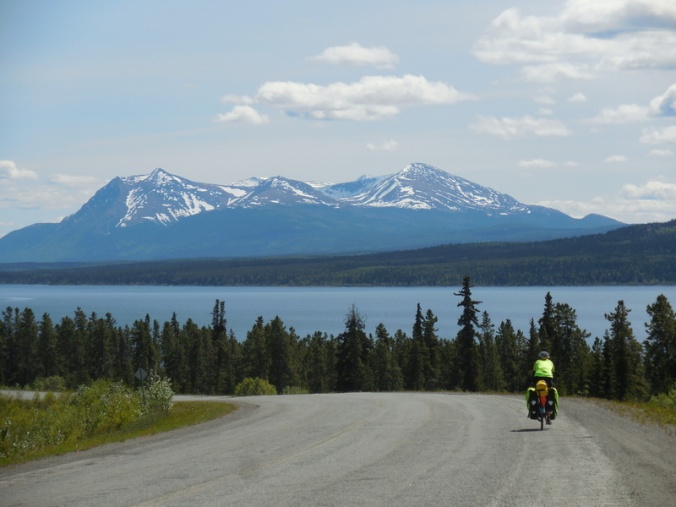 More up on the Alcan

Along this section we were passed by an old army truck celebrating the 75th year of the Alcan.  2017 is the 75th year and we’d seen a few of these rigs previously.  It doesn’t travel very fast and has a flashing light on the back to let other road users know it’s there.  Sounds like us actually.

We eventually made it to the small town of Teslin and the roadhouse called the Yukon Motel.  The campsites are off near the toilet dump station and pretty close to the highway but overall, we’re happy to be here.  We are in the restaurant now, having yet another Alcan Roadhouse hamburger – at least one of us got the salad instead of fries J.  (Editor’s note – just to be clear, the one of us who did get fries is now losing them rapidly to the one who got salad… so no need to sound sanctimonious!)

Tomorrow we are off to Swift River and another roadhouse.  We’ll get back to one of the provincial parks on Thursday.  Forecast for the next two days is 72 and 79 degrees.  Yikes, that’ll be hot.  More headwinds are also called for – a good day for a quick brekkie in the roadhouse and an early start.  Hopefully the road noise will quieten down overnight and we’ll get a good sleep.  For the first time on this trip the tent was pretty hot when we set up everything as it was in the sun, so we’ll see how temps do overnight.