Today we left the hotel about 8AM – on the way out meeting the resident dog that we’d heard so much about – he is big.  Nancy wanted to take him with us but she was out of room on her bike.  Today’s scenery started much like yesterday finished, that is not very interesting scenery.  I was starting to wonder about our choice of routes (Argentina vs Chile for heading south).  Well, after about 25k today, Argentina turned on the charm and my doubts were swept away. 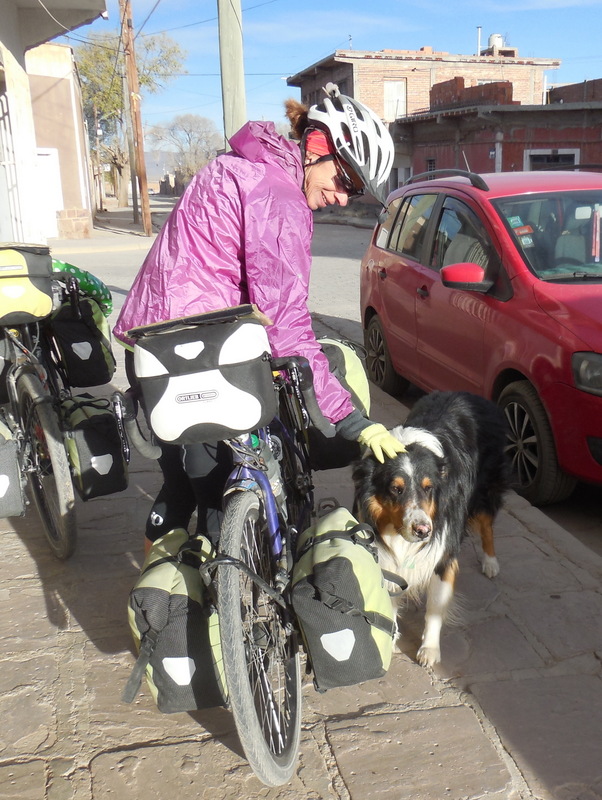 Nancy has a new friend

Based on the ride profiles, we had what looked like a carbon copy of yesterday.  That is the first 25k uphill and the remainder of the ride downhill.  We rode through more of the same big sky desert for just about all of the uphill section.  We were very excited to reach the top and find a summit sign.  Not only because we hardly ever see summit signs anymore, but also because it showed us being at 3,780 metres (12,400 feet), but also because we know that this is just about as high as we’ll go until Mendoza some 1,400 kilometres from here.  We are looking forward to lower altitudes but mostly because of the temperature, not so much because of the thin air. 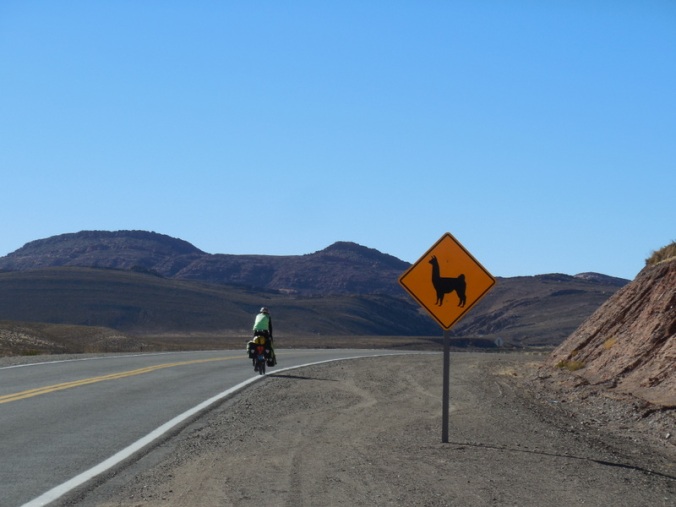 That’s not a llama, that’s my wife!

Bird spotted near the top 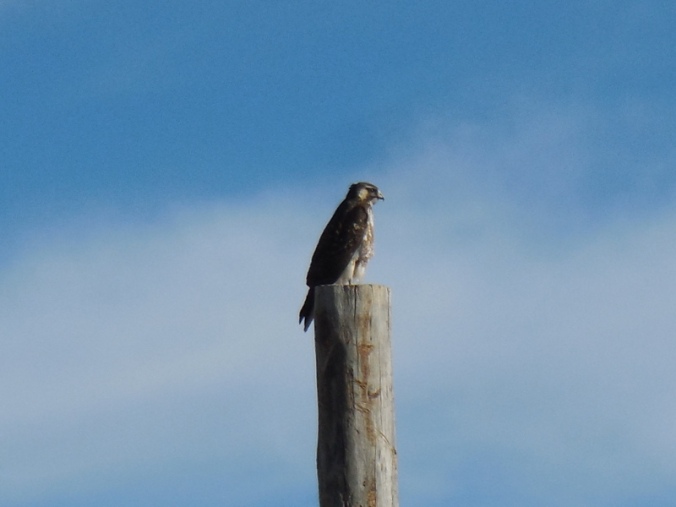 Once we reached the top of the climb, a massive wavy mountain range started coming into view on the left.  This turned out to be something called the Devil’s Backbone and it was simply captivating to look at.  It was if an artist had drawn these crazy wavy lines, thrown in some rock bunches for effect and then decided to colour them all different colours.  We stopped several times for photos and had a hard time keeping our eyes on the road as the ranges slowly passed on our left.  I took too many photos so you win, they are included here.

And the show begins

Seriously, can that be real?

And my favorite shot

As we descended past the mountains and into a larger river canyon, we had more nice colours and rock formations.  I didn’t take as many pictures here as it was nice just cruising and being in the moment.  Plus I didn’t want to upset my senior editor.

Near the bottom of the canyon we started the most remarkable 5k of riding that we’ve had on the entire trip – as far as meeting people goes.  First up we came upon a bus stop where we were going to have lunch.  By chance, Yves and Frederique had stopped there as well.  But I hate to say it (sorry guys if you are reading this!) but they were not the most interesting people at the bus stop – that award had to go to Martin, a 60 year old from Southern Argentina who is walking to Alaska pulling a 180 kg cart on wheels (180 kg is about 400 pounds).  Martin had been at it for a year and hoped to make it to Alaska in 3 more – wow, we are soft! 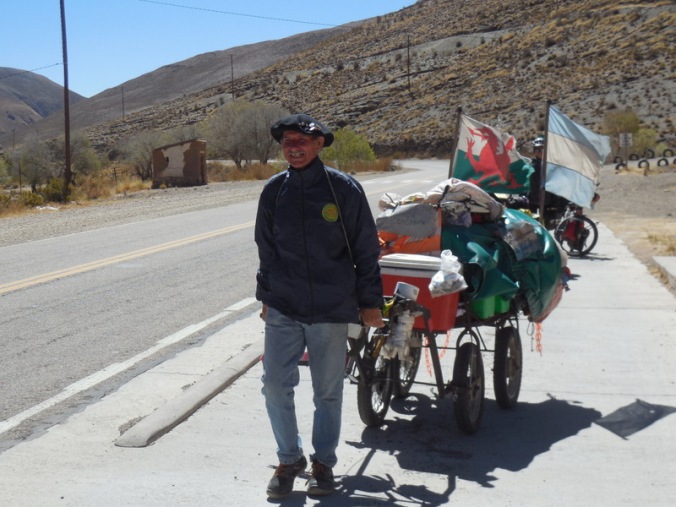 Martin – he is not Welsh but has distant relatives that are

After lots of story swapping and just generally being entertained by Martin, the four of us got on our bikes and headed south.  We’d ridden maybe 1k when coming the other way was another cyclist by the name of Alexis.  He was from Conception, Chile, heading to Ecuador.  He was full of life and great fun to chat with.  He spoke very fast Spanish – both Nancy and I were often on the edge, hanging on for at least some of the conversation. 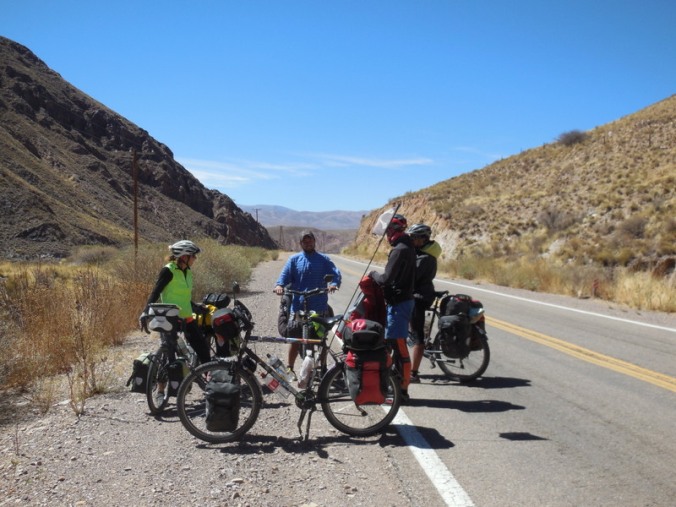 Finally, the four of us headed south once again.  And yes, you guessed it, maybe 2k later, we came across another cyclist heading north.  We stopped again, this time to meet and exchange stories with Christian from Argentina.  He was doing a big loop, over to Chile and eventually back to his home in the south.  What’s really strange about these three meetings is that none of the three knew that the others were out there.  Based on general appearances, I’m guessed that they would all meet in exactly 3.8k from our individual encounters.

We were starting to think we’d never make it to Humahuaca today with all the wonderful chance meetings but we need not have worried.  Soon after saying our goodbyes to Christian, we had a small hill to climb followed by a fast downhill.  We rode with Yves and Frederique for the uphill but our slightly skinnier tires made us faster on the downhills – even if we didn’t pedal.  So we soon lost contact with them and were zipping towards town.

Top of the pass, we are heading right to left.  The wind isn’t, but it’s downhill.

Once in town we quickly found our way to our first choice hotel, Hospedaje La Maison Enchantee.  We arrived before 2PM so we headed out to find lunch, hoping to get another fantastic menu meal – they normally cut-off service around 2PM for the menu.  And boy did we luck out.  Our host recommended a place down the street from the hostel but it turned out to be closed.  Across the street we saw another restaurant with its doors open and tables outside so decided to give it a go.  The restaurant, Aijito, had a menu offering that included 2 empanadas, a main and a dessert.

We had heard a lot about the delicious empanadas in Argentina and this was our first chance to try them – and they did not disappoint!  Great pastry and very tasty fillings, one with beef and one with chicken.  I had the llama for the main dish and on the restaurant owner’s recommendation Nancy tried the locro, which is a kind of meat and vegetable stew.  Both main dishes were also delicious.  The dessert was a kind of flan soaked in a slightly sweet sauce – very nice too.  Argentina is wowing us so far with the food – let’s hope it continues.  Lunch overdoes photos follow:

You can’t believe how good these tasted! 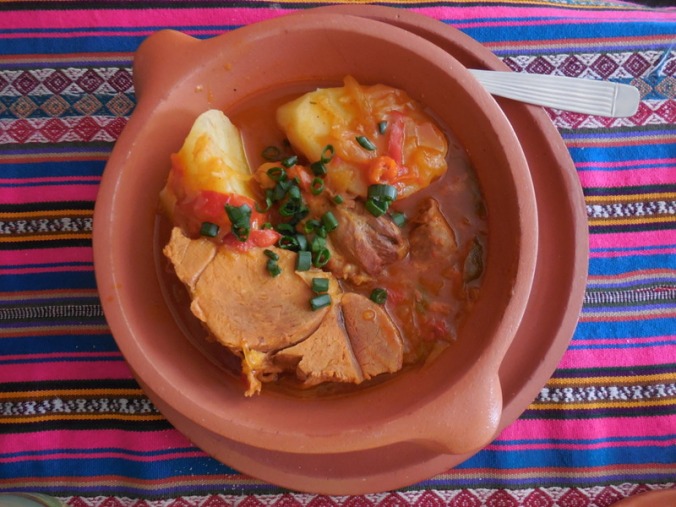 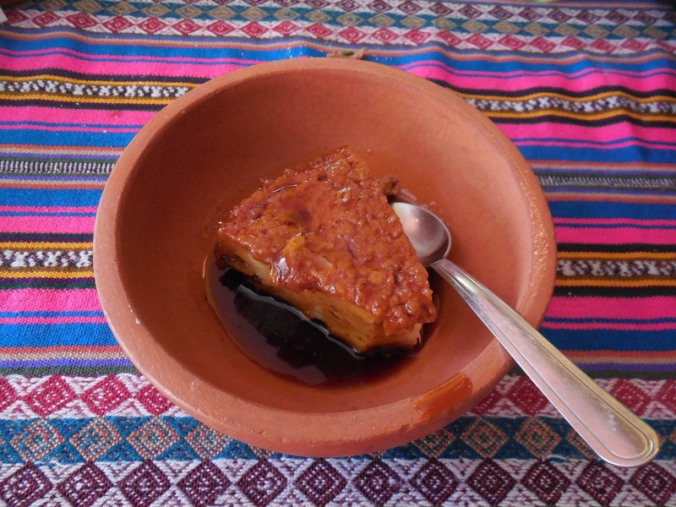 Dessert – and another wow!

After walking back down the street to our room and getting cleaned up we went out to wander the town a bit.  From the highway Humahuaca looks pretty rough but once you leave the highway and get down into the town center it is really a nice little town, with lots of cobblestone streets, restaurants and people wandering about.  It appears to get quite a bit of tourist traffic, we expect to go see the coloured mountains nearby, so there are lots of tourist vans around. 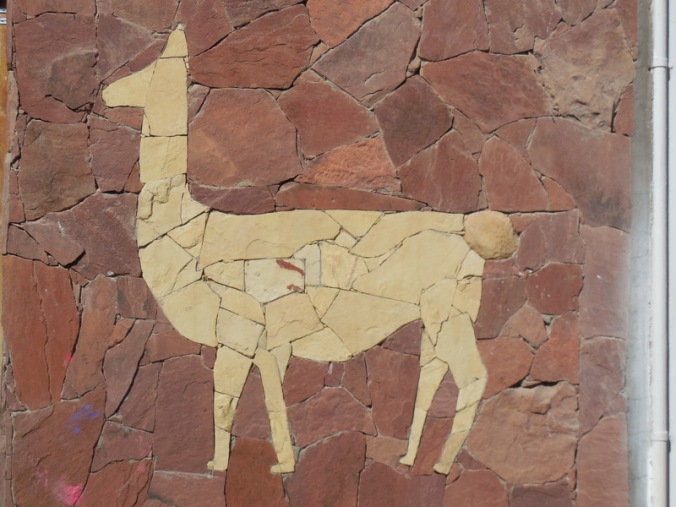 Street bread/cheese/ham seller – these were great as well 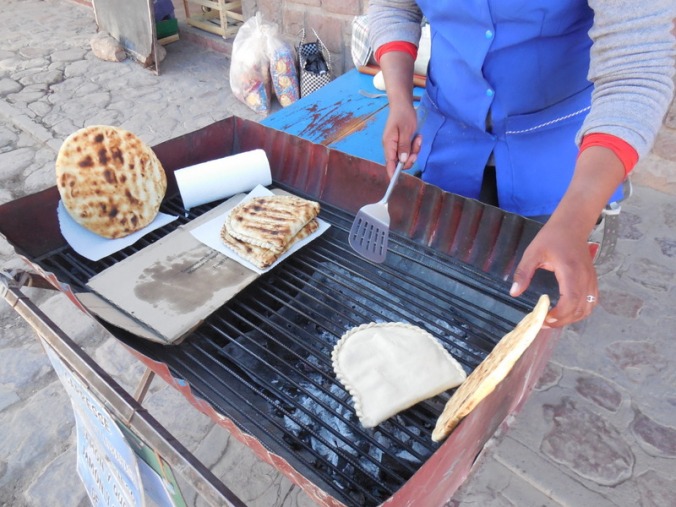 The cook in action

For dinner we decided we couldn’t pass up a good thing and went back to the same restaurant to get more empanadas and tamales take-away.  Yum, yum, yum.

Tomorrow we decided to do a long day and try for Jujuy, a relatively big town about 120k away.  From there we have a day’s ride into Salta, where we plan to take a couple of days off.