Today starts with last night and a fun dinner with bike packers Hanna, Mark and Richard, plus we met another cyclist from France named Natalie.  It was Mark’s birthday so we celebrated at a nice fish restaurant.  We left after dinner as we were riding today, not sure how long the festivities went on.  It was nice to meet Natalie.  She is travelling solo since Newfoundland, heading for the south.  She is travelling on a recumbent bike and pretty much never pays for lodging.  She is very good at stopping at the next farm house and getting permission to camp.  She is brave but also freely admits that being a woman makes it easier to get help when you ask.

That was last night.  Cutting right to end of today brings more cyclists into our travels.  When we arrived at San Marco, we ran into Natalie and another cyclist that we’d heard about, a German named Andy.  Natalie was just getting ready to leave, making it a longer day.  Andy was staying here in San Marco for the night.  While we were chatting with Andy in the main plaza who should show up but Kathrin and Philip (also from Germany).  We haven’t seen them for a week but we thought we might run into them here.  All five of us have ending up in the Golden Park Hostel and are heading for dinner a little later. 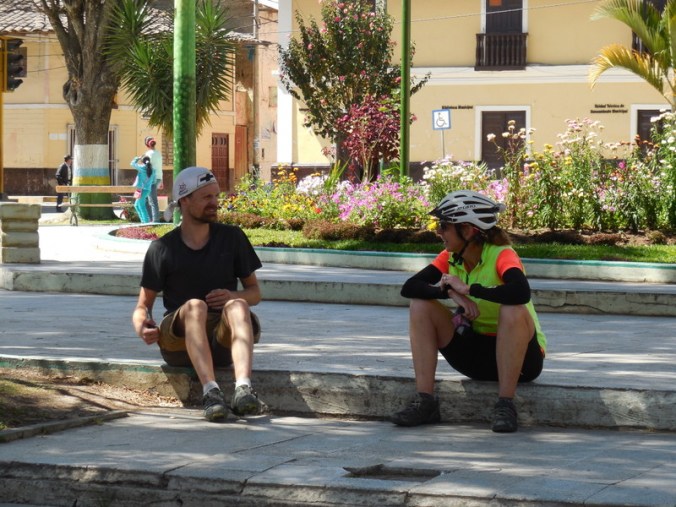 Andy from German and Nancy 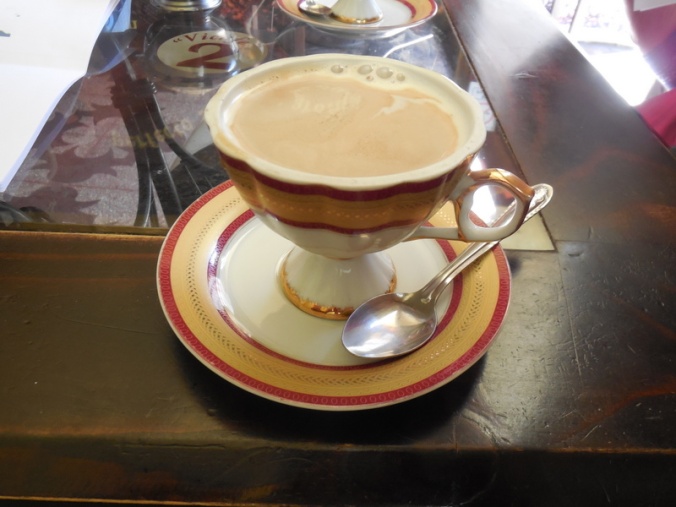 Back to today’s ride…  It was super easy getting out of Cajamarca.  For a city with 200,000 people there doesn’t seem to be much traffic.  And specifically much delivery truck traffic.  Between our route coming into town the other day and the route leaving today, we had very little traffic other than in the main city centre.  We didn’t ride on Highway 8 that heads to the coast but it seemed like we covered a couple of the other primary routes to/from Cajamarca.  To have so little traffic and almost no truck traffic seems odd.  I’m not sure how stores get supplied here in Peru…

We had a shortish day planned and Nancy said that it was “only” 800 meters of climbing.  Well, that’s still 800 meters, or 2,800 feet, so it was not a flat ride.  We had our first climb at about 14k – it was about 7k long.  Near the end there were some switchbacks where road crews were painting new stripes on the road.  They were blocking traffic but let us pass through and ride in the closed lane.  This gave us a nice traffic free ride to the top of the pass.  For some reason, they held the traffic back a long time – I think it was because they were actively painting. 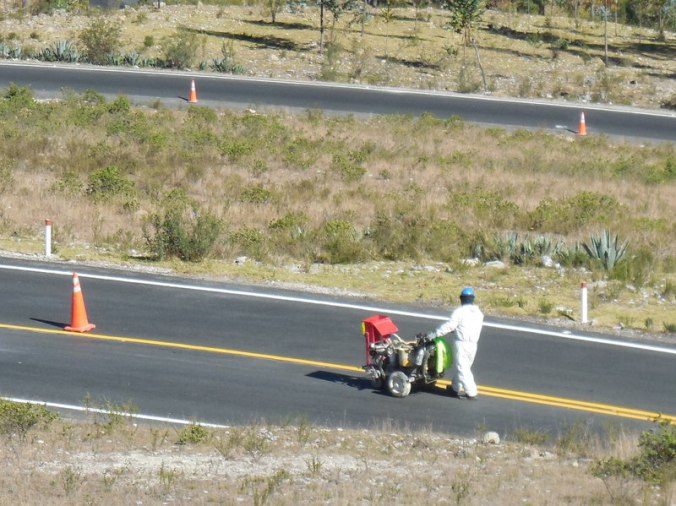 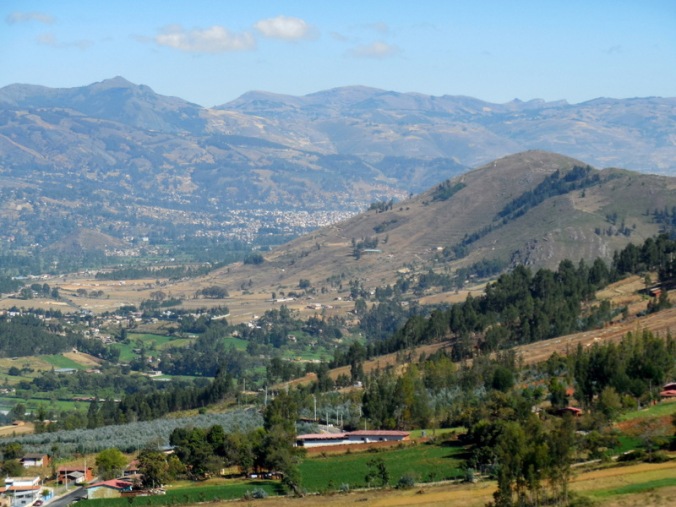 Last views of Cajamarca in the distance

The road surfaces were great all day.  The painting crew was looking after a part of the road where they had put down new slurry/asphalt.  We had this surface all day, some of it so new that there were no stripes, some a little older with stripes, all of it was nice and smooth.

We stopped for morning tea in Namora.  It would have been too early to stop for the day but a nice looking small town if your route dictated.  We didn’t make any other stops expect for photos.  We passed through a town called Condormarca that had a bunch of condor statues.  Unfortunately, even though we kept our eyes open we did not see any actual condors out flying about. 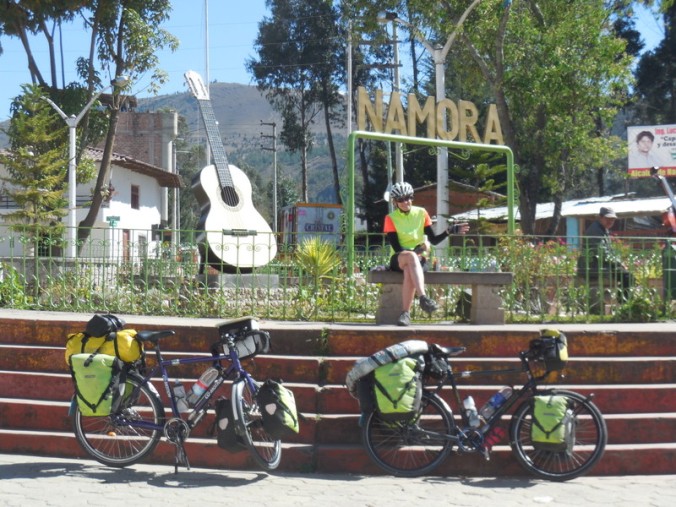 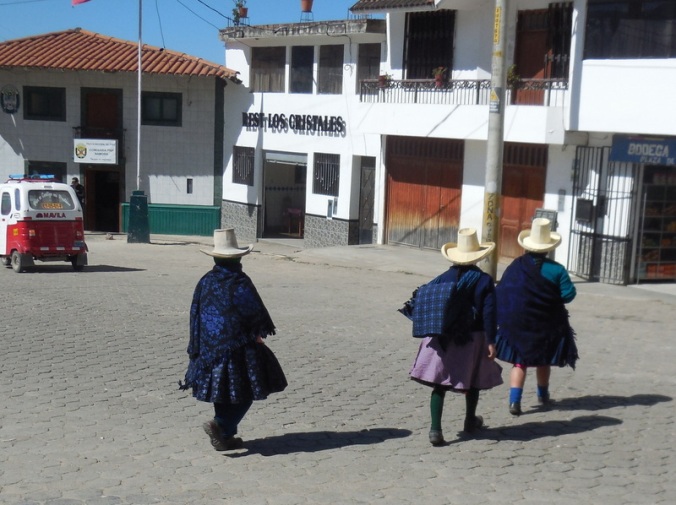 The ladies of Namora 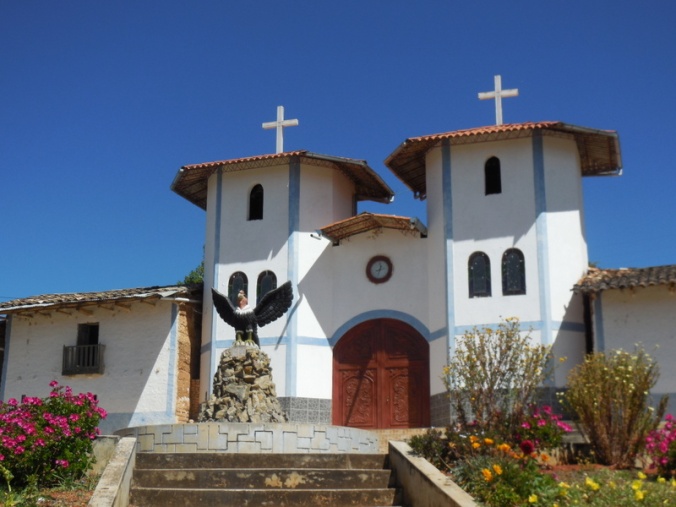 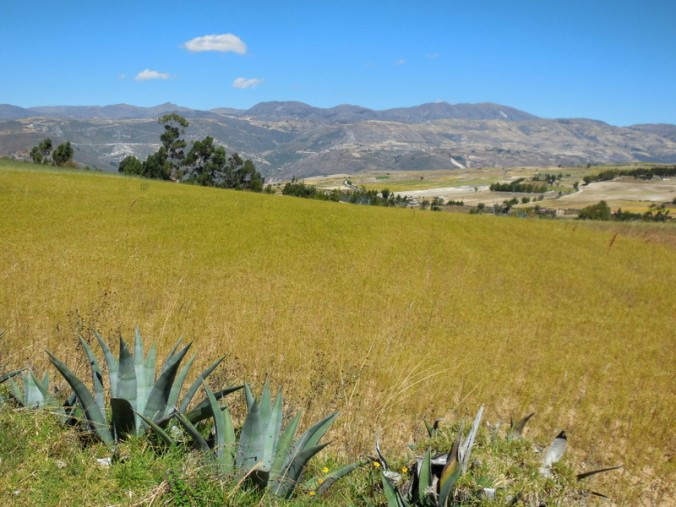 Nice blue sky but no condors

The scenery was quite a bit different today.  Even though we are still up at over 9000 feet and in the Andes, we have lost the verdant green that we’ve been seeing for the last few days.  Today reminded us of more of riding in southern California, on the east side of the Sierras than it did the Andes. 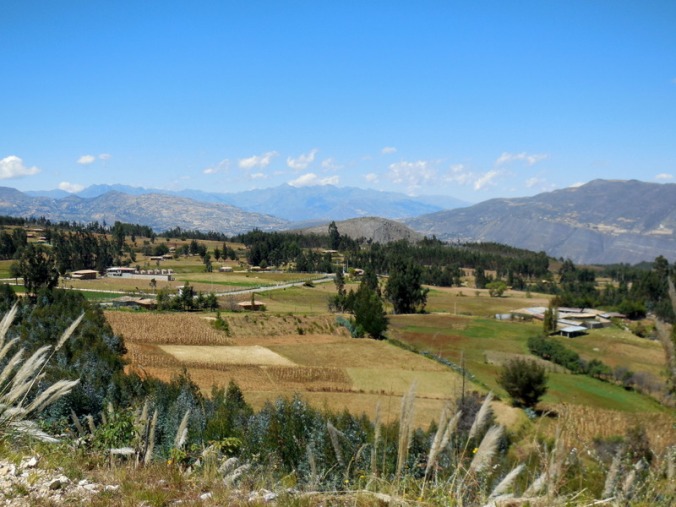 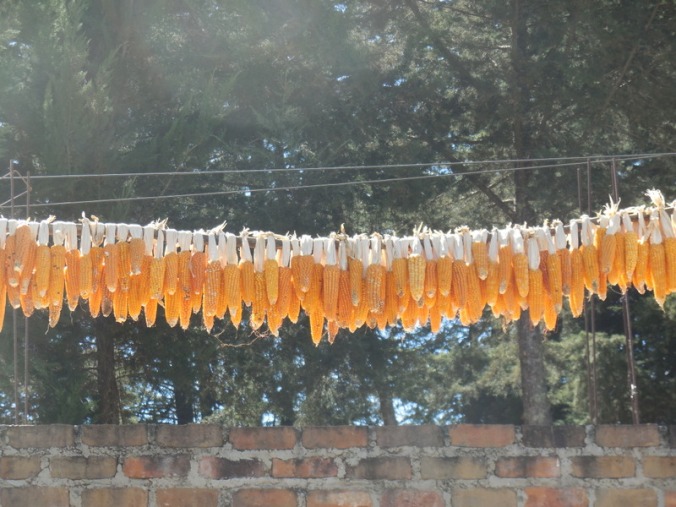 Didn’t see much corn drying in California however

Tomorrow we have another short day but with more climbing than today.  Nancy has not mentioned how little actual climbing we have to do.  I think she is napping now – today was harder than it seemed on paper.  We may be riding with Kathrin and Philip for the next few days.  We discovered this afternoon that they are also using “Curtis and Jenny’s” route notes for this section of the journey.  C and J are about three months ahead of us, currently in Cusco – we may catch them before we reach the bottom – it would be fun to buy them a beer after all the virtual help that they’ve provided us.  Meanwhile, wish me well, I have to wake my senior editor to get this post proofread – at least she’ll get dinner out of the deal as well… 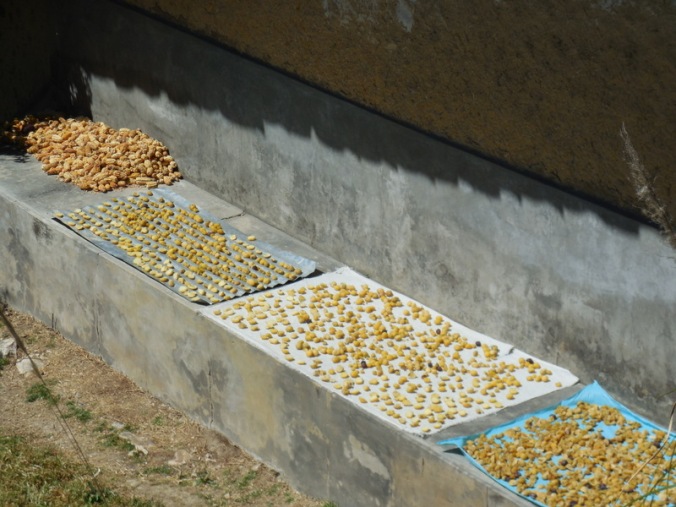 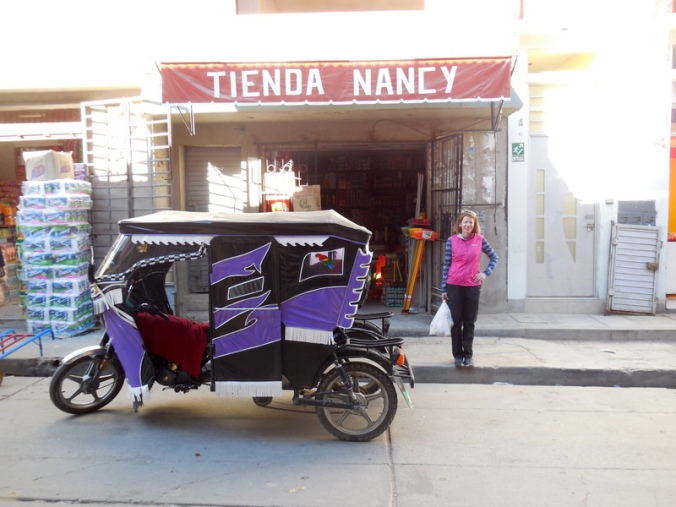 Nancy’s new store, a franchise from the one the other day 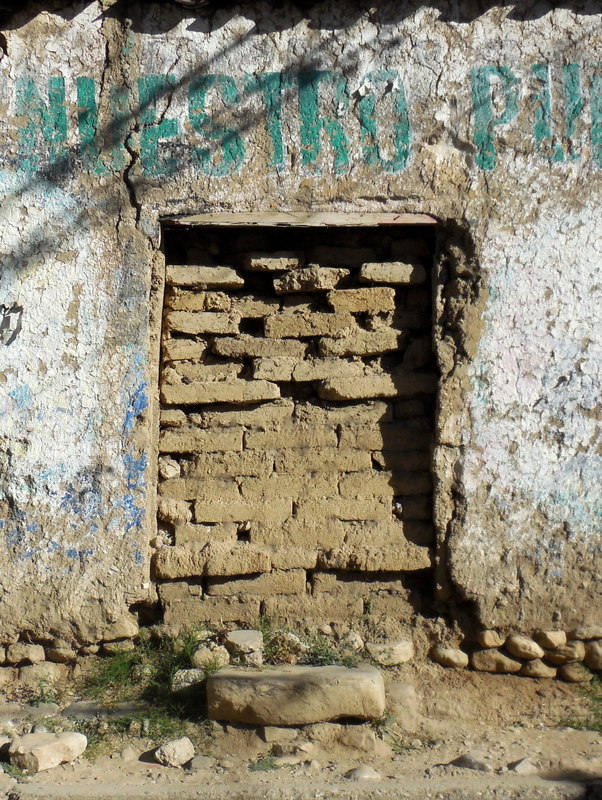