So we’ve settled in Quito.  As Nancy mentioned, we are staying a nice apartment in the La Foresta neighbourhood.  We are surrounded by buildings new and old and of a huge variance of architectural styles – including a striking building called Torres del Castillo (an older castle shaped building flanked by an amazing “building on a stick” modern building).  Still, this is not the Quito of the UNESCO listing that we’d heard about.  It’s a big city, with the typical urban buzz.  But we’ve located the grocery store and a “coffee snob” coffee shop, so we are in good shape. 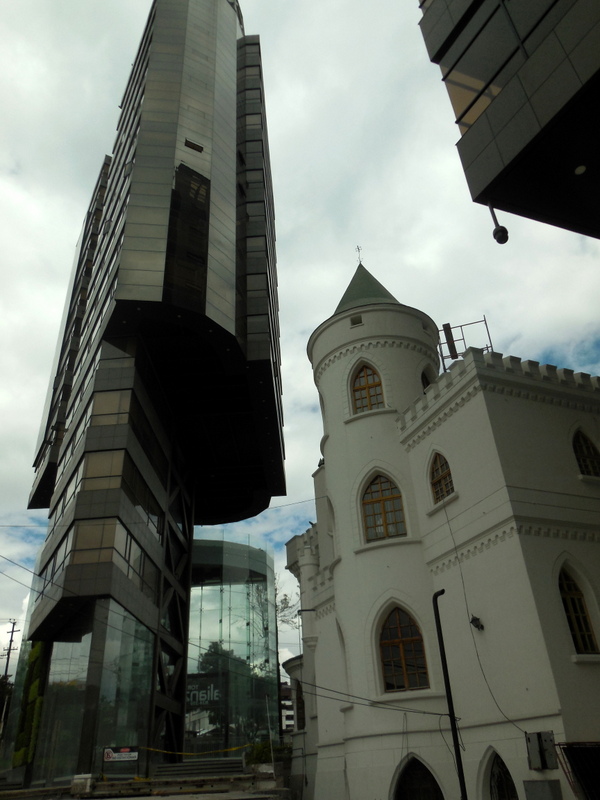 To see the UNESCO part of Quito you have to head to old-town.  The city was originally founded in 1534 by the Spanish.  And the core area of old-town is very well preserved.  Quito is said to have “one of the largest, least-altered and best-preserved historic centres in the Americas” – thus the UNESCO listing. 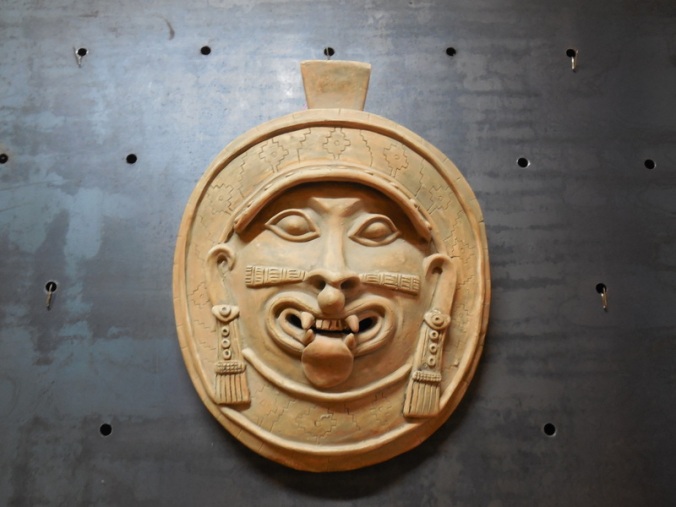 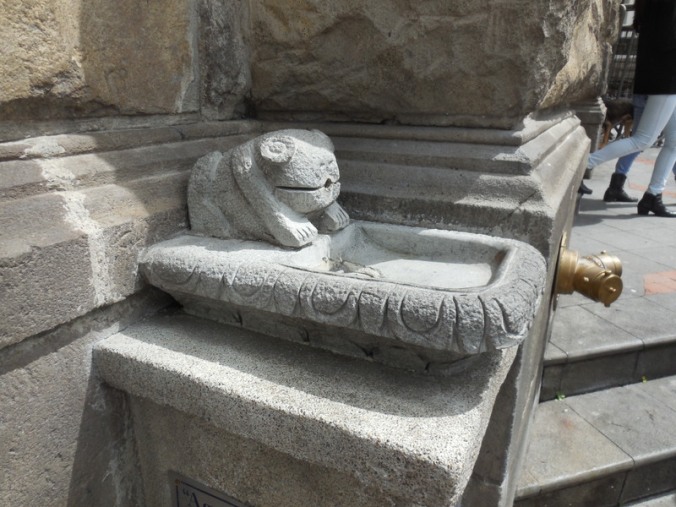 Ecuador is a very Catholic country and visiting the core of old-town on Sunday morning, where we’d find many churches, was bound to be interesting.  We indeed found lots churches and were mostly allowed inside them, but not allowed to take photos.  Every church we entered had a service going on and in every case, the places were packed.  There were a few tourists mingling but on the whole, it appeared to be locals going to church.  We may have to head back to see them on a weekday as we could really only huddle quietly in the doorways. 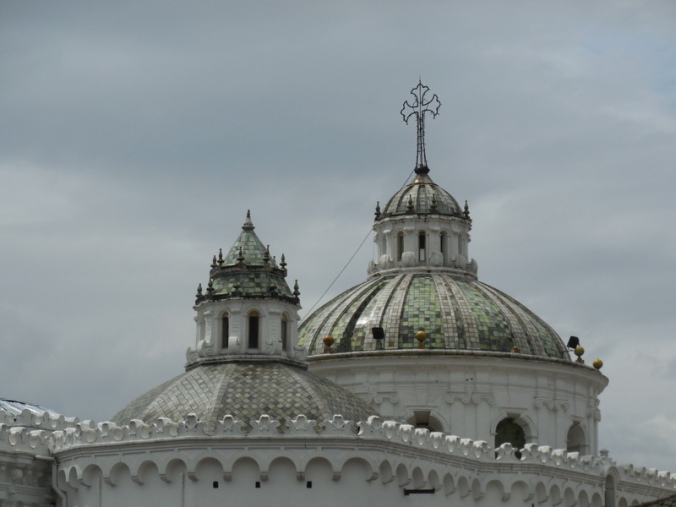 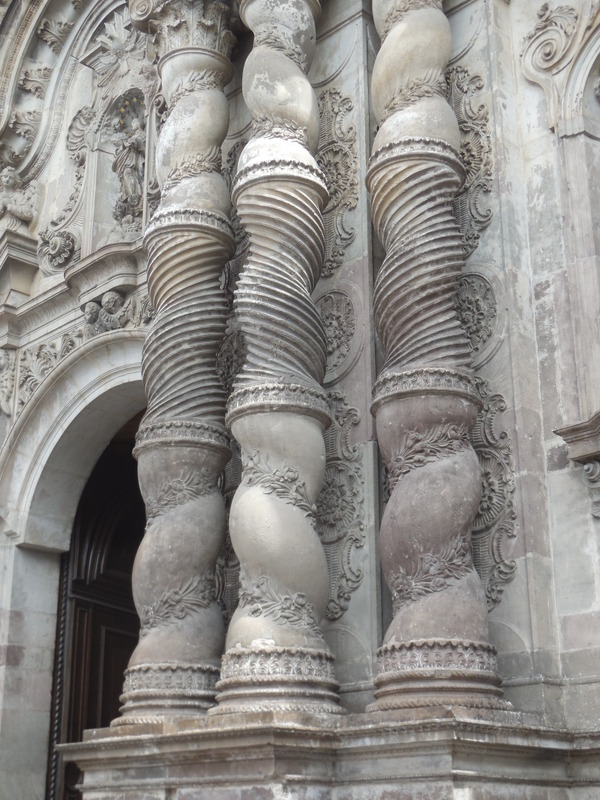 Twisted columns on a church 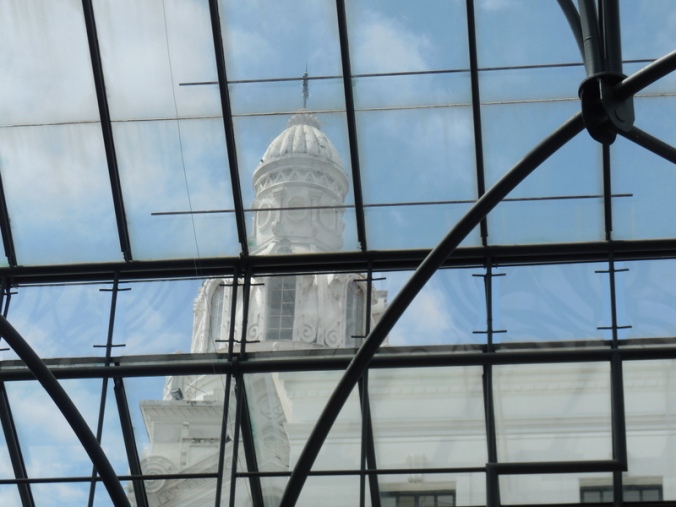 The churches here are known for have ornate gold interiors.  We got a glimpse of that today but only enough to make us more curious.  The oldest church in old-town is the Church of San Francisco, which they started building in 1534.  I guess back in the 16th century, when you founded a town, the first thing that you started building was a church. 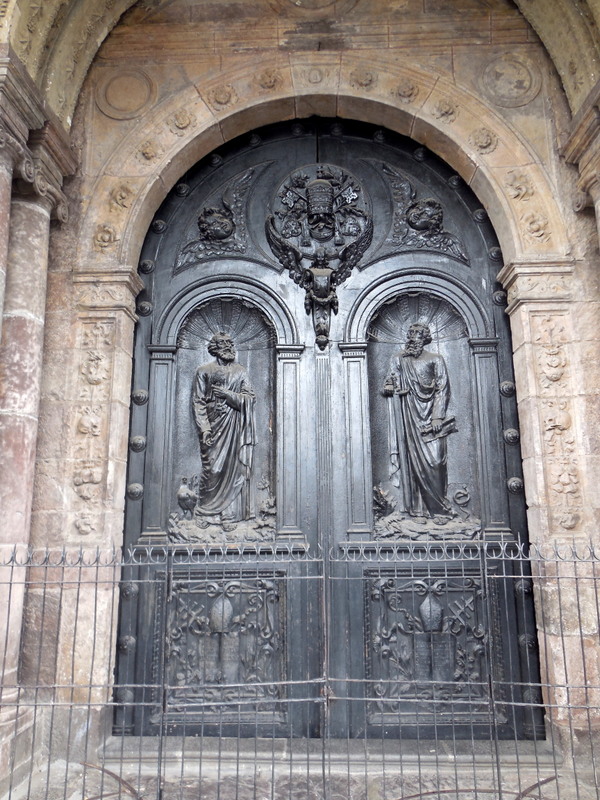 Like we saw in Medellin, Quito has a bike Sunday.  One of the roads that they close to cars runs right through old-town.  There were quite a few riders out, though most were of the very casual type.  There were lots of kids as well.  I’m not sure if they live in the neighbourhood or their parents bring them in for the riding.  Either way, it’s a great way to get the youngsters interested.  We’re not sure when we’ll leave Quito but for sure, we’ll try leaving on Sunday and using the closed roads. 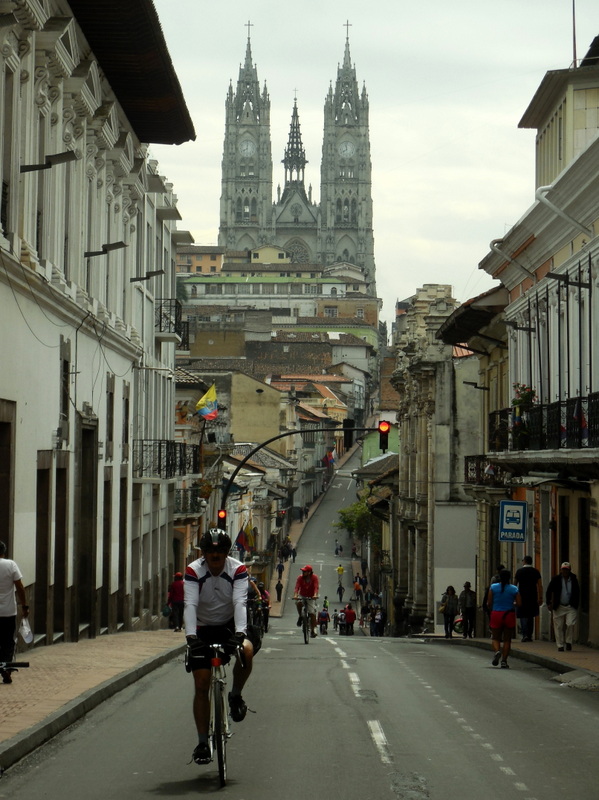 We climb that church tomorrow – the street of the bike ride 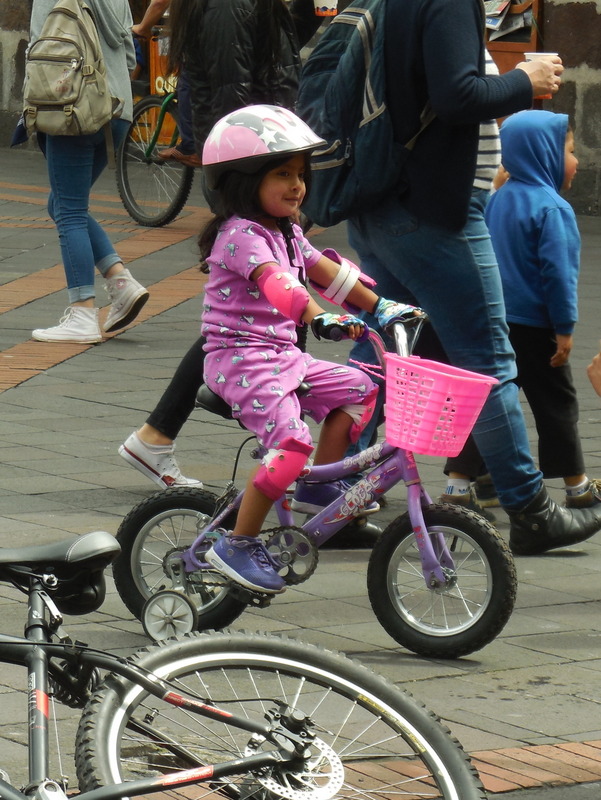 She was so keen this morning, she put her knee pads on over her PJs 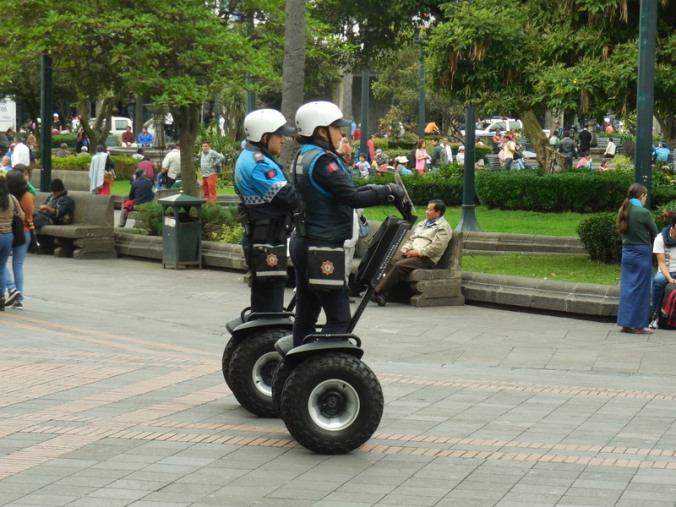 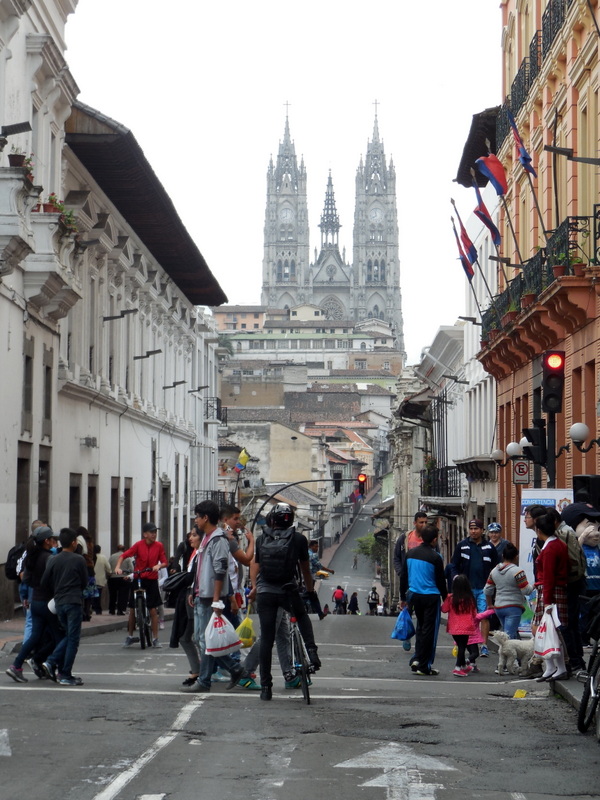 We wandered for a couple hours, had lunch and a coffee.  And not just a coffee, but a proper flat white – the cafe that we found had flat whites on their menu.  We were worried that being Sunday, many of the shops would be closed but that was not an issue.  Old-town was quite bustling with lots of street musicians and food sellers.  There were a few gringo tourists like us but mostly it appeared to be Ecuadorians out on a pleasant Sunday afternoon.  The crowds grew as the churches let out of course. 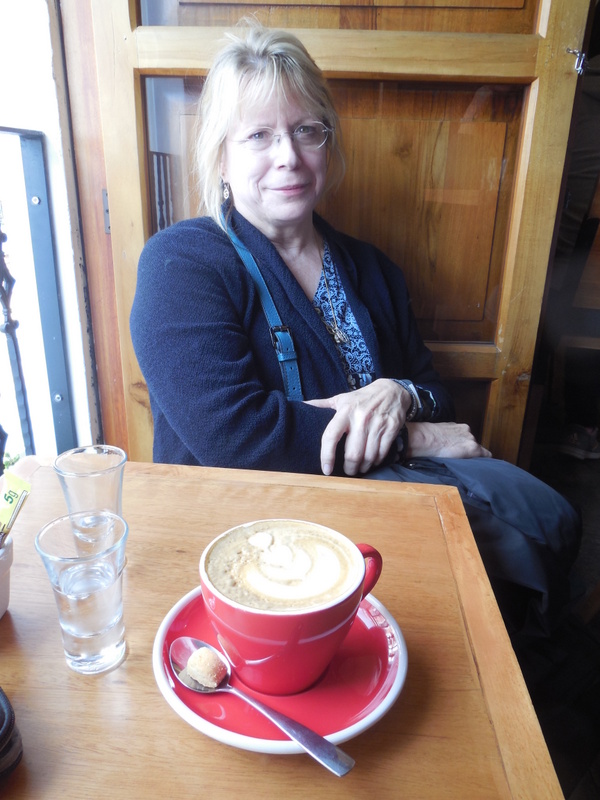 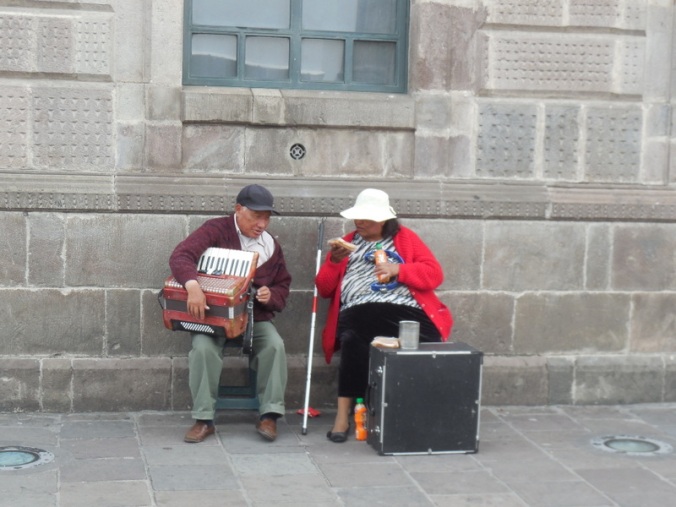 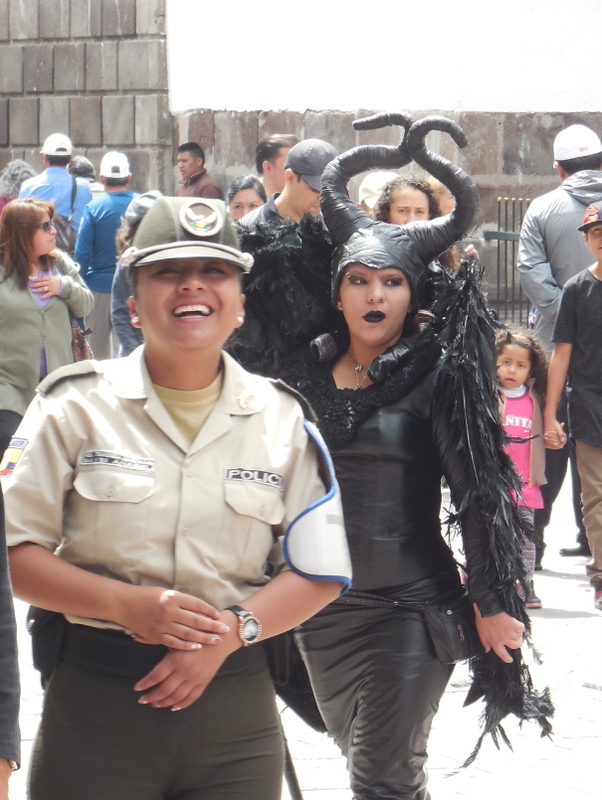 I wasn’t sure what was happening with the woman in black, but I like the police woman’s reaction

We are fairly sure that we are going to spend a second week here after Nancy’s sisters depart.  We like Quito and improving our Spanish is still something we want to focus on.  If we can get the Spanish school sorted out this week, then we’ll commit.  Meanwhile tomorrow we drop the bikes off at a local shop – for deep cleaning and adjustment sessions.  I’ve replaced all of our tires and changed the oil in our Rholoff hubs.  The shop will do the rest, including installing Nancy’s new double kickstand (she is excited for this, after breaking her stand in Panama).  Check back later for updates on the Spanish school outcome.