Today we had one goal (that is if you don’t count eating, sleeping in and relaxing).  We wanted to see the “famous” Otavalo market.  The market is located only 400 meters from our hostel so it was hard not to visit it.  The market is known for having lots of local arts and crafts. Nearly everyone running a stall is in traditional clothing.  The market is open 7 days a week but Saturday and Wednesday are known as “market days”.  This just means that more people, sellers and buyers, come to the market on those days.

It was raining most of the morning so we hung out at the hostel and planned the next couple days on the road.  While we were sitting at our computers a message popped up that one of the other Alaska to Argentina cycling pairs that we knew of were also in Otavalo today.  Nancy sent them a quick note and we agreed to meet up at a cafe just opposite the market.  Perfect – lunch filled with bicycling stories, followed by a stroll though the market.  Just before we were to head out for the meeting the skies lightened and the rain abated – lucky us.

At lunch Nancy asked Hana if she ever got frustrated waiting for Mark to take photos, slowing them down just one too many times on any given day.  The look on Hana’s face to this question was worth a thousand words.  I know that I sometimes take too many photos but one can only imagine how much time that Mark spends doing the same.  Being a pro means shots that obviously require more set-up time and thought than mine.  The results of his hard work are obvious on their website – but it does take effort (and time).

Hana and Mark are travelling in a style of bicycle touring known as “bike packing”.  It’s sort of a cross between traditional bicycle touring and backpacking.  In other words, they have minimal gear and beefy mountains bikes.  This lets them go off road as often as they want to – which they do a lot.  They have to give up some of the creature comforts that we have but in exchange they get more off-the-beaten-path experiences.  We’d like to try bike packing at some point but probably on a shorter trip.  These guys seem to be having quite an adventure on their route – lots of different ways to get from Alaska to Argentina!  Anyway, we had a nice time visiting with them over lunch and do hope that our paths will cross again.

As for the market, it was pretty interesting but very quiet.  I think that we are a little out of season.  It doesn’t take much of a look at any given booth for the owner of that booth to hop up and try to close a sale.  Of course, travelling by bicycle as we are, we can’t really add anything to our bikes but we still enjoyed the banter.  We try to explain our story to the sellers and mostly they get it – though that doesn’t stop them from trying to convince us that the tablecloth, towel, bag or sweater folds up really small and surely we have room for that.  Our Spanish must be getting better, but I’m also quite sure that many a gringo with below average Spanish skills makes it to the market – the locals have gotten good a filling in the right word.  I only wish we could spend a day or two at the market as I’m sure that our Spanish would improve immensely.

As for the photos, we seemed to have returned to the bright colours that we saw in Guatemala.  Here there is a good deal of alpaca and some wool.  The stall owners almost all claimed that either they or a member of their family made most of their products.  After market photos we headed back to the hostel for a rest. We are both a little tired but that could be caused by any number of things – too much sleep last night, too much altitude or possibly too many hills over the past weeks.  Either way an afternoon nap is in order.

Heading to the market – with matching ponytails 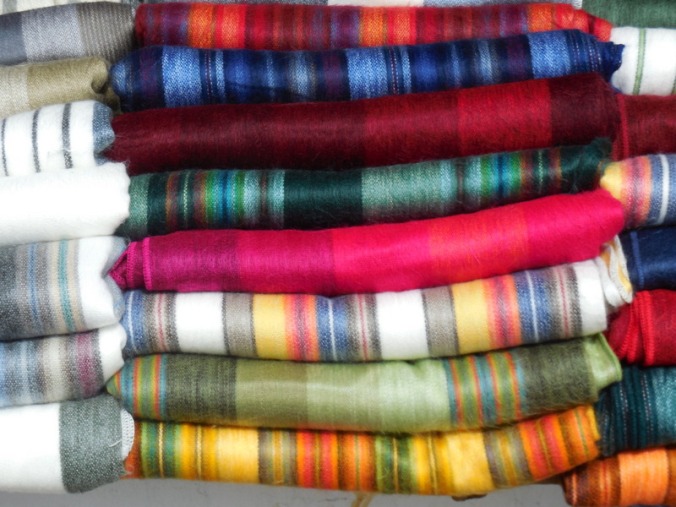 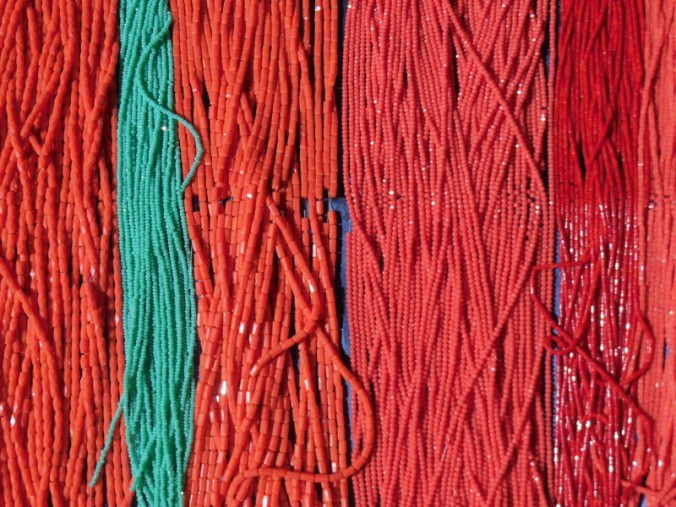 Local stones – ready for a project

Market jumpers – many were alpaca 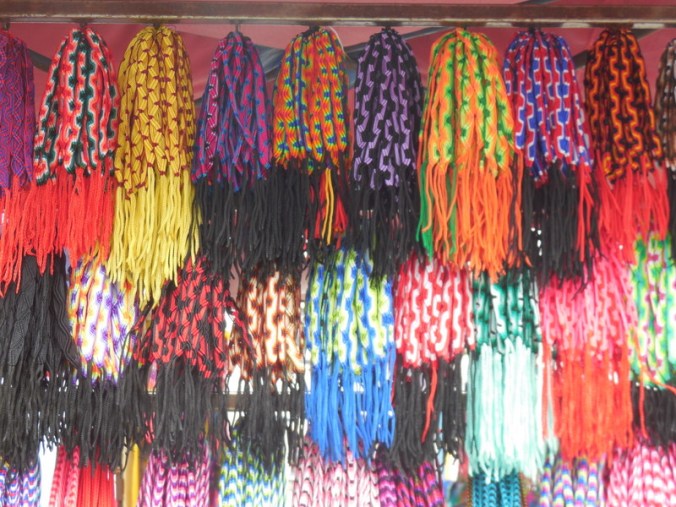 Bracelets in every colour

Tomorrow we move one day closer to Quito and our mini-break there.  We are super excited for the break.  Tomorrow is also a big day as we cross the equator.  We’ve both crossed it many times onboard airplanes but this time we are crossing it by bicycle – under our own power.  It rained hard overnight and drizzled for a good part of the morning.  This afternoon it is bright and sunny again.  So who knows what we’ll get tomorrow.  If we get rain, I hope that it’s dry at least at the crossing of the equator.  We’ll still have to get photos and I hate to think of keeping my senior editor shivering in the rain for that one perfect shot. 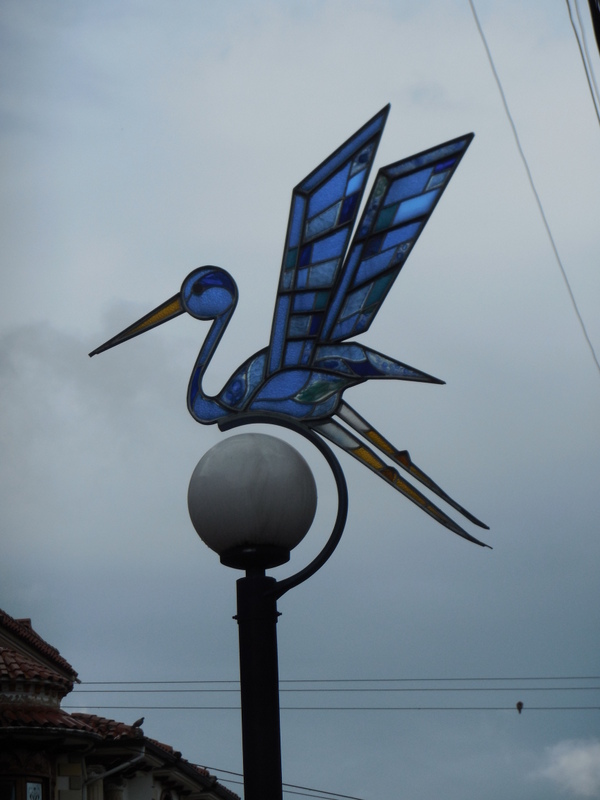 Many Otavalo street lights have some sort of stained glass accent 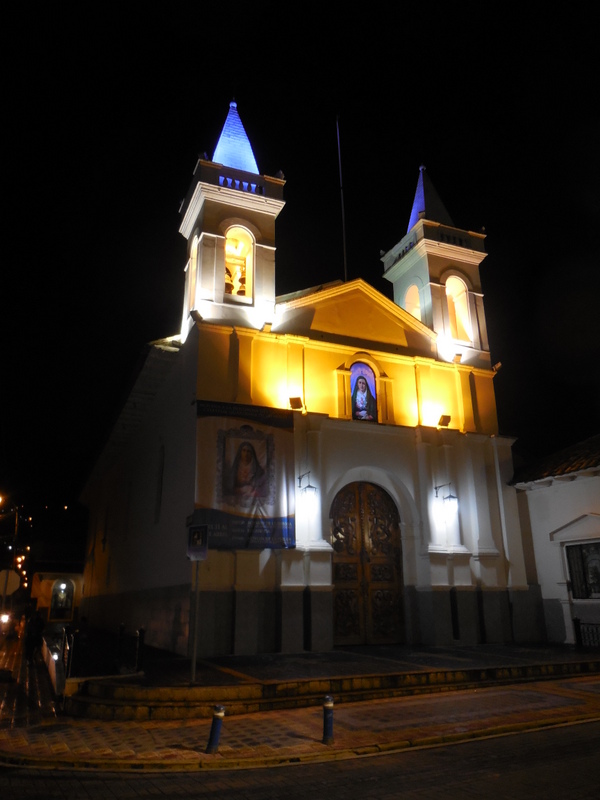 2 thoughts on “Otavalo market and meeting other cyclists”