We were up at 5AM and ready to roll at 6:15 again.  It was barely light enough to ride.  The hour time change means that we can’t get out really, really early.  Nancy is happy (though even I would admit that an alarm at 5AM is not much of a sleep in!).

So, to today’s theme.  The first 4k of road were really rough.  The four lane road had no shoulder and lots of traffic.  We tried to take a lane but too many people were in a hurry and riding too close to us.  So we alternated the riding the occasional bus lane, foot path and car park.  Eventually we reached the edge of town and the footpath became a proper shoulder.

From the edge of the city the road and shoulder are brand new asphalt and great for riding.  The shoulder is at least 6 feet wide and it has a nice “keep the cars away” rumble strip to help keep us nice and safe.  The best part of the new road project, however, was the new road signs.  Forget about any international graphic standards, the road department here decided that the signs needed sprucing up.  I think the art department might have gotten involved as some of the signs were very creative, it not downright confusing.

So today, you get to take a quiz.  I’ll post a road sign with multiple choice answers as to what the sign means.  This could be fun, but ultimately, just to be clear, I am not authorized to grant provisional Panamanian drivers licenses as a result anyone passing said quiz. 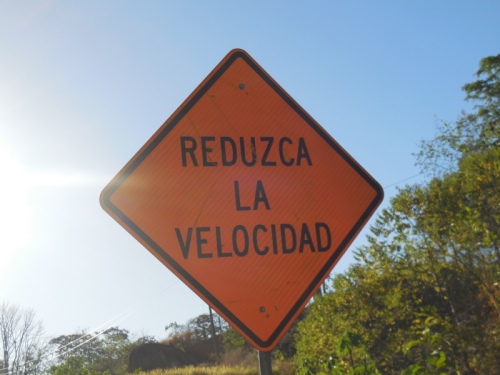 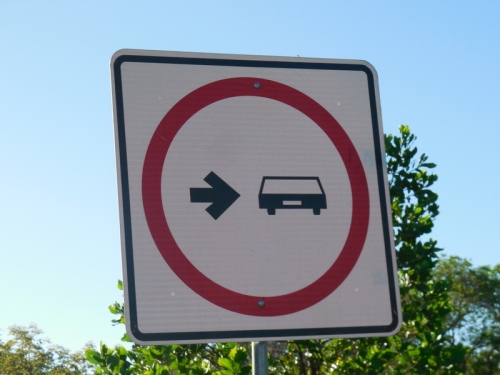 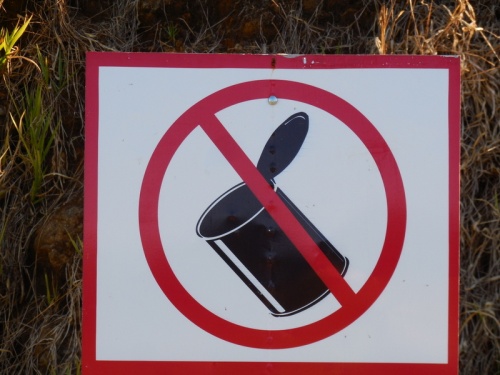 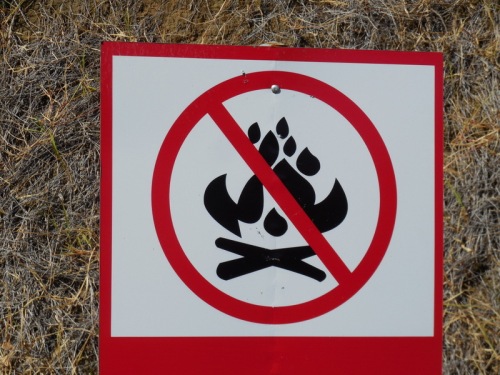 Answers below.  As the day progressed we reached the older section of highway.  All of the signs there were perfectly normal, and perfectly understandable.  I’m not sure who was in charge of the new sign project but they should be thanked for helping keep us guessing and fully entertained for a good part of the morning.

Other than road signs we had a mostly quiet ride.  We have read that this part of the Pan-Am Highway is “boring”.  It is true that there are no amazing mountain or coastal views but it wasn’t boring.  We had some nice green mountains off to the left, lots of open green fields and blue skies.  Had I not been so focused on taking sign photos, you might have gotten more barns and a few trees of the day.

We stopped once for Nancy’s first flat of the trip.  It was on her rear and caused by a small sharp rock from the new road construction.  When they carved out those rumble strips, they didn’t sweep up all the rocks from the shoulder.  Mostly it was ok but a few times we had to ride through gravel.  The flat wasn’t too late and it was still a little cooler, plus we had a nice place to pull off the road.  If all flats come with these conditions, well, I won’t be complaining.

We saw a few recreational riders out today.  Including one group that had a follow car.  All the riders looked super fit and their bikes looked fast.  Perhaps that’s just how people look when their bikes don’t weigh more than their riders.

We rolled into Las Lajas around noon.  We booked into a hotel called Paradise Inn.  We booked because we’ve been worried about getting places to stay over Holy Week.  Well, we needn’t worried – there are very few people at our hotel.  And to top things off, we were offered a bed by a German woman out riding her bike as we rolled into town.

We’ve ended up in the “Mexico” room at the Paradise Inn.  It has some funny paintings on the wall – not all politically correct but funny.  They have two pools of which one I tried out.  It was very refreshing and a good way to cool down in the afternoon heat.  We rode into town to get lunch supplies and are going to try out dinner here at the inn.  Tomorrow we have a longish day planned and will be up early. 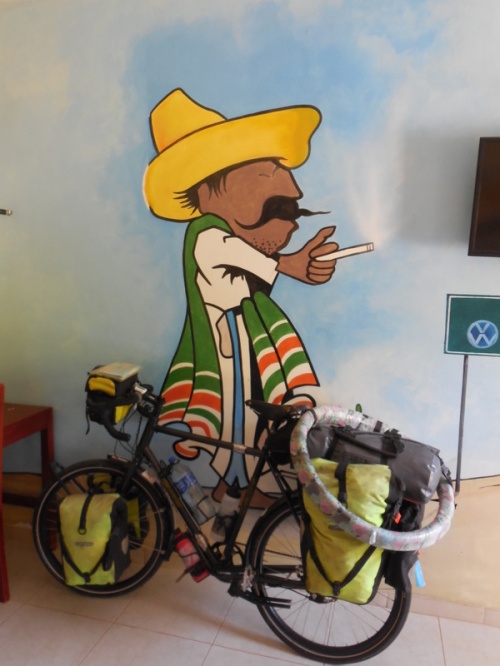 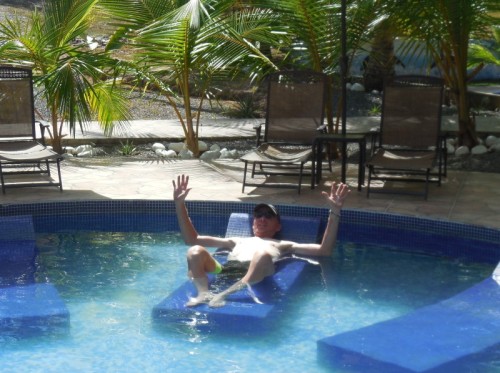 Built in lounge chair in the pool – guilty as charged

Door of the Day – For Inge – really, doors these days are sort of boring.  May not get better until we get to old-town Panama City.  We see a lot of gas station bathroom doors – haha

This entry was posted in Americas trip, Panama. Bookmark the permalink.