We had strong cross/tail winds today but that has nothing to do with the title of today’s blog.  The “howling” title was all about the monkeys.  One of the resident mobs of howler monkeys decided that the trees above our room would be the ideal place to bed down last night.  The first thing that male howler monkeys do every morning is, well, howl.  They probably did this yesterday but we had the fan on in our room downing them out.

Today we were up earlier and by chance turned off the fan because we were tired of the noise.  Soon thereafter the monkeys started up.  In fact, mobs all around started up.  We got packed up and made brekkie on our deck where we sat and listened to a regular cornucopia howling monkey mobs – across the river, over our head, down the valley – pretty much everywhere.  Had we not known that these were monkeys, we might have freaked out.  The monkeys individually sound like a deep throated, mad and mean dog.  Throw together competing mobs and you get a general overall roar of almost otherworldly sound.  We tried to record it but gave up and just listened – grinning from ear to ear and feeling lucky to be here and on this trip. 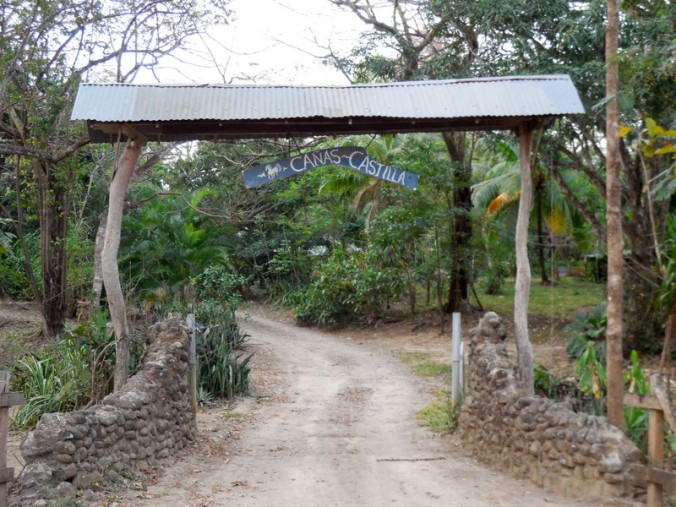 By the time we got the bikes loaded, the monkeys had settled.  It was quiet when we rolled out at 6:15 heading back towards the highway.  All the school kids were out waiting for buses, at this early hour – sort of explaining to us how it seems the school day around noon.  Start early to beat the heat would be as good for them as it is for us.  We tried to find the sloth again this morning but he/she had moved on.  We had to be happy with just the monkeys.

The road was nearly all uphill to the next town of La Cruz, nothing overly taxing but enough to get us sweating.  We found a bank in La Cruz so now we have enough money to continue the trip.  I’m not sure I’ll every really get my head around the Costa Rica Colon.  $1000 Colons is equal to $1.70 USD, so it’s not uncommon for a hotel room to cost 20 to 30 Thousand Colons.  I get that it’s just a number but someone asking you for 3000 anythings for a couple bottles of water is hard to get used to.

The route today was surprising – we thought we’d have more jungle but had mostly scrub brush and even a bunch of open ranch land.  We even came across a good number of Brahma cow herds.  We were probably fortunate to find the rainforest and monkeys where we did.  I’m sure we’ll see more but not today.  We spotted an interesting animal warning sign and we saw one of the Costa Rica deer noted on the sign, along with a bunch of green parrots.  The later reminded us of the Australian birds, parrots are just not very graceful when they fly – it’s funny to watch them fly off as we ride by. 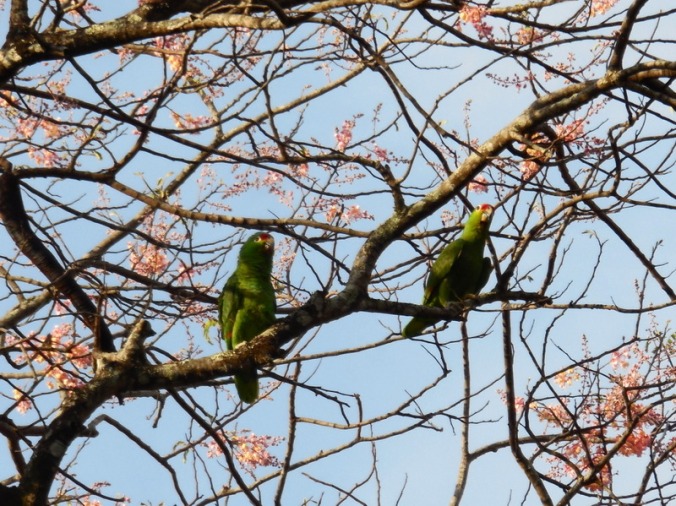 We had some really strong sections of side wind – almost making it hard to control the bike at times.  But then we also had some really nice tailwinds when we turned slightly to the right.  Other than La Cruz, there were no other towns.  Winds and lack of stops helped us make short work of today’s K’s.  We rolled into Liberia before 11AM and great news, before the McDonald’s brekkie cut-off time.

We don’t go here often and we don’t own a car – at least to us, the Auto-Mac “name” is new

Don’t judge us!  Macdonald’s pancakes are great fuel for a cyclist.  Plus they have free WiFi.  We needed to kill some time before the hotel search.  It was nice just to get back online – we had really slow and sketchy internet back at the eco lodge.  We managed to kill a good hour and half, and get our fill of Maccas for a while.

The hotel search was next.  Liberia is more expensive and it was my day for the search.  We pulled into town where a cluster of hotels were located and I did the walkabout.  It was pretty hot but I did the needful and checked 7 hotels.  We ended up taking a room at the Hotel Guaria – it’s a more than we normally pay but we it has all the services (except hot water), a pool and a fridge – woohoo.

Our room and the nice check-in woman

After showers we wandered town and found ice cream to cool down.  It didn’t really work, but we found mint choc chip, my favourite, for the first time since California.  It tasted great.  We also balanced out the church photo taking.  The other day we found the oldest church in Latin America.  Well today, I think we found one of the newest and at the risk of offending the modernists out there, probably one of the ugliest.  Judge for yourself.

For dinner we hit a local brew pub called Mariajuana.  This was recommended by bicycle tourists Curtis and Jenny Shaw and boy what treat it was.  They made a great local IPA and some very tasty plantain-based pizza-like dinners.  This was probably another “ best since California” find.  The best part of the pub was probably their overall ethos.  They brew their beers using 100% rooftop solar or bio-diesel.  The IPA was named Service IPA – named in honour of Costa Rica’s public servants – and specifically in respect to the Costa Rica government’s action after their revolution in 1948 when they abolished the military and created their public service.  What would the world look like if there were no militaries, anywhere?  Think how much we could spend on public services like education and healthcare – we can only dream for now… 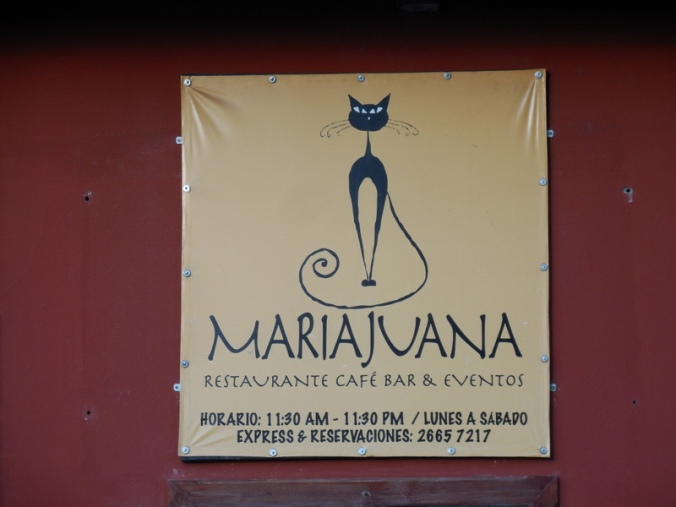 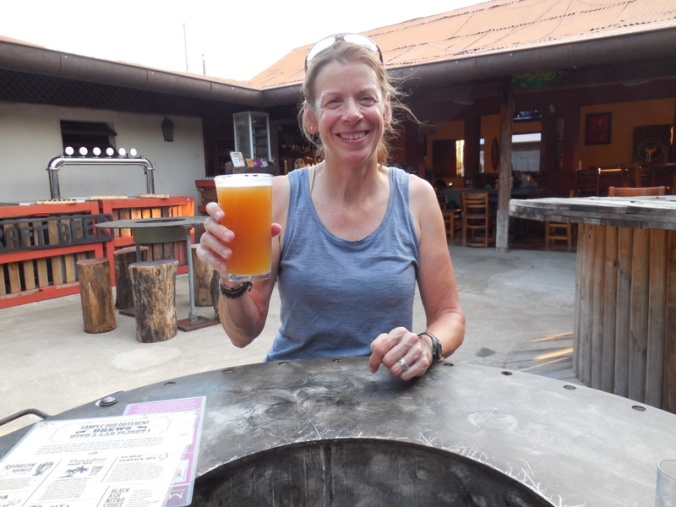 First IPA in a long while

Make your own pizza from plantain shells

Tomorrow we are heading down the Nicoya Peninsula.  This gets us off the main Pan-Am highway and into some rougher but more scenic roads – we hope.  There are a bunch of options on where to go and stay on the peninsula – we are undecided as to spending any non-riding days there.  Next week we start running into Easter – which won’t be fun on the holiday resorts – we’ve heard…