Today was all about seeing the pyramids and ancient city of Teotihuacan.  I’ve had this site on my mind for a long time when planning the trip – mostly because it was a spot east of Mexico City and mentally, it put us beyond Mexico City.  I honestly hadn’t given much thought to Teotihuacan.

Well, as happens all the time on this trip, slowing down and discovering things is really what the trip is all about.  From my school boy days I sort of remember that central Mexico was ruled by the Azteca, until the Spanish conquistadors arrived.  Well it turns out that this was only partially correct as Azteca were not first major civilization in central Mexico.  The Teotihuacanos preceded them by a good 700 years or thereabouts.

Teotihuacan was the largest city in the new world at its peak and thought to be the sixth largest city in the world at the time.  They were quite advanced, having running water, sewer, multi-story apartments and highly reformed planning skills.  It is not clear why the city, and civilization in general, collapsed but one common thought is that the environment changed and they could not grow enough crops to sustain the population, which led to unrest and ultimately infighting (ignore the climate at your peril – maybe a message for our leaders today).

At the peak, the city was thought to have 125,000 inhabitants.  By 700 AD, it was probably no more than 2,000 to 5,000.  Ultimately the Azteca settled in what is now Mexico City and the city of Teotihuacan became more isolated.  It is believed that the Azteca still visited for religious ceremonies and actually are given credit for naming the two largest pyramids – the Pyramid of the Sun and Pyramid of the Moon.

While it was never really fully abandoned, the “buildings” eventually began returning to the earth and over time mostly becoming just large piles of dirt out in the desert.  After the Mexican revolution, while exploring sights for a new railroad, some government folks became interested in seeing what was under the dirt and restoration began.  This started a 100 year project that gives us what we have today.  As we were standing on the Pyramid of the Moon today, we both could only wonder what this place would have looked like 2000 years ago – it would have been quite a site.

Once again, we’ve discovered place a full of history and intrigue, we’ve scratched the surface and we’ll move on.  I’m sure that I’ve overdone the photos but we have good internet today, so enjoy… 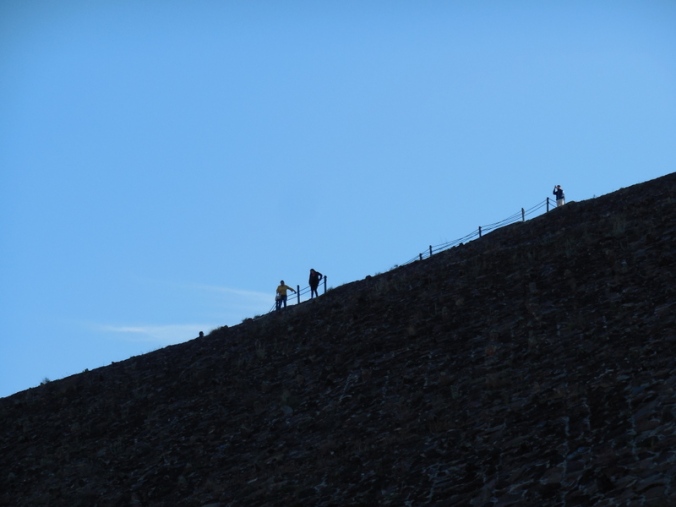 We were up early but some folks still beat us to the top – when we got there, there only two others.  Later in the day, you’ll see that hundreds of folks are up there at a time. 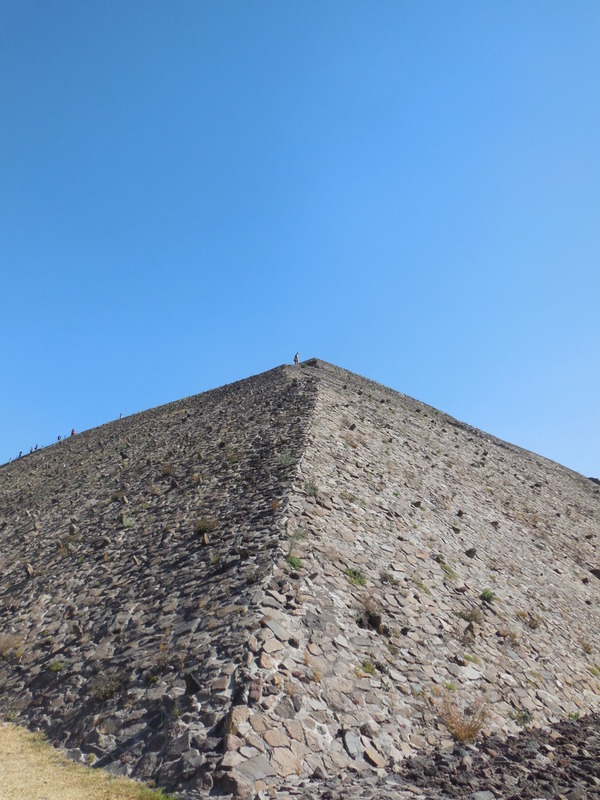 Northwest corner of the Pyramid of the Sun 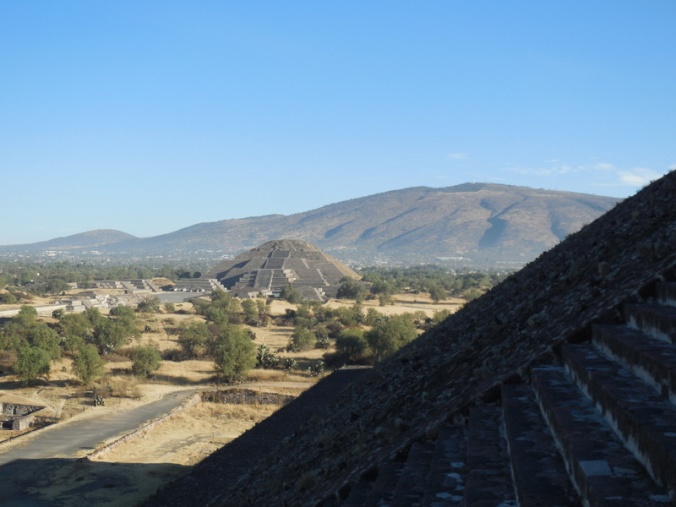 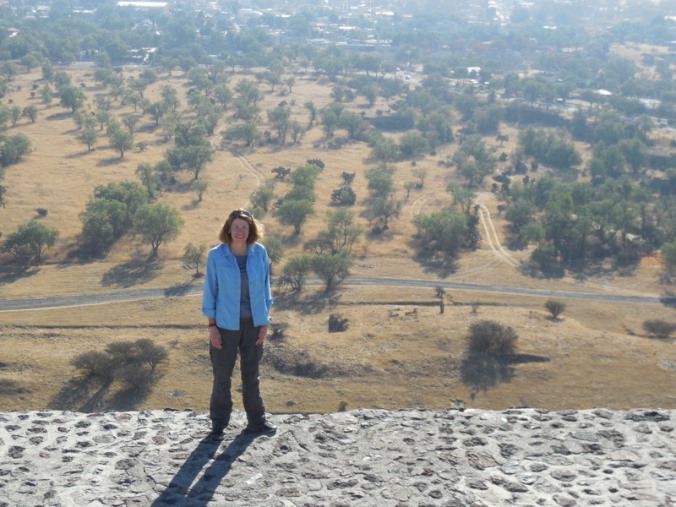 Nancy near the top of the Pyramid of the Sun 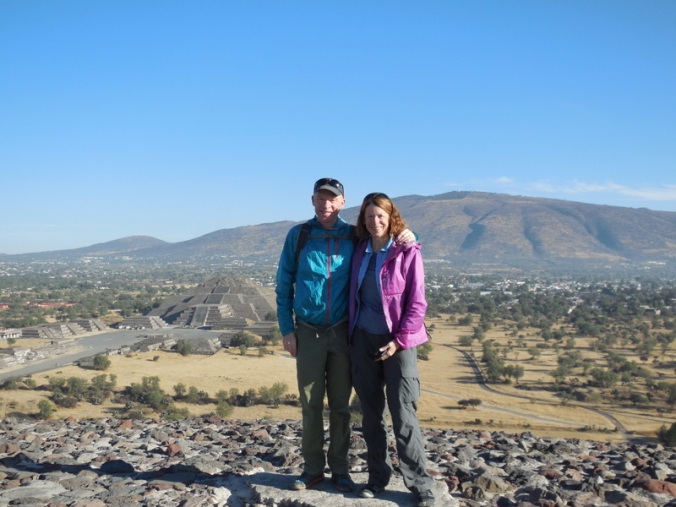 Us on top of the Sun, looking out towards the Pyramid of the Moon 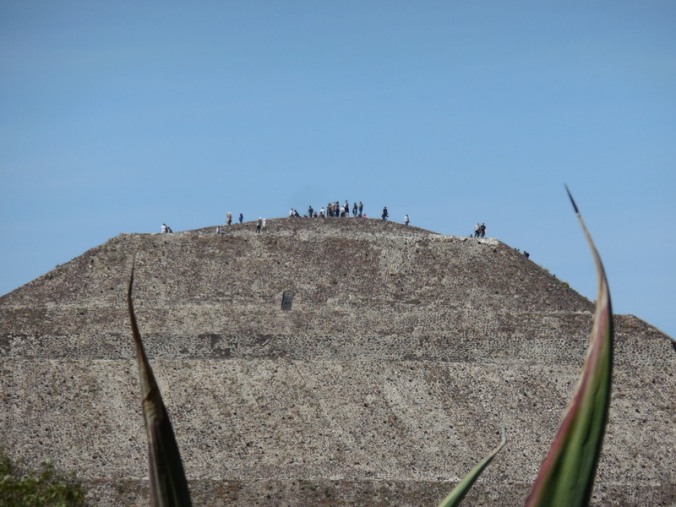 We had lunch just outside the gate – this is the view up to the top at about 12:00 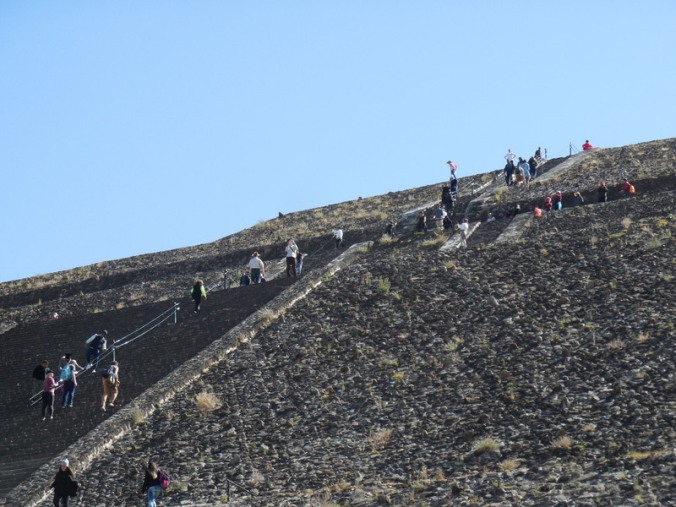 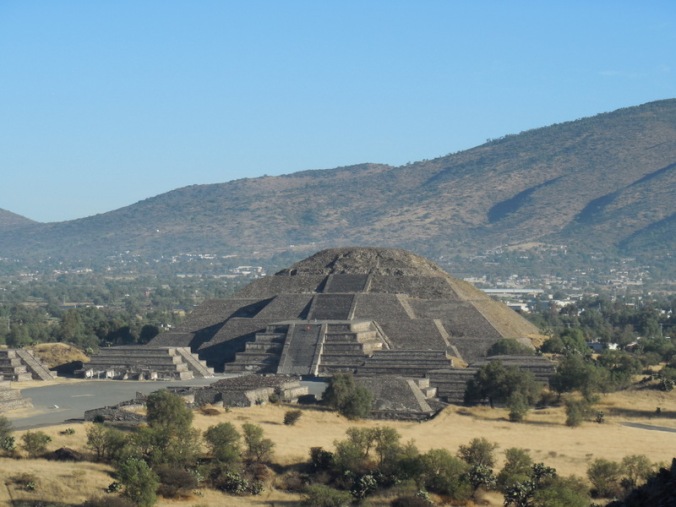 Pyramid of the Moon in the morning 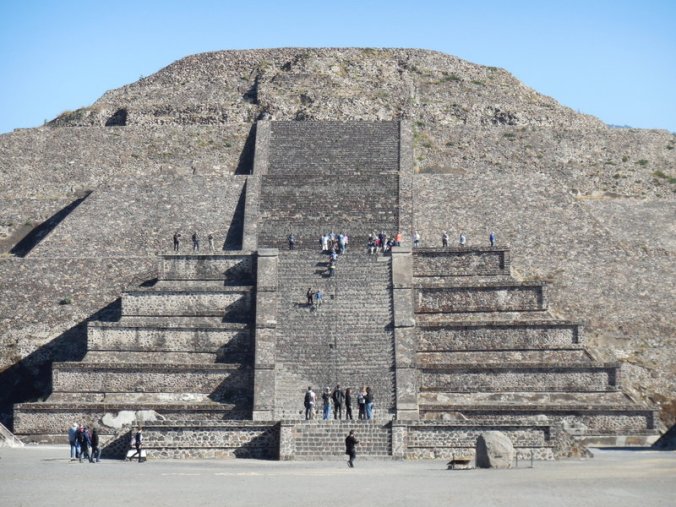 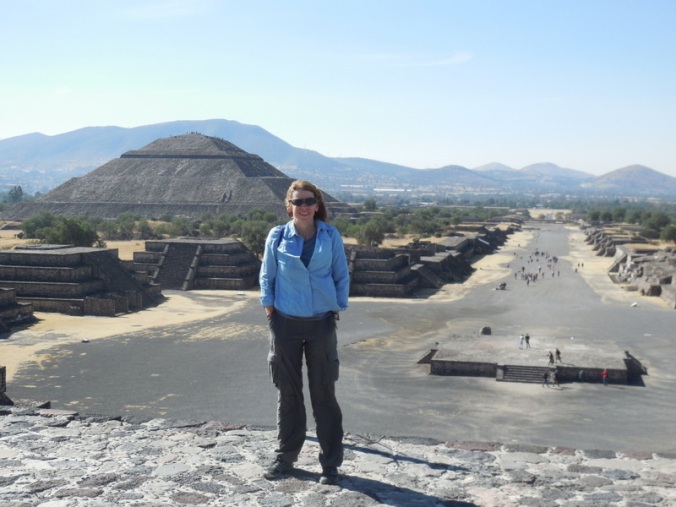 Nancy and Pyramid of the Sun 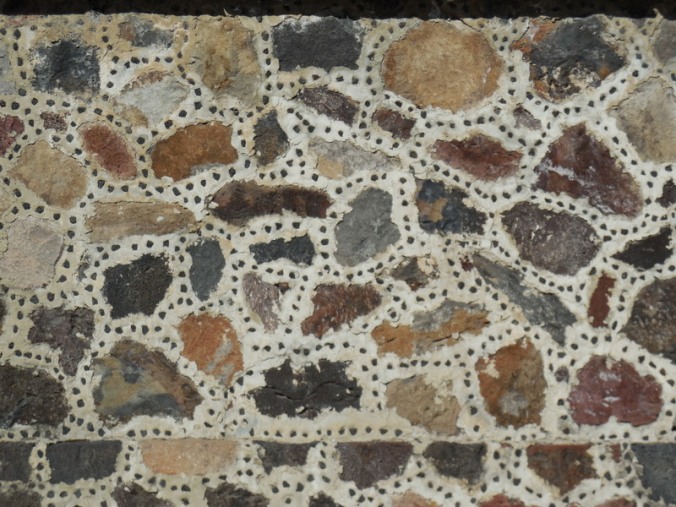 Close up of one of the walls, not sure how authentic it is 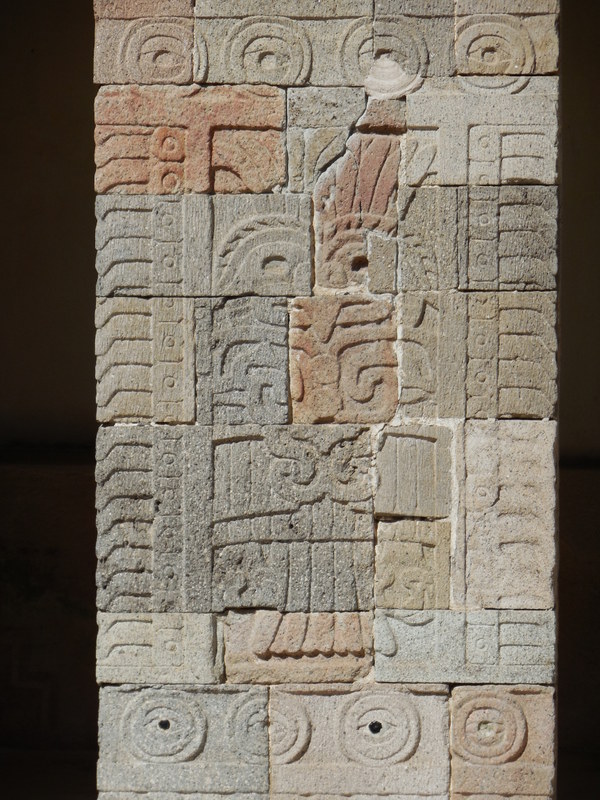 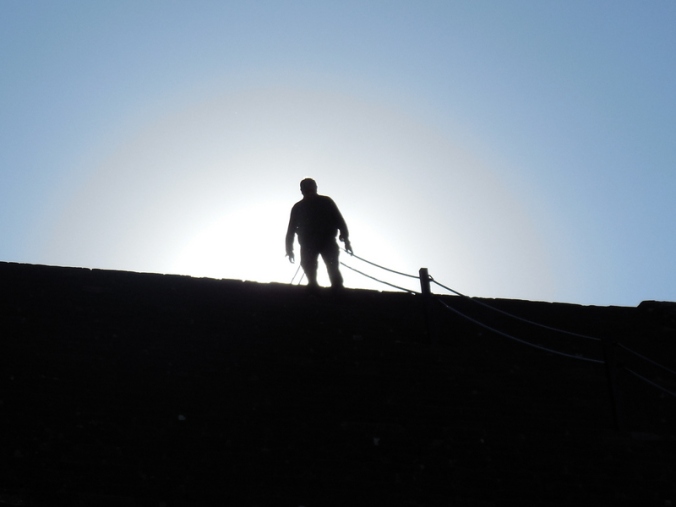 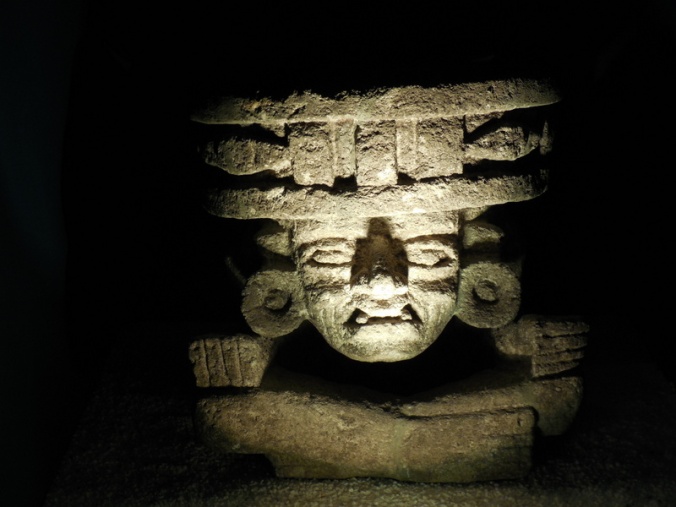 Found during excavations – they have a small onsite museum 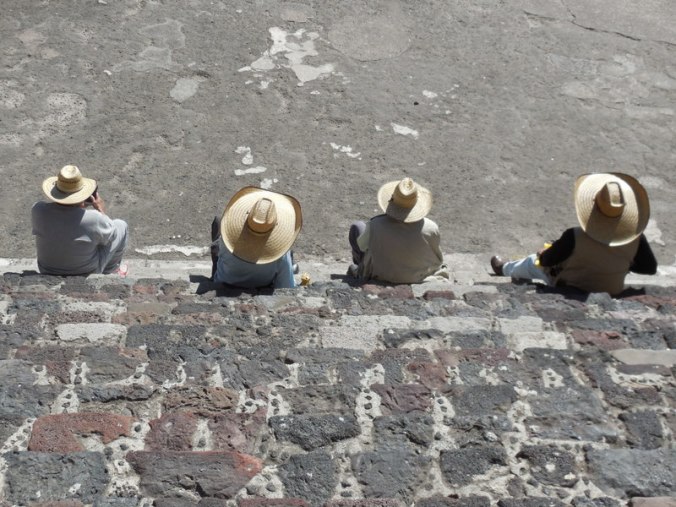 Lots of locals out selling trinkets – these four guys were resting up, waiting for the next bus to arrive 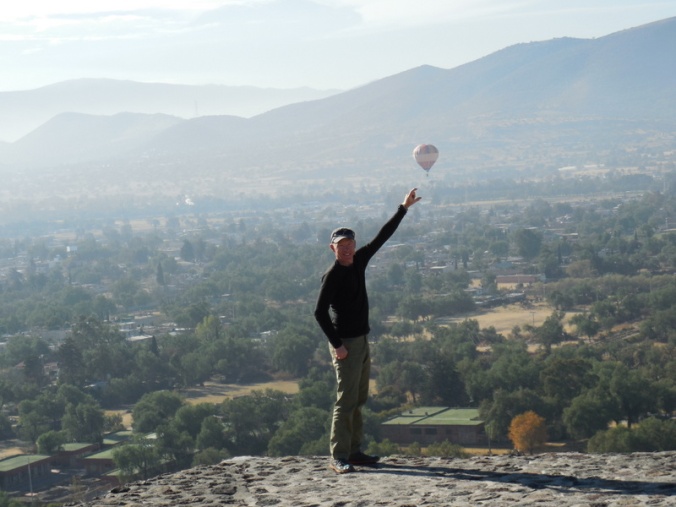 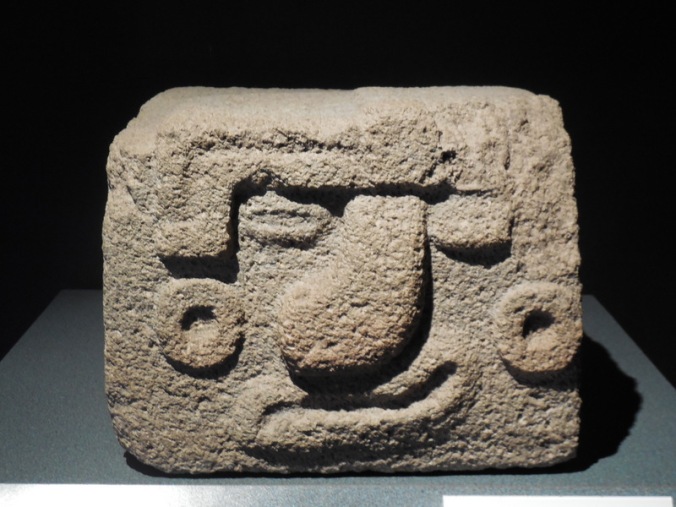 Weird face man – in the museum 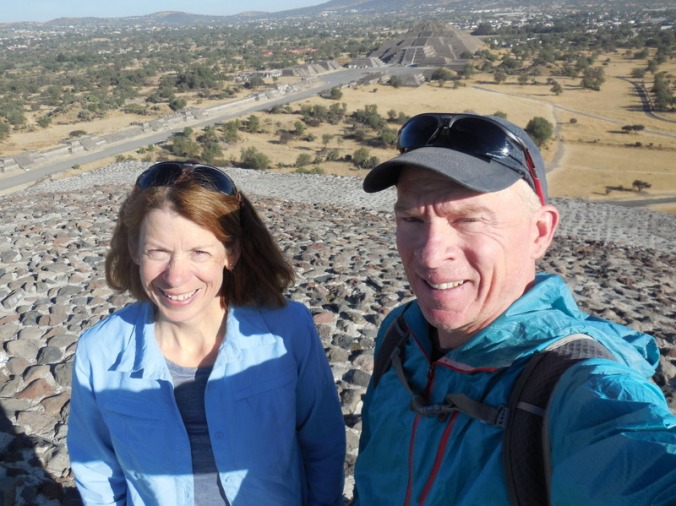 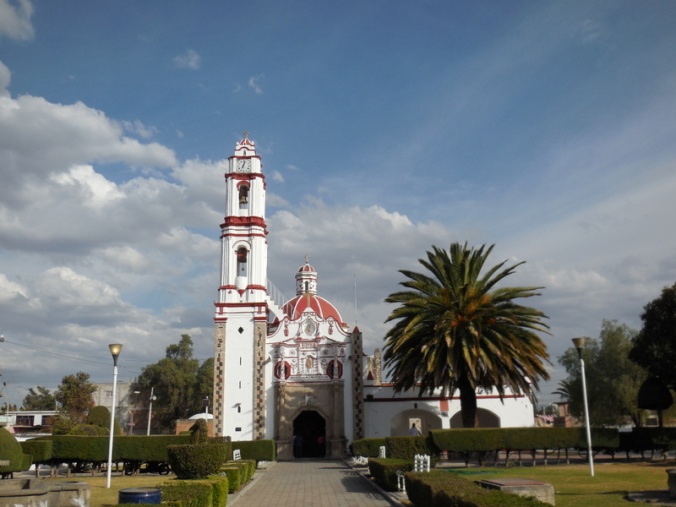 Taken yesterday but I liked this church in San Juan Teotihuacan

We had an amazing lunch again today – we ate at Restaurante Mayahuel.  It scored well on tripadvisor and it scored well with us.  Our meal is below for those craving Mexican food! 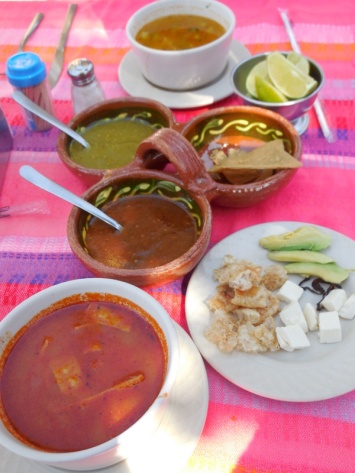 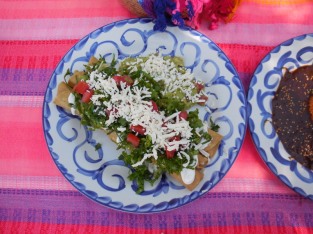 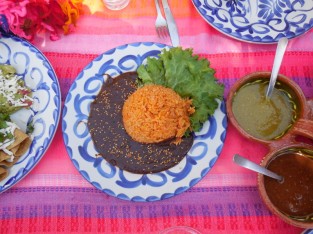