Today was another good day on the Central Mexican Plateau.  The Central Mexican Plateau, also known as the Mexican Altiplano, is a large arid-to-semiarid plateau that occupies much of northern and central Mexico.  We dropped onto the Plateau when we crossed the Sierra Madre mountains into Durango.  It’s pretty high up, averaging 1,825 m (5,988 ft) above sea level.  We’ll be on the Plateau until we are south of Mexico City.  Scenery is nice, mostly distant mountain vistas with wide open plains that stretch for miles

We had brekkie in the room after a pretty good night’s sleep and schlepped all our gear back downstairs -the bikes were safe overnight locked up in the lobby.  The night man was still about having slept on a cot right next to our bikes.

Riding on a plateau sounds like something that should have been flat but for us the day was anything but flat.  In fact we had were basically riding uphill for the first 24 kilometres.  It was cold again starting out but the uphill meant that we were stripping layers of clothing off almost from the start.  Progress was slower today with all the uphill.  In the first 10 miles we passed into our fifth Mexican state, Zacaretas.  We’ll be in this state for the next 3-4 days. 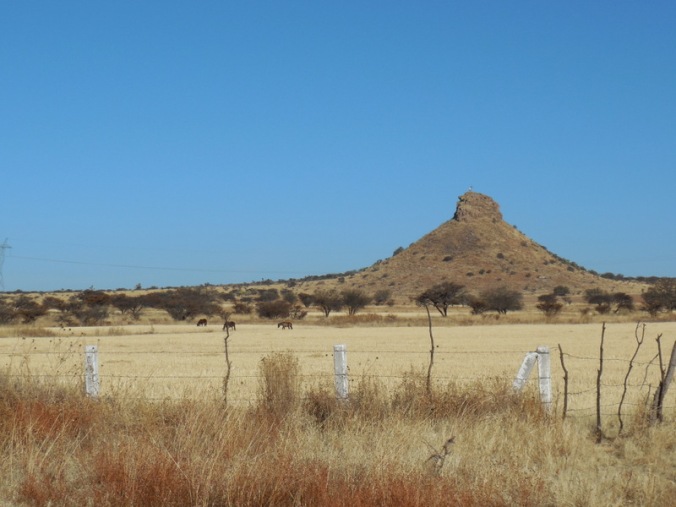 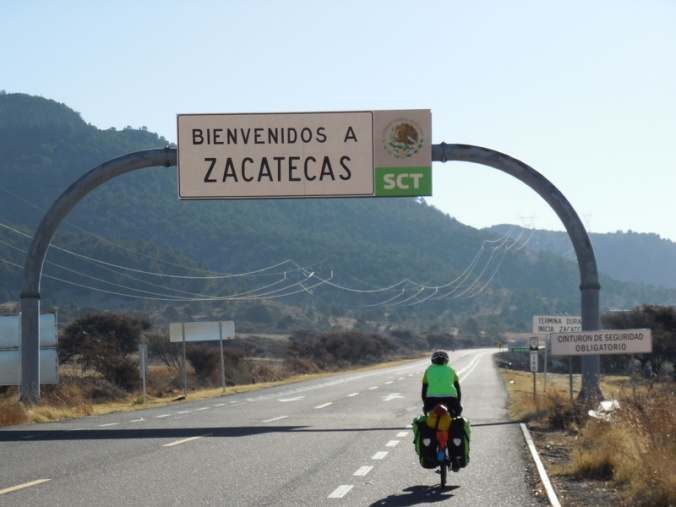 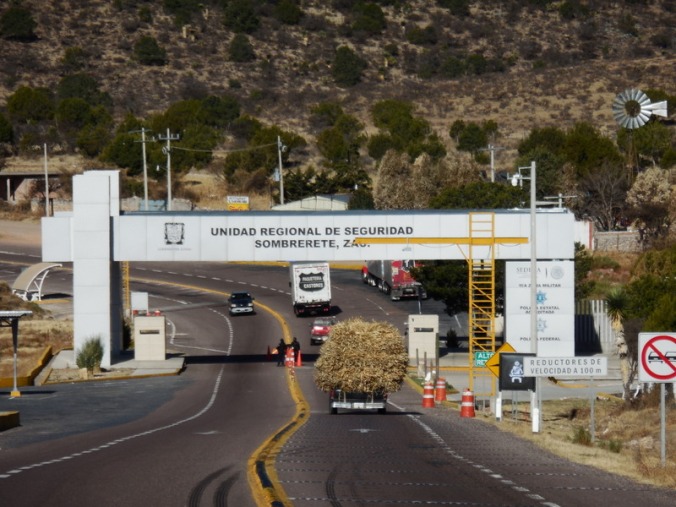 Amazing rocks in the road cut 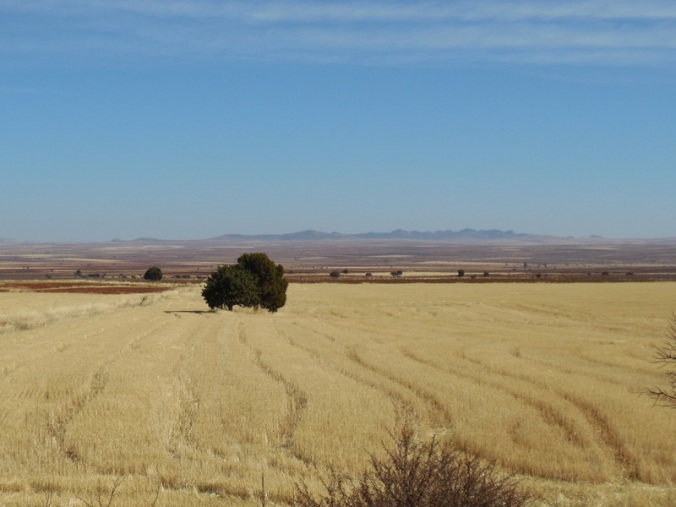 Even though we were climbing, the views were nice – lots of distant mountains.  We sort of topped out the climb near the entrance to a small national park.  There was once again no summit sign.  We then had rolling terrain until the turn off to Sombrerete.  We could have ridden around town on a new by-pass but were concerned that there would be no food stops – there were none at the first junction.  We rolled down into Sombrerete and had lunch at Oxxo on a nice counter right in front of our bikes.

After lunch we had to climb back out of Sombrerete back to the highway but it was warm now and we were full of energy.  We had thought that it would be all downhill once we got back up to the main road but were made to work for the finish with some more rolling terrain.  The wind was sort of behind us which made it nicer.  The big distant views continued giving us the chance to stop for photos at the top of a few of the rollers.

Not all the views are nice…

Out of Africa – or at least it looked like it

We reached Sain Alto and its famous arch about 2PM (ok, maybe not that famous but it was nice to reach here).  We stopped for snacks and made our way to the only hotel in town.  We have a room for $15, with two rooms, a kitchen (with no appliances) and a bathroom.  I think it’s really a building built for one bedroom apartments that is now operating as hotel.  It’s cold again and now that the sun has set, it’s really cooling off (it’s January and we are at over 6,000 feet after all!).  The room is cold already so I think we are in for a cold night.  Time to break out the down jackets.

The arch (or arches) 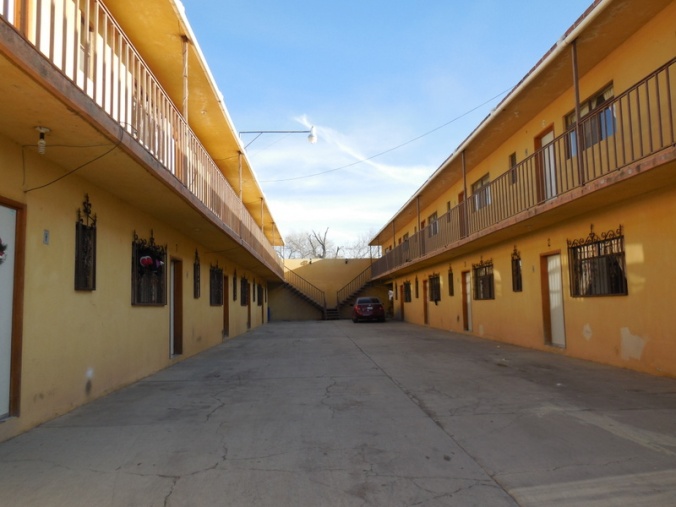 TV and Sky box – powered via adapter in light socket

Yup, fancy – we’ll sleep in the other room tonight

Dinner is in the room again tonight.  We have to make use of the kitchen after all.  Tomorrow we are headed for a slightly bigger town, 100,000-person Fresnillo.  We only have to ride about 60k to reach there so hopefully we can get a place in the centre and use the extra time to have a look around.