Durango is famous for a number of things – first up, many traditional old western movies were filmed here.  They even have a cowboy/western tour of some of the old movie sets.  We didn’t go on the tour but we did spot a local cowboy busting some moves in a local square.  I’m not sure how authentic in terms of “the old west” this guy was, none the less, he was a pretty good dancer.  As you look at the photos below, imagine traditional, very up-tempo, Mexican music blasting out of a nearby speaker.  I tried, but was unable to get Nancy to show off her Pendleton roots and join for a quick whirl (Senior editor’s note – if only I’d had some cowboy boots with me…). 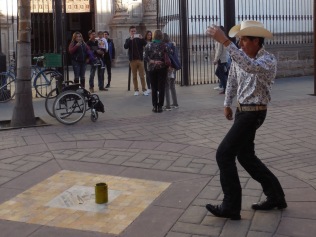 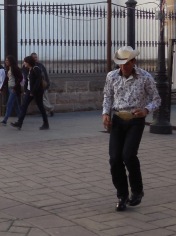 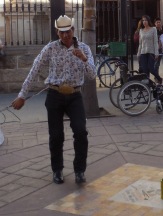 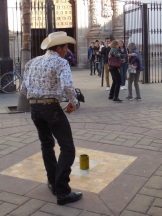 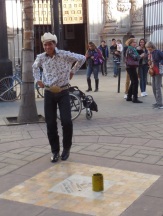 Durango is also famous for its churches.  The largest church is in the main square, right by our hotel.  It is called the Catedral Basilica Menor Inmaculada Concepción.  Construction of this church began in 1695, and was formally completed some 150 years later in 1844 –some serious long-term commitment shone by the local congregation. 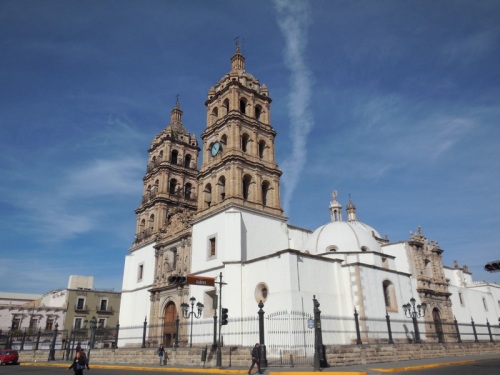 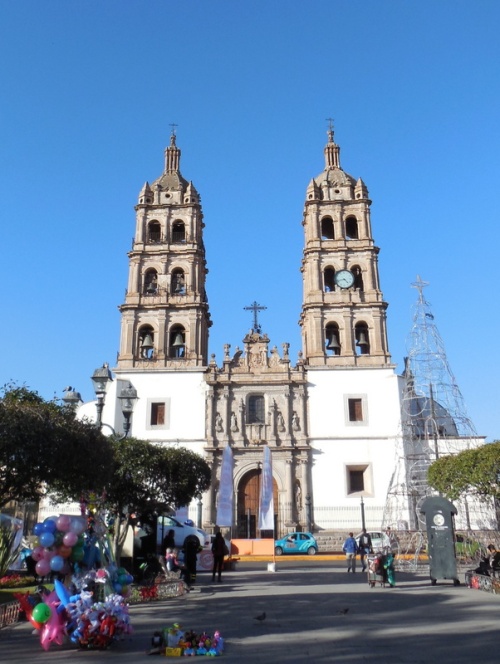 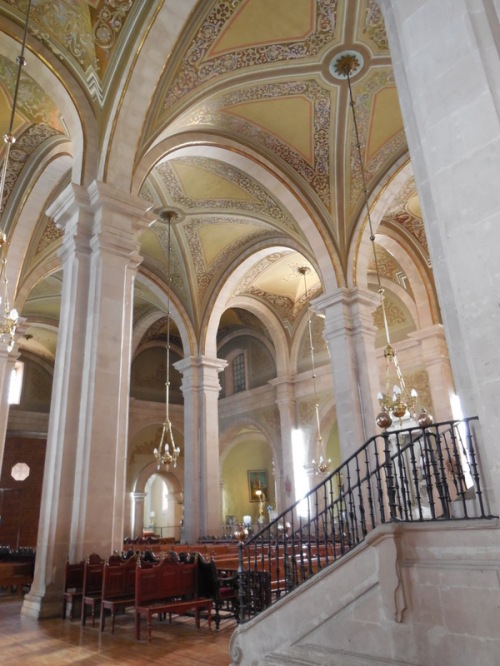 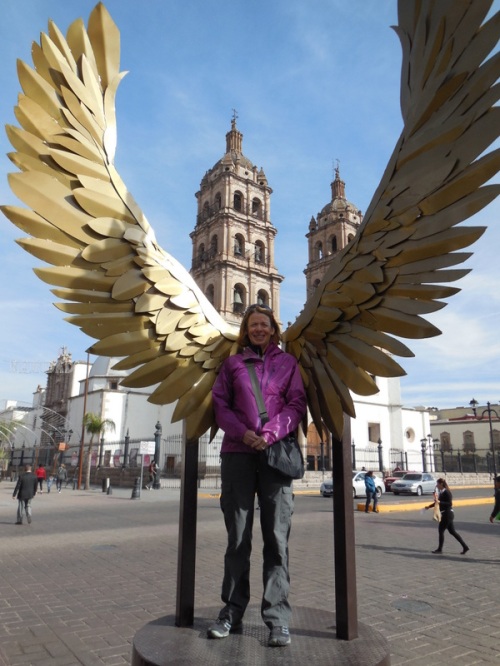 At the other end of our street is another famous church called the Church of Santa Ana.  At this church you can see what looks like bullet holes in the tower and facade stonework.  We met a couple of very interesting locals having their Friday night social just outside the church – they repeated the story we’d heard of the bullet damage coming during the Mexican Revolution.  I’m not sure that we got the full correct story but we had a lot of fun talking “Spenglish” with guys.  Their English and our Spanish made communication a challenge but also educational – who needs language learning applications on your smartphone when locals are willing to lend us a hand with these private lessons. 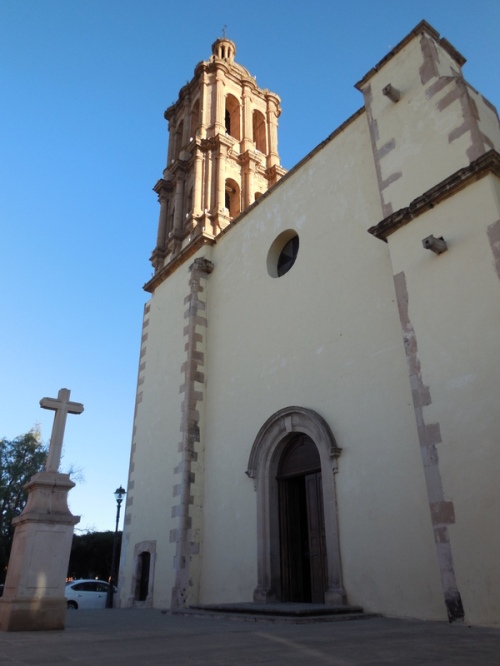 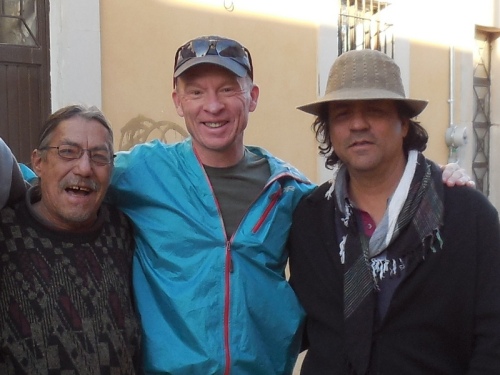 While shopping we passed a couple stores selling sewing machines.  Normally getting me to stop a sewing machine shop would be a challenge.  The difference here is that these stores were selling the famous old Singer (and other brands) machines that fit into those old tables that one finds in the hallway of trendy wine country bed and breakfast establishments.  The difference here was that the machines were either brand new, or refurbished.  In other words, they are still manufacturing brand new machines and people still use these machines here in Mexico.  The shop owner was quite proud showing us some of his more unique machines. 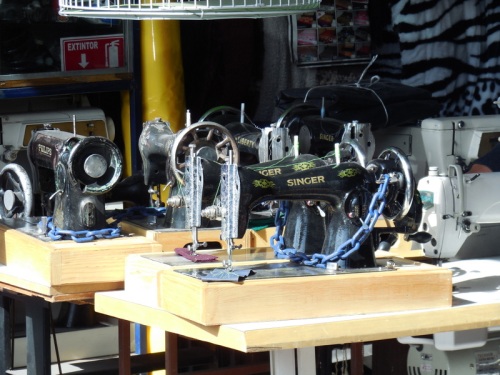 Need a new machine for your antique table? 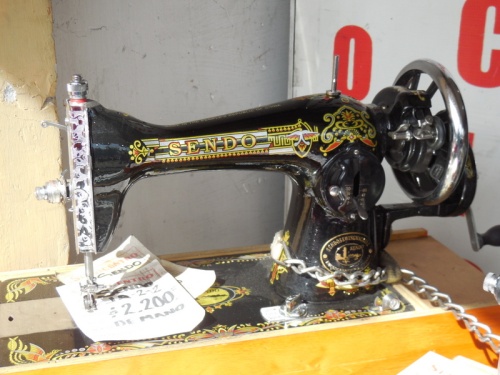 Lower priced, it’s not a Singer 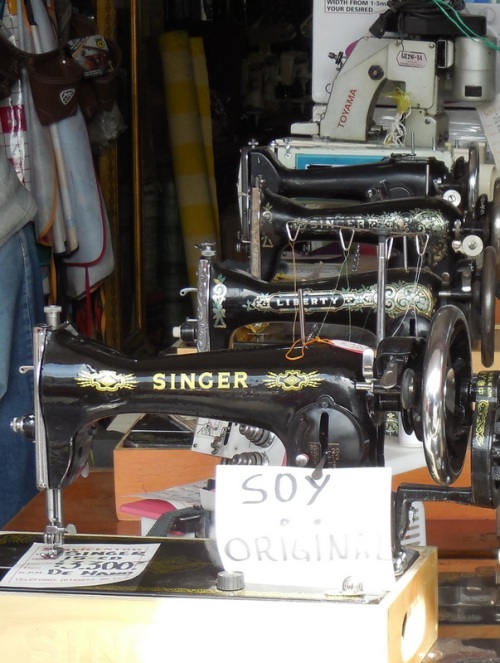 In addition to wandering around a bit and relaxing we also got some laundry done, shopped for supplies and did some bike maintenance – chores that need to be done even when you are on “vacation” for an extended period.  We found a great restaurant/deli called Wallanders that is a few blocks from the hotel and we’ve gone there for a late breakfast/brunch the last two days.  Great food and lots of tasty cookies and bread products, so we are stocked up for the road. 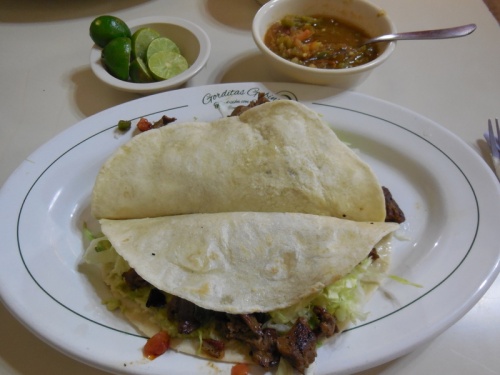 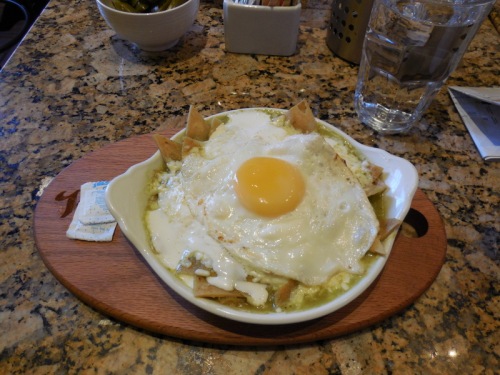 Omelette in a bun – delicious

Tomorrow we head west and a little south from here.  Durango is as far north as we are going to be for a long time.  Sometime in the next few days we’ll drop below the Tropic of Cancer and back into the tropics again.  It is sunny and warm enough during the day here, but the mornings are cool.  In fact, we’ll have to probably rug up a little when we leave tomorrow.  I’m happy to report that in spite of the morning coolness, Durango and its 800,000 folks don’t seem to burn wood for heat, so the air quality here is better than it was up in the mountains.  While there will be some climbing it should be nothing like what we had on the way up to Durango so we are looking forward to the ride. 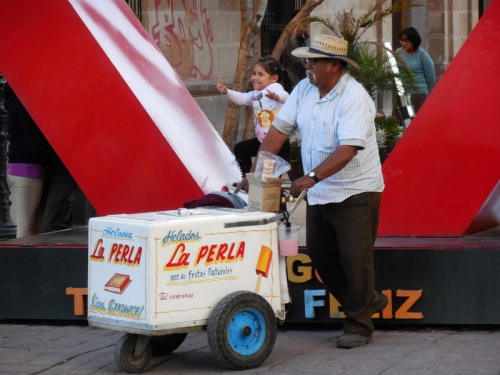 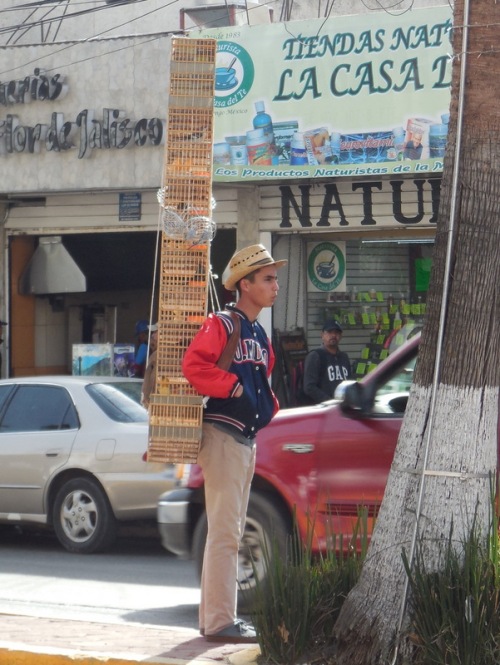