We awoke this morning to smoke in the campground, but rather than forest fire smoke it was smoke from fellow campers, the early risers, who gotten up and re-kindled their campfires.

We’ve started to notice a real difference in campgrounds and RV parks.  These days, RV parks are full of mostly retired folks who either live there full time or are there just for a couple of nights.  But either way, they have mostly big, self-contained rigs.  They go to the RV parks because they like the full power, water, sewer and TV hook ups.  For the most part, the RVers are not visible in the mornings.  For that matter, they tend to stay in their own little self-contained worlds most of the time.

Campgrounds tend to be state or federal parks that have been around for years.  This means that they don’t have any of the hook-ups noted above and they tend to attract different clientele. Campers tend to be younger, many young families and many just have a car or truck – plus several tents depending on how many and the age of the brood.  Campers also like to make campfires.  They start these before dark, then put the kids to bed and the adults sit around them until late.  The first male camper of any group appears to be responsible for re-kindling the fire at, or before, first light.  It doesn’t really matter that the woods are dry or that it will get to 100 degrees during the day, said fire must be re-kindled every morning.

When we travelled in SE Asia, we often found that the rural towns would be smoky most mornings.  Eventually we figured out that this was because they almost always burned the previous day’s garbage first thing in the morning.  Fires here are for effect and purely a luxury.  In SE Asia, they were a more basic part of everyday survival.

Generally, we like campers and RVers.  The former tend to be more engaging simply because they are out and about.  RVers tend to be more our age and curious of how and why we are doing this bicycle trip.

Back to the day…  Once we cleared the smoke of Burney Falls Campground, we found our way back out on Highway 89.  Traffic was light, the shoulder was good to poor.  We had only one place where we had to bail off the road due to traffic as there were rarely vehicles going both directions at the same time.  The scenery was mostly open alpine meadows, with the occasional old homestead.  We made our first real stop at the Rancheria RV Park store.  They were nice and offered some good advice for the road ahead.  They also had an interesting take on their politics of the day, and shared this with a posting right on the front door.  Fair enough I say, at least they were upfront.

Long ways from a free feed 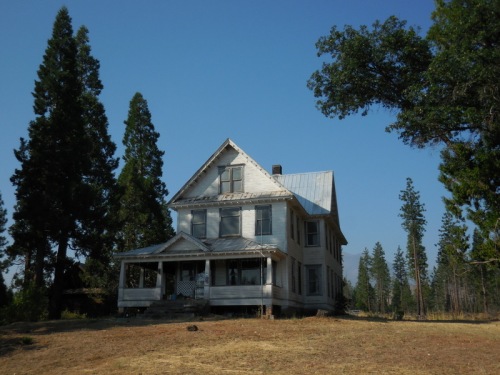 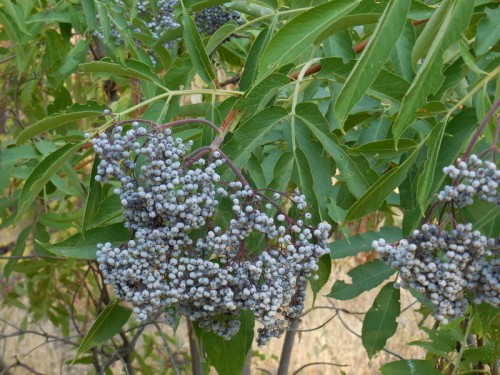 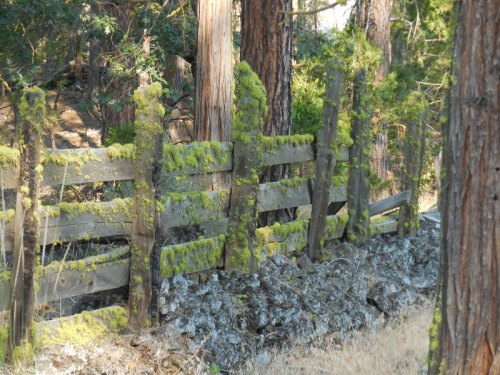 Old fence in the valley 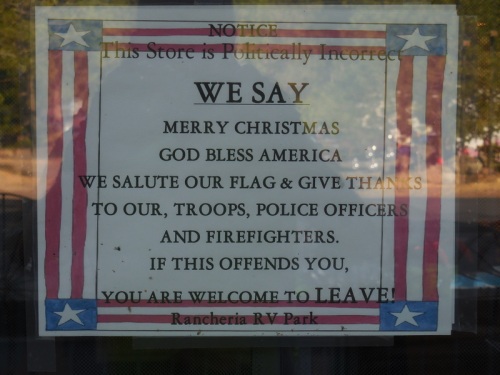 From Rancheria we had a good climb up to Old Station.  Traffic picked up a bit but it only really lasted until the junction with Highway 44.  Most of the traffic we’d been seeing appeared to be en route from up north to Reno (or thereabouts).  The fastest way to get there was Highway 44 to Susanville.  Best we could tell, 95% of the trucks turned off this way – which was great news for us.

We had cold drinks and a snack at the gas station in Old Station.  We met a young family there from Indonesia (now living in the USA).  They were quite interested in our trip and insisted on photos with us.  They had two young boys that were getting close to making decisions about college.  The parents wanted to know what we’d done for a living and if we could offer any career advice.  Funny encounter that reminded us of travelling in SE Asia again – where asking about one’s economic situation is much more common.

Tall man from yesterday’s no camping

We had about 1,500 feet of climbing from Old Station to Lassen Park.  It was just after noon when we left Old Station and it was a hot climb.  Nancy got over 100 on her thermometer again.  We stopped at a viewpoint about halfway up where I found the most interesting rock.  The front was painted like a shell and the back was painted with the words “#GP Rocks”.  Given that today is Nancy’s sister’s birthday today and her name is Gretchen Peterson, it seemed like karma.  Clearly, the rock was a sign that we needed to remember to wish Gretchen a happy birthday in the blog today – Happy Birthday Gretchen.  No, with 750 feet more to climb, we did not carry the rock any further, photos will have to do.

We eventually made it to Lassen Park entrance and our campground.  The campground is nice, another winner picked out for us by virtual tour guide Pete.  We had to pay $10 each to enter the park ($20 for the two of us).  It costs $20 for a carload of people as well.  Of course this is no fault of the lovely ranger lady taking our money so I was polite when I pointed out that 9 people in one car would cost the same as two people on two bicycles.  And of course, that two people on two bicycles would be polluting the park a heck of lot less than said car.  I certainly don’t mind paying user fees for things to help them stay in operation but they could be a little fairer with regard to bicycle prices.

I am really looking forward to tomorrow’s ride.  We’ll be up early as we have about 2,500 feet to climb right out of the campground.  We’ll be riding over the 8,500 foot Lassen Pass.  From the pass, it’s something like 14 or 15 miles of downhill, with another little hill to get over to get to Lake Alamor.  By getting up early, we should be able to climb while it’s cool and also maybe get some nice pictures of Mt Lassen.  Today’s photos were all pretty distant and very smoky.  It is also possible that Pete and/or Inge will be joining us at the end of the day in Lake Alamor.  We’ve only had limited mobile signal and no Wi-Fi for days – tomorrow we’ll figure out what their plans are for the next section of the road to Carson City.  We will have to hold the blog for posting until tomorrow (together with yesterday’s) as there is no mobile signal here and no Wi-Fi. 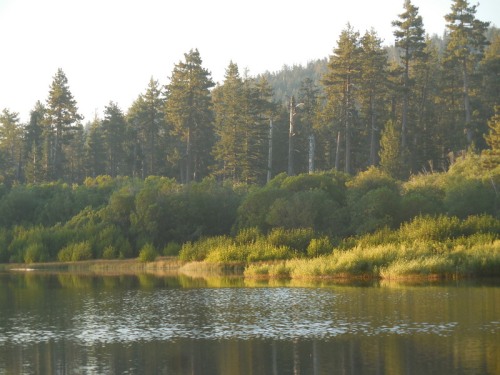