As promised by Nancy yesterday, here’s a quick write up of our trip to Kuelap.  We were both looking forward to seeing the site but after Ingapirca (the Inca site we saw in Ecuador), our hopes were not too high.  Nothing bad about Ingapirca mind you, it was just a lot smaller than we thought it would be.

We were up early as we learned from several people that “the buses from Chachapoyas” arrive around 10AM and that Kuelap can get crowded from that point.  We rose to blue skies, crisp mountain air and what looked like a perfect day.

It used to take up to 5 hours on dirt roads by bus to reach Kuelap.  Not any longer as about a year ago they opened a new gondola that cuts the total time to less than 30 minutes.  From the ticket booth you take a bus 10 minutes up the hill to the lower station of the gondola.  The gondola ride is all of 20 minutes long.

The gondola is almost worth the price of admission all by itself.  It is 4k long with a big dip into a canyon and then a couple super high off the ground long spans.  We were first in the queue and on the first bus up the mountain.  There were 2 others on our bus – Alan and Jo, the other bikepackers from New Zealand that we met yesterday.  Our guest house owner told us to ask for our own gondola car but we didn’t have any luck with this.  The guy working the gondola said that every bus behind ours was would be packed, so we rode up with Alan and Jo.  There was no one in the 20 cars behind us as no one really gets up there that early – funny.

Anyway, the ride was amazing.  Nobody got sick even though it was a little bouncy with the winds and big swoops up and around the pylons.  The views were great.  To have such modern technology drop you into the middle of what is basically a 2,500 year old ruin is kind of odd.  It’s like riding Space Mountain in Disneyland but instead of the mountain being paper mache and plastic, it’s a real mountain.

Once at the top station, we took a quick look at the interpretive centre and headed out to the 2k uphill walk to reach Kuelap.  There were very few people on the site, maybe a dozen if you count us, Alan and Jo and the security guards.  We basically had it to ourselves.  The site is pretty amazing – it’s a little wilder than Ingapirca but much larger and more intact.  They have enough information signs to give you a gist of what you are seeing but it was really more about being in this beautiful ancient place, on top of a mountain, on a gorgeous day and having it virtually to yourself.  It was rather magical.

Kuelap has been occupied since 500 BC but the real building took place between 900 and 1100 AD.  The site was home of the Chachapoya people for most of this time.  It is estimated that as many as 300,000 people lived on the site at the peak.  The Inca invaded the site at some point but they respected the existing culture and didn’t destroy everything.  The city was abandoned in 1570 when the Spanish arrived and was largely forgotten until being rediscovered in 1848 by a local explorer.  It is said that he was “walking uphill and ran into a wall” – he walked into the outside fortification wall of Kuelap.  The serous archaeological work didn’t really start until the 1980s so really, the surface has only just been scratched on what happened here.

This part of the world is really hard to get to and until the building of the gondola, getting from the already remote town of Tingo was such an effort, people just didn’t visit Kuelap in significant numbers.  Tourism is now starting to build but it is slow.  In talking with a number of locals, everyone sort of hoped that the gondola would make Kuelap the next Machu Picchu – and it may one day, if only slowly.  Despite being named the best 2017 overseas attraction by the readers of National Geographic Traveller and having a mention in the NY Times travel magazine it may still be some time before things boom.  We felt kind of lucky to have been able to visit before Kuelap gets overrun by tourists.  It really is a magical place and to have it to ourselves, how lucky…

We overdosed on photos, here is a small sample… 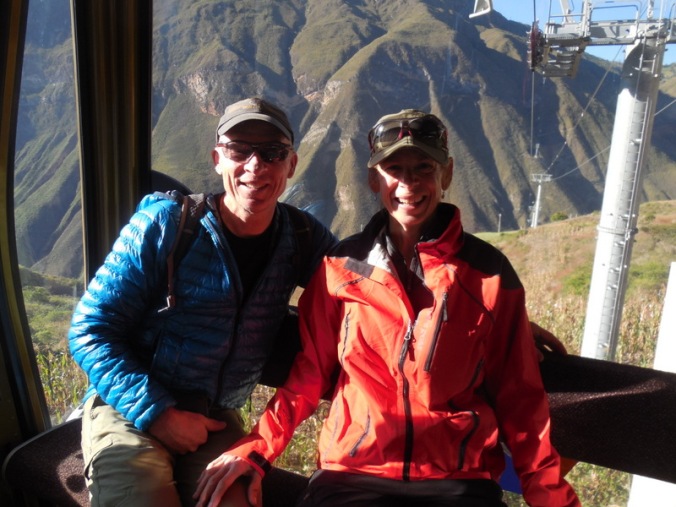 On the gondola – see rest of line over Nancy’s shoulder

Kuelap – Chochopoya used mortar, unlike Inca not using it 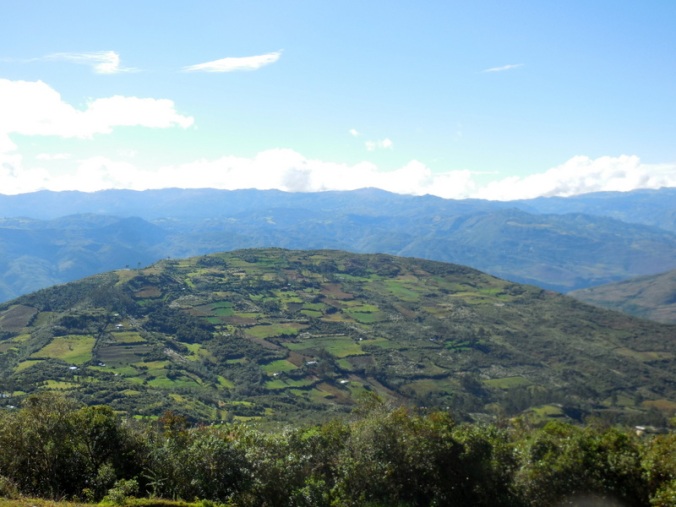 Kuelap is a fortress city – this is the external wall 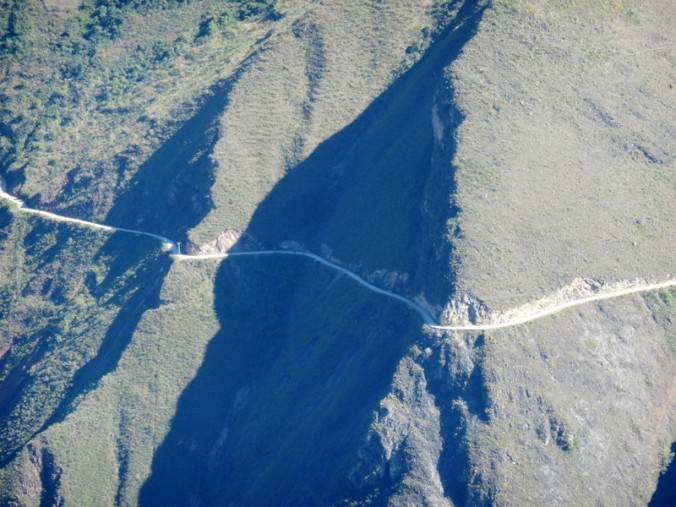 That’s a small portion of the old road into Kuelap

There are a few llama onsite 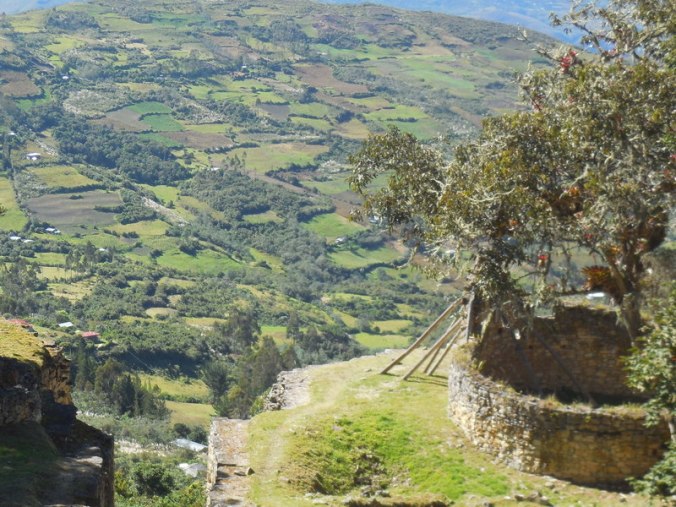 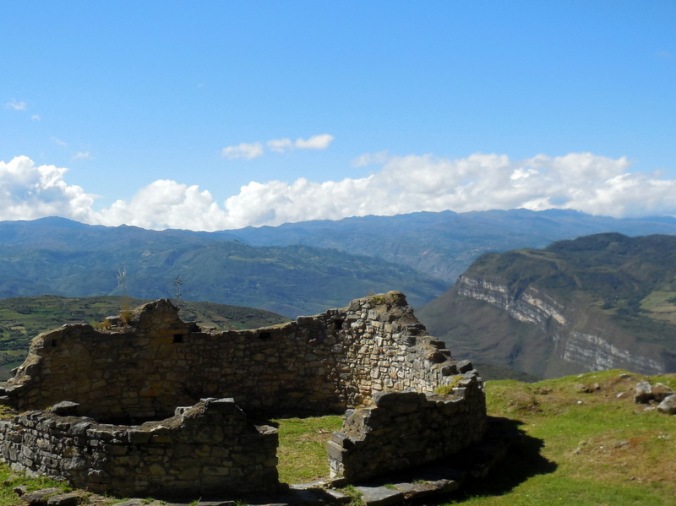 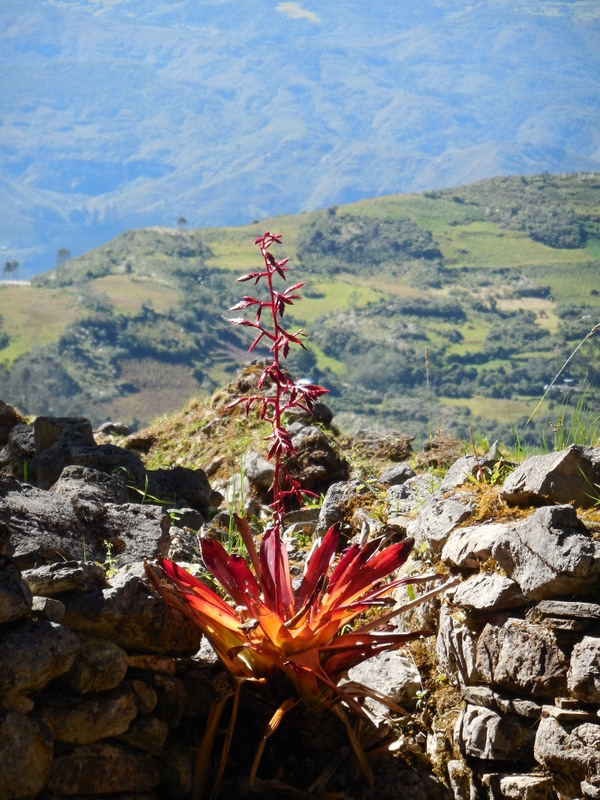 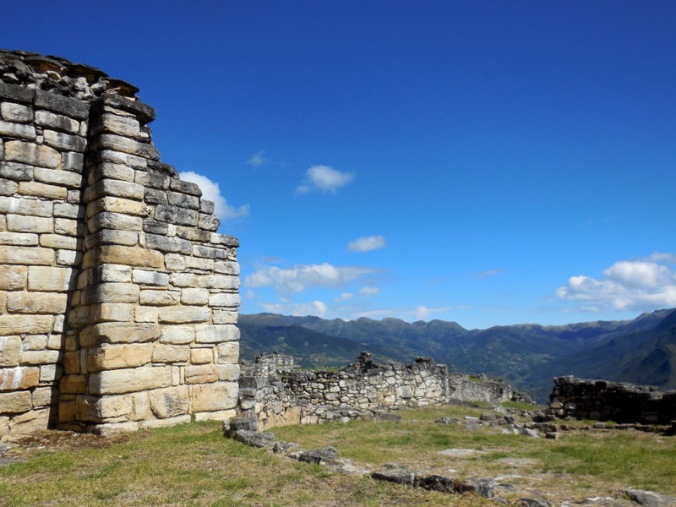 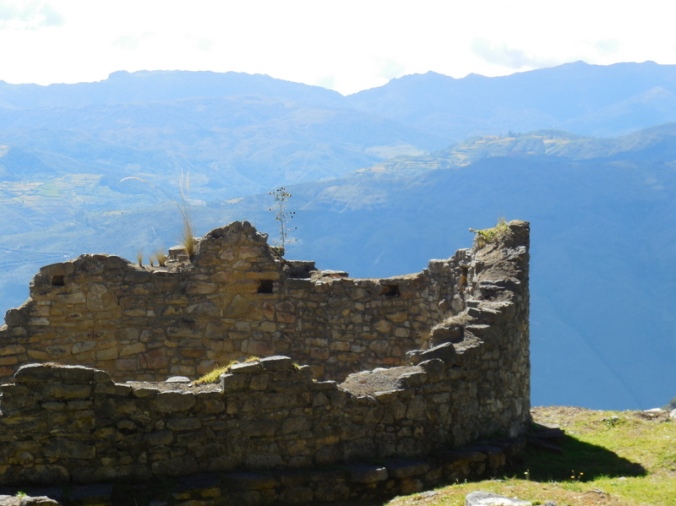 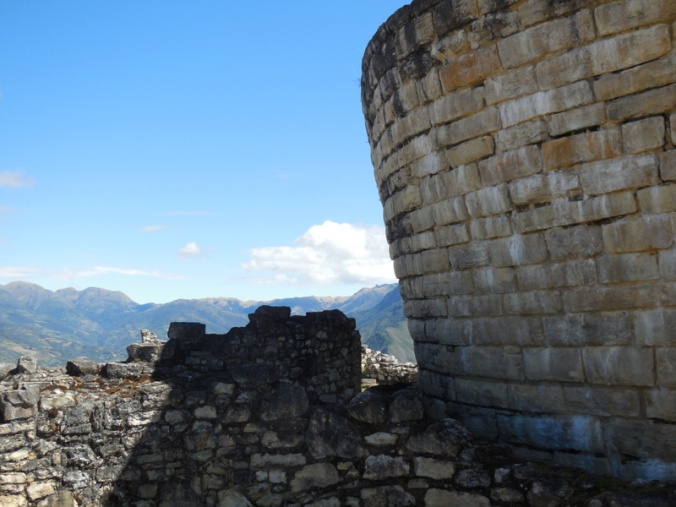 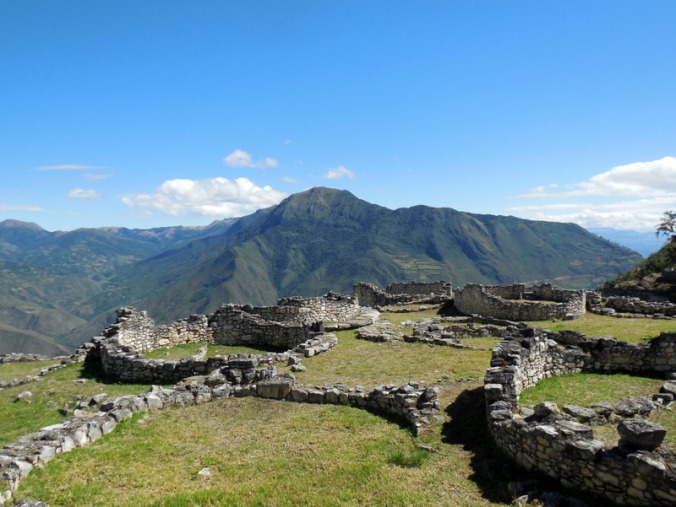