We are enjoying our time in Cuenca.  It feels like the last big city we’ll see for a while – sort of like jumping off the end of the earth as we move to the more remote south of Ecuador and Peru.  I’m sure that we’ll find peanut butter south of here, but it might be a few weeks.  So we are stocking up on food – eating lots that is.  And shopping for essentials like peanut butter.

We are also playing tourist a bit as well.  As I mentioned a few days ago Cuenca is UNESCO listed and has a very nice old-town area.  We are staying right in the middle of it so wandering the streets is fun – mostly old colonial buildings, a few churches and the odd 1950’s modern building.  The city planners managed to stop enough of the modern buildings so as to not jeopardize the UNESCO listing. 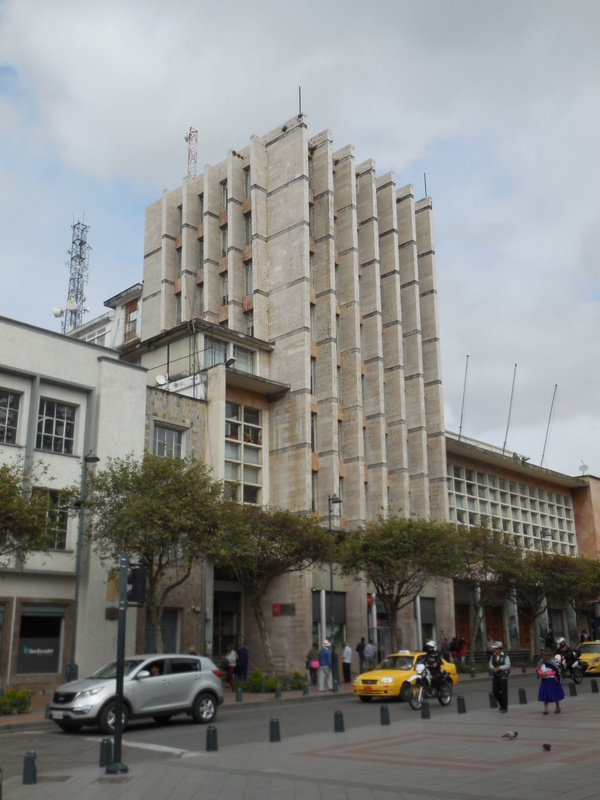 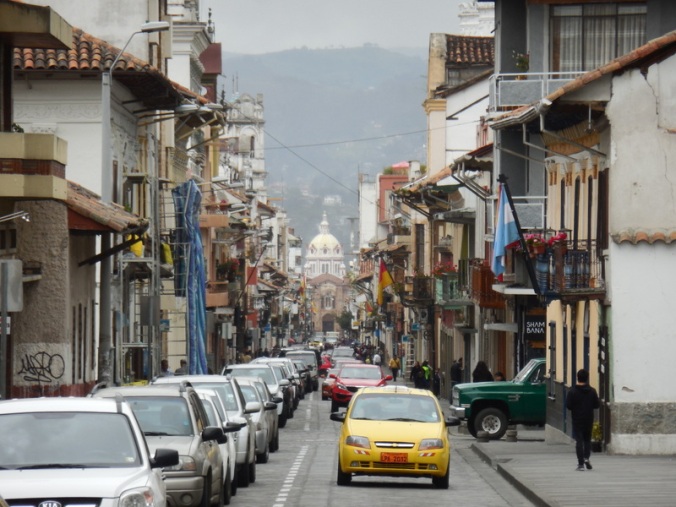 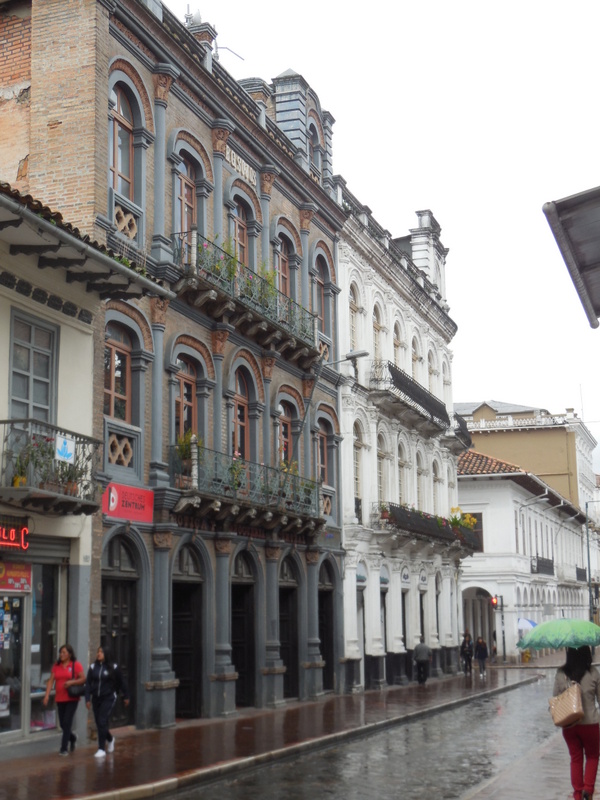 Cuenca is quite old; they have found caves with evidence of humans dating from about 8,000 BC.  And the Cañar and Incas were both living in the area prior to the arrival of the Spanish.  However, the founding date for Cuenca is listed as 1557, when the conquistadors arrived and set up shop. 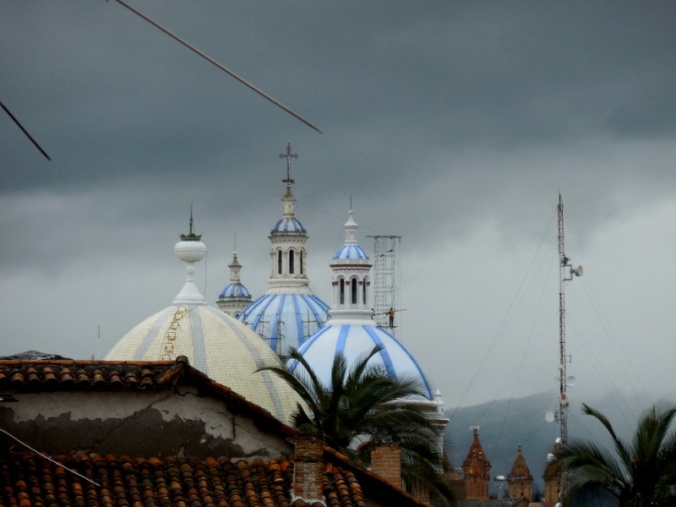 The main industries here are textiles, furniture, flowers and hats.  We toured a small hat factory today and learned a lot about their famous hats.  It turns out that the famous Panama hat is actually from Ecuador – it is made from a palm leaf that grows here naturally.  The reason that the hat is called a Panama hat is because back when the Panama Canal was being built, Teddy Roosevelt made a trip down, saw the workers wearing the white hats and got one for himself.  Later in an interview, someone asked him where he got the hat and he replied “Panama” and the name stuck.  So now you know, Panama hats are not made in Panama but are actually from Ecuador. 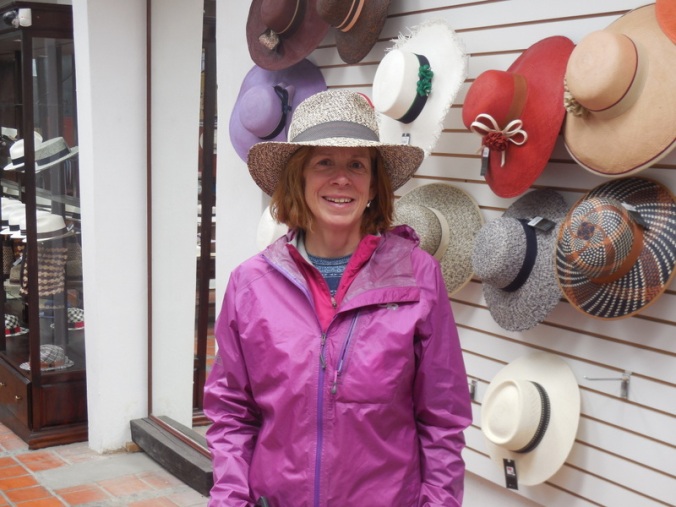 More traditional in front – colors in back

In addition to the hat factory, we took a walking tour of the city today.  This got us heading down streets that we hadn’t seen in our first two days.  Old-town is easy to navigate but every street has something, and at least a handful of buildings, that catches your eye.  One could easily spend days just making a systematic run through the blocks.  It wouldn’t be very quick as between the fun shops, coffee shops, chocolate stores and things to look at, progress would be slow.

There is a proper city market just down the street from our hotel.  We made a visit there this afternoon.  I was after some market shops and hopefully some of the folks in traditional clothing.  The later was partially successful.  I ask before taking photos and get a mixed reaction.  Many people say “no”, some say “yes” and some say “yes, for a dollar”.  Even though we are in a city, there are still a good number of folks in traditional clothing, though not as many as we saw in the country.  And here, they often see us gringos as a source of cash, thus the request for a dollar.  It’s all pretty low stress but I have to learn not to take it overly personal if someone says no.  Not everyone is as willing to be in my photos as Nancy is!

Bright clothes for a grey day

Meat seller – we watched her sell a slab of beef and a chicken – never once used gloves or wiped anything – handled money and everything – wow – think I’ll go veg!

We’ll see if he wants to join us

Selling papa loco – potatoes with everything else all mixed in, thus the name “Crazy potatoes”

Market shot – I took this one because the jamaica purple flowers in the middle – in Mexico they use this for juice, just like here, except the flowers are dried when they sell them.

We will leave here Saturday morning, well fed and well coffee’d.  There is a large ex-pat community here, lots of Americans, and the locals have figured out what these folks want to eat and drink.  We certainly don’t mind joining in for a few days, if nothing else, to get a little more meat on bones.  And finding something resembling a coffee culture has also been a nice surprise.  We haven’t had to drink instant coffee since arriving.

The Americans come here because the cost of living is lower than in the USA, having the currency in USD means stability and the government is also relatively stable.  At lunch today, we listened to two couples talk about the trials of building houses here, the cost of shipping things down and naturally, health insurance.  The same things that they would be talking about if they were in say, Chicago, but here the conversations cost less.

We have another day of sightseeing tomorrow.  The museums are mostly free but spending too much time in them cuts into coffee drinking time.  Plus we need to find that peanut butter, just in case we can’t find any more in South America.  Unless something dramatic happens tomorrow, our next post will be from the road south after our ride on Saturday. 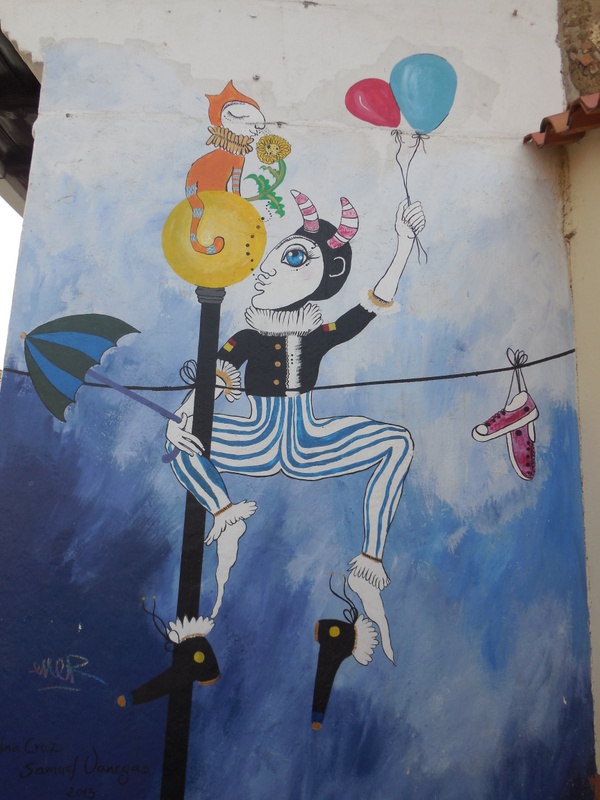 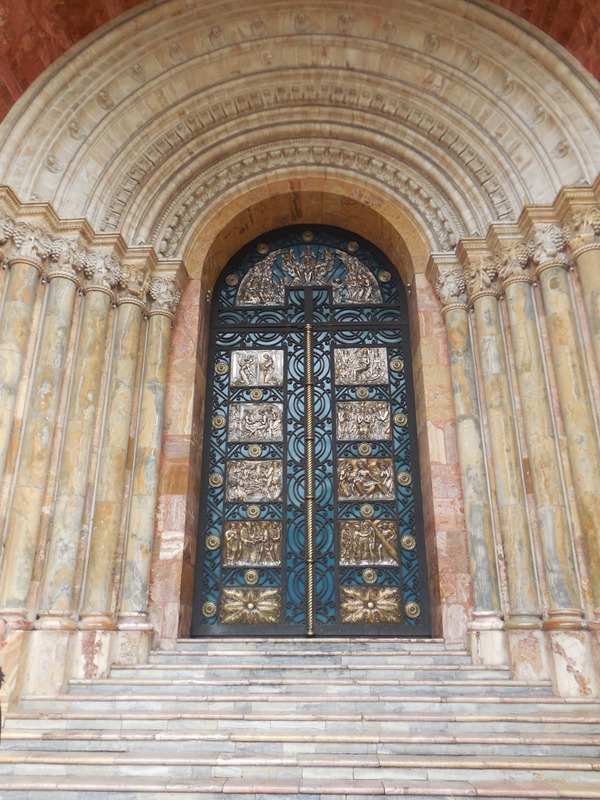