Just as we left the hotel this morning it started to rain.  Not exactly what we wanted given that we had a good 10k of big city motorway to ride before breaking free of Medellin.  It rained lightly most of these 10k and we got really dirty.  Good news however, the buses and all other traffic was very well behaved.  At times we were riding in the far right lane of a six lane highway, so I guess that the drivers figured that 1 of 6 lanes was fair enough to give to the cyclists.

We saw a few riders in this section.  Sport riders alternated with Croc-wearing locals just trying to make it to work.  About 5k into the 10k section it started to rain a bit harder and all of the motorcycle and scooter folks pulled over to put on rain gear – some of which amounted to a big plastic bag or two.  We wore just our vests and summer riding gear – it was not too cool down at only 5,000 feet.

Eventually the 6 lane road gave way to four, then two and finally when we started the steepest part of the climb the highway became one lane in each direction.  The climb was hard but not overly difficult.  We saw heaps of local recreational riders out on this part of the road, in spite of the rain.  Traffic stayed well behaved and gave us plenty of room even though the shoulder was narrow in places.

The rain sort of came and went as we climbed and was a proper drizzle when we pulled over at one of the summit restaurants.  We pulled our bikes under the rain covering and ordered both hot chocolate and hot chicken soup.  It was only 9:20 but we are calling it morning tea.  We thoroughly enjoyed our treats, gradually layering up the clothing to prevent getting cold.  If we sound “hard”, spare a thought for the six young men from Venezuela who were walking to Cali to try to find work.  I think they get food by donation and were refugees – Columbia has taken in many economic refugees from Venezuela.  We made a small donation and the cafe owner gave them soup and hot chocolate.  They had no rain gear and walked up the hill we rode up.

It almost stopped raining by the time we left the summit but we kept all of our clothes on to beat the chill.  At the summit there were a series of ups and downs along a ridge that can only be described as a magical to ride.  We warmed up on the little climbs – either that or we just didn’t notice because the scenery was so distracting – 1000 foot drops on one side, then the next, sometimes both.  We were in the clouds as well, the distant hills came in and out of view with the wisps of clouds.  And to think, from what I read, this was supposed to be a boring scenery day.

Road and town right down the ridge line

Still wet but the sun is coming, and the downhill

The rain stopped now and we zipped down a magical loopy Andes mountain highway on a descent that we will not soon forget.  We left the ridge and plummeted a good 3,000 meters using only hand muscles to pull the brakes.  Our hands got sore.

We had thought that Highway 25, which we were riding, was the major north/south route between Cali and Medellin but there was not really much truck traffic.  And the road was actually pretty narrow and twisty.  Of course we were passed going up the climb but going down, I think we were just keeping up with the trucks and not many passed us until the very bottom of our roller coaster ride.  Wow, what a fun ride.

We stopped near the bottom at a fruit stand to let a few of those trucks pass and had a great interaction with the fruit seller and three road crew guys taking a break.  The seller really wanted us to buy a small bundle of “scented” firewood.  We of course were not going to buy this but we did get some lady finger bananas.  The guys didn’t really speak any English but we were able to cobble enough of our broken Spanish into a conversation that had all six of use rolling with laughter.  See Nancy, I told you that our Spanish is getting better!

The fruit seller – highway guys scatter when the camera came out!

We are staying in a gorgeous Andes valley that appears to be some sort of getaway location for folks from Medellin.  Everything is very pricey but the scenery is great.  We found a hotel that is away from town (there isn’t much town) – Hotel Real Dinesita.  They wanted $50 for the room which seemed outrageous for Colombia until we figured out that this included brekkie, lunch and dinner.  Given the location outside of town, this is great for us.  And room and board for a full day/night for 2 people for $50 is a pretty good deal.

After showers we had lunch looking over the river valley and some distance Andes hills.  It is very peaceful and there are very few other folks here.  There is a nice pool but rather than getting in it, we cleaned our bikes and bags.  We were so messy when we arrived today, I was afraid that they wouldn’t let us in.  I asked for a hose to work the bikes and they were more than happy to oblige, knowing that the filthy bikes would make a mess of their room. 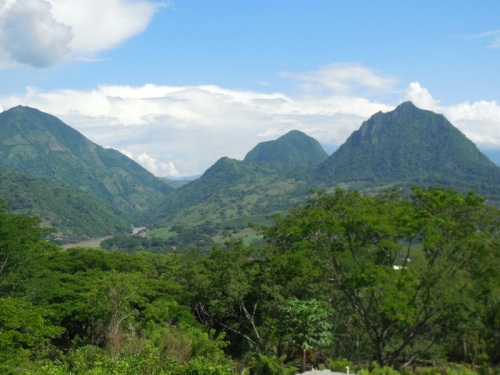 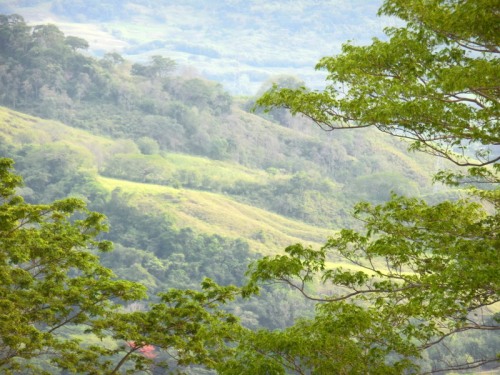 Down on the river – a bridge to a small town

We are just now getting ready for dinner.  If it’s as good as lunch, we’ll be all set.  We are skipping brekkie in the morning because they don’t server it until 7:30 and we want to get away early to beat the heat (it was hot today when the rain stopped).  The food and beverage manager has agreed to give us some milk to put in the fridge for our brekkie.  Everyone is really quite nice here. 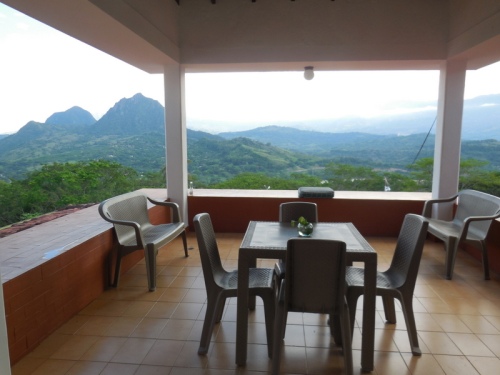 Table where I wrote the blog – life could be worse

Bird on a wire

Tomorrow we have a mostly flat day and it’s not super long.  We have a couple potential stops picked out but this section of highway is a little sparse.  So we’ll see how it goes.  It is not supposed to rain so our semi-clean bikes will be happier.  Time to go see what’s for dinner – no menus – just whatever they are making.  What a fun day today and fun place to spend the afternoon and evening.

We didn’t get 1.5 meters but there was some respect – fair enough 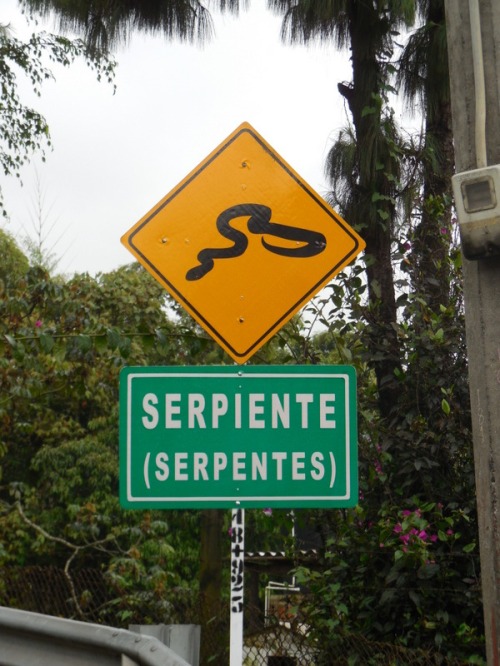 We didn’t see any snakes – darn