Wow, what a day.  We thought that today would be easy but it was anything but.  We woke to grey skies that would be with us pretty much all day.  We were both a little groggy as our fancy hotel lacked one important feature – sound proofing in walls above a false ceiling.  Our neighbours “vocal adult gymnastics” seemed to go on all night.  In order to keep this blog’s G rating, we’ll leave the rest of that story for a time when we are sharing a quiet drink with anyone who wants to hear about it.

We were up earlier hoping to beat the forecast afternoon rains but this sort of backfired as we departed in a slight morning drizzle.  This didn’t last more than 5k so it’s really hard to even call it a rain day.  It was cool enough that Nancy wore arm and leg warmers – I skipped both and made the right call – Nancy stripped hers off less than 10k into the day. 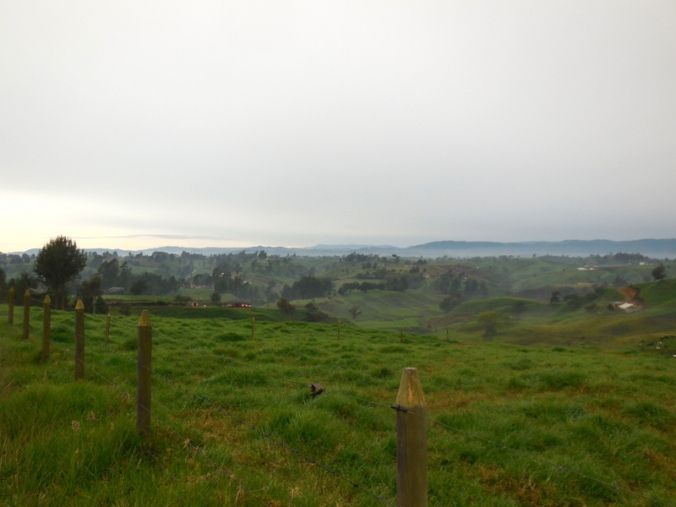 The cruisy 50k from Santa Rosa de Osos to the start of the decent to Medellin was actually quite challenging.  We had looked at the profile but the massive downhill in the last 20k warped the scale so much that the 3,500 feet of rolling up and down the dales of Andes in the first 50k were blurred out.  It was as hard mentally as it was physically.

Nancy was certain that we’d arrive in Medellin too late to join the closed freeway event so riding was a little stressed.  I was less worried as I knew the event went on until at least 1PM, maybe 2PM.  I shared this information with Nancy but I don’t think she believed me.  The grey skies meant really flat light and some difficult picture taking – just as well as too much stopping when “we” are worried about the schedule is not a good thing. 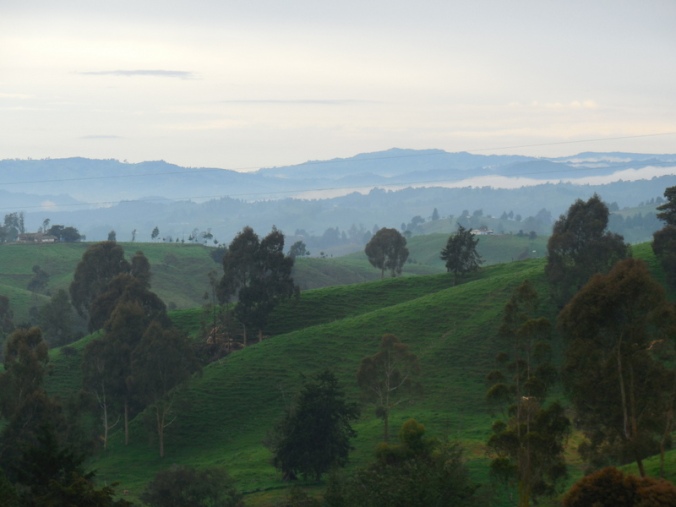 Andes view in the morning 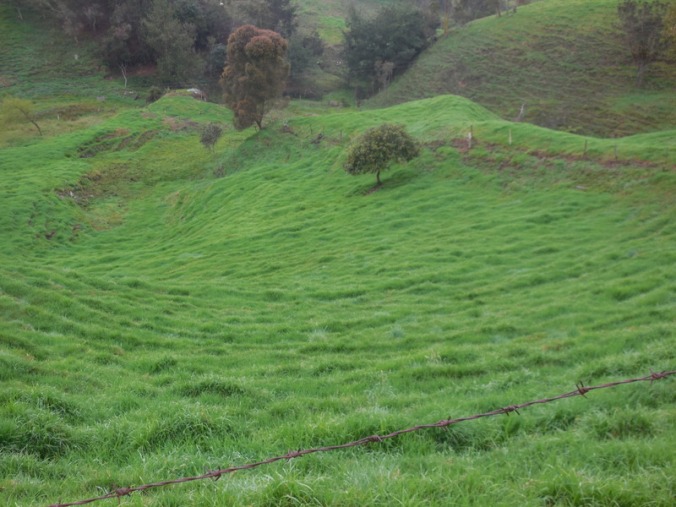 Cow tracks reminded me of the tea plantations in the Malaysia

The route we took was via San Pedro and San Felix.  This was mostly on Highway 62, a narrow county road with no shoulder.  There was very little traffic so safety was not an issue.  We took this back road because Highway 25 has some sort of closure down near Medellin.  We “heard” that 25 may have been flatter but we didn’t want to test the closure.  Some members of our travelling party were convinced that we’d made the wrong route choice, adding to the above mental stress.  We had one quick coffee break (barely worth calling it morning tea) in San Pedro – we were on a schedule. 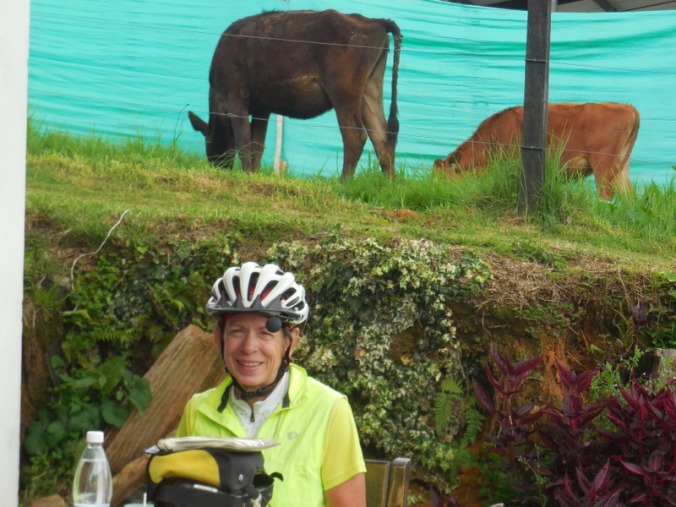 Quick photo at morning tea – didn’t have time to properly frame it so now it looks like cow is walking on Nancy – schedules! 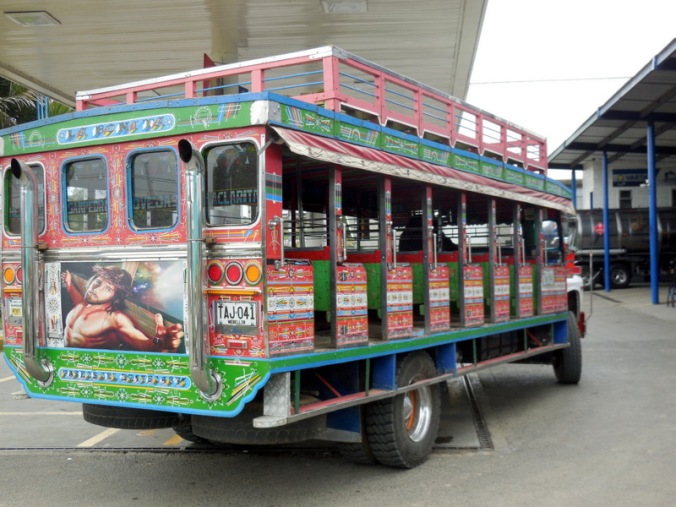 One of those famous Andes door-less buses

About 55k we crested the last climb and came up to an amazing overlook of Medellin.  Flat light made it hard for great photos so we just decided to enjoy the ride down the mountain.  The views of the city were quite amazing – it seems to crawl up the surrounding mountains in every direction.  From above one would think that way more than 2.5 million folks live here. 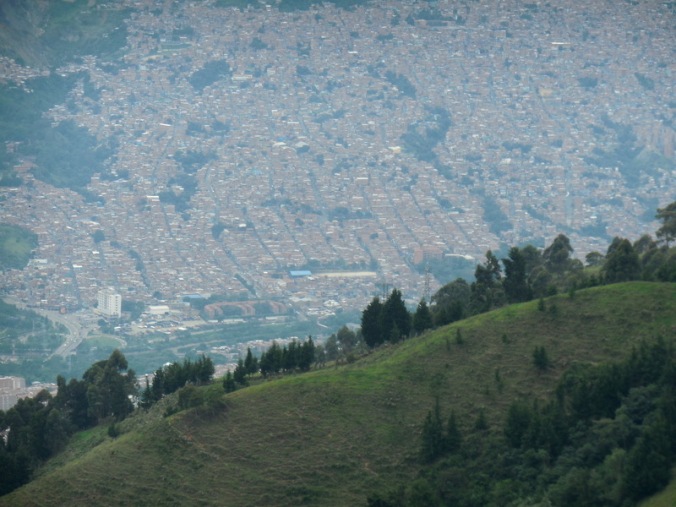 Looking down on Medellin

On the downhill, it soon became clear why the early elevation profile had tricked us so easily.  The downhill was crazy steep.  In order to stay on our bikes we had to do the old mountain bike trick of hanging one’s bum off the back of the seat, grip the brakes and hope to not hit any bumps.  I’m sure glad that we have disc brakes as we would have certainly overheated a tire on a rim brake.  It was white-knuckle, sore hands all the way down.

We’d seen increasing numbers of locals on bikes as we got closer to town and noted that some of these riders were on our route down the cliff face.  So, it wasn’t simply a matter of us following Google maps blindly.  We had to stop a couple times to check the route and to let the brakes cool a little.  After each stop we were quickly back in our bum-back braking positions as it seemed like the downhill would never end (that’s crazy, what cyclist writes that sort of sentence)!

Eventually we made it to the bottom and where we thought the closed highway was.  As luck would have it, we hit the highway in a perfect spot.  It was a little tricky getting to the closed lanes but a policeman stopped traffic for us.  There were three lanes reserved for bikers, roller bladders, walkers and runners.  We joined the procession heading towards Poblado, the neighbourhood in Medellin where our AirBnB is located.  It was quite fun being on a major highway, watching the cars be crowded on the other side of the road.  Nice job Medellin – a great idea for more cities – Sydney are you listening?? 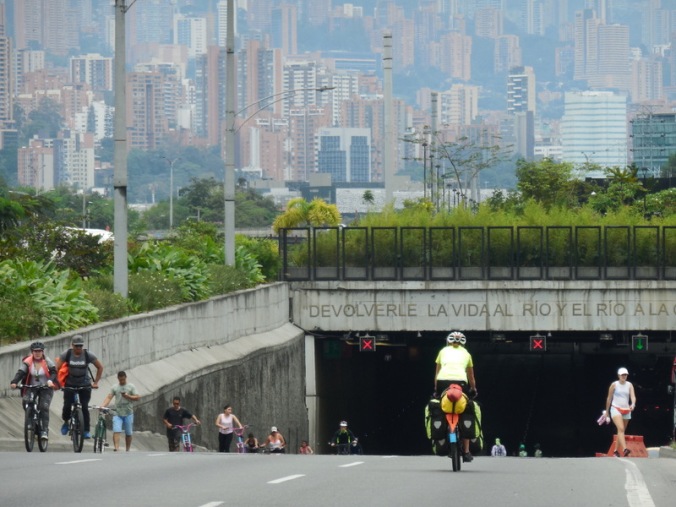 Every Sunday – human power rules the roads in Medellin – love it!

We eventually reached our exit from the highway and got one of the event assistants to help us cross the traffic.  It took a while but he got all three lanes, including a semi, stopped so that we could cross.  I’m not sure that this was in his job description but we appreciated his efforts. 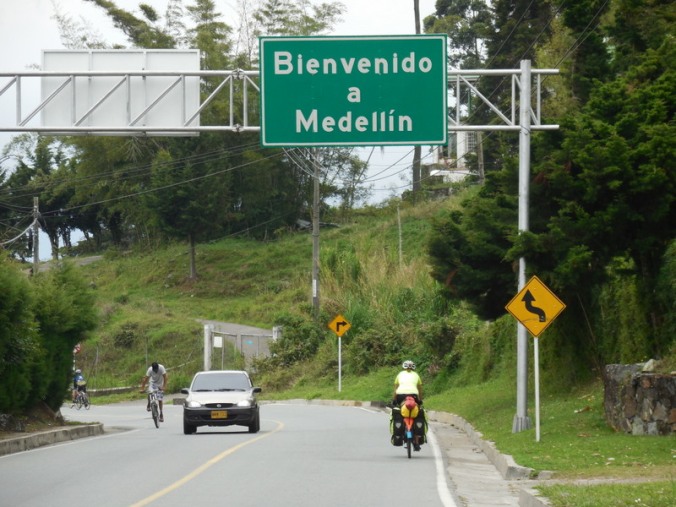 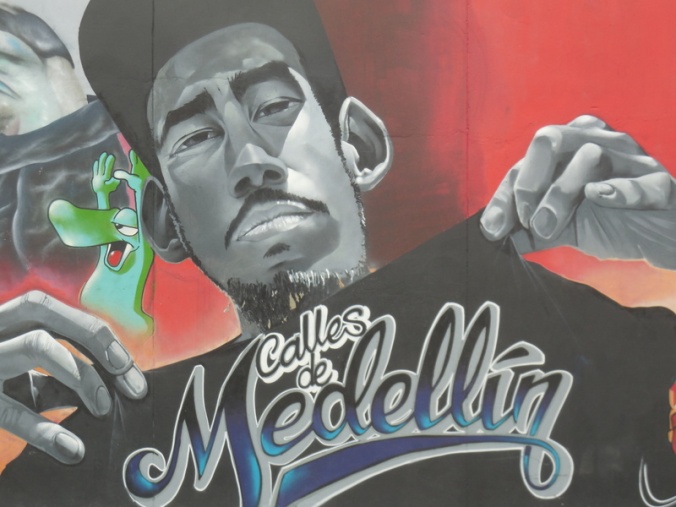 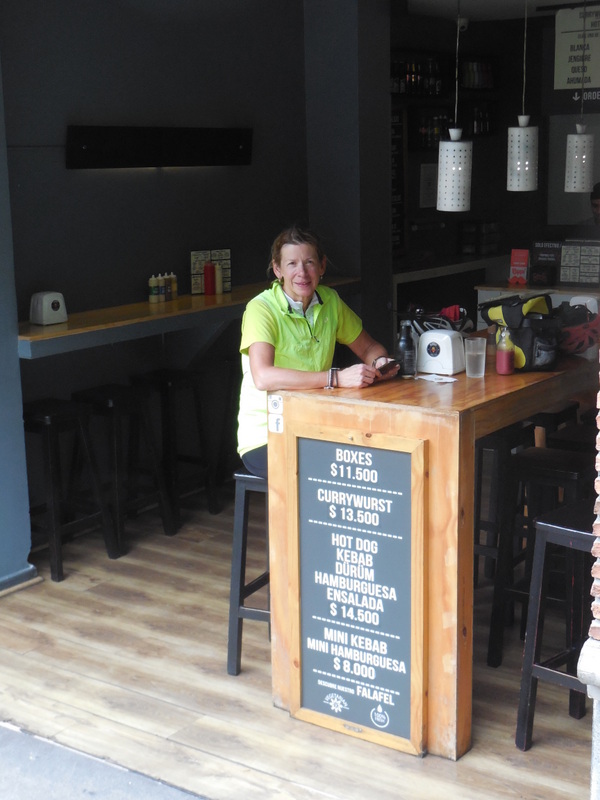 We were hungry – so much nervous energy 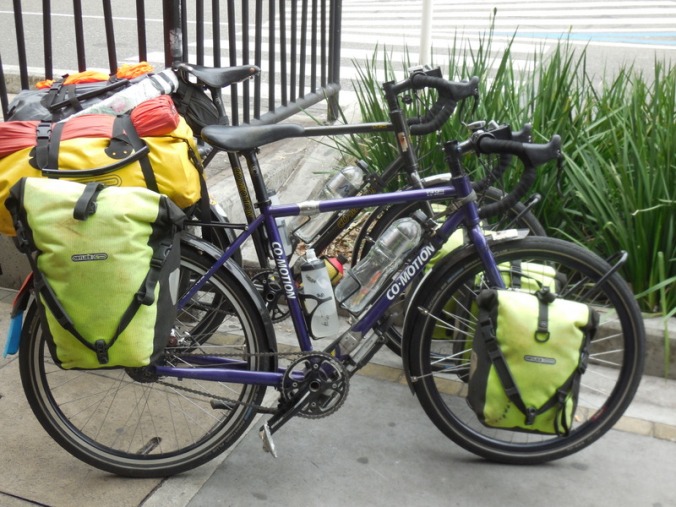 We eventually made it to our AirBnB after a quick bite for lunch.  We were both pretty tired.  Just as we reached our front door, I spotted a familiar face up the street.  It turned out to be Martin (of Martin and Manja fame).  They took a boat from Panama City and a completely different route through Colombia to Medellin.  We knew that they were going to be in Medellin but to see them on a random street right near our place was crazy.  We’ll be here a few days and for sure link up with them for a meal or two.  It’s nice to have “like minded” folks to talk to sometimes on these trips. 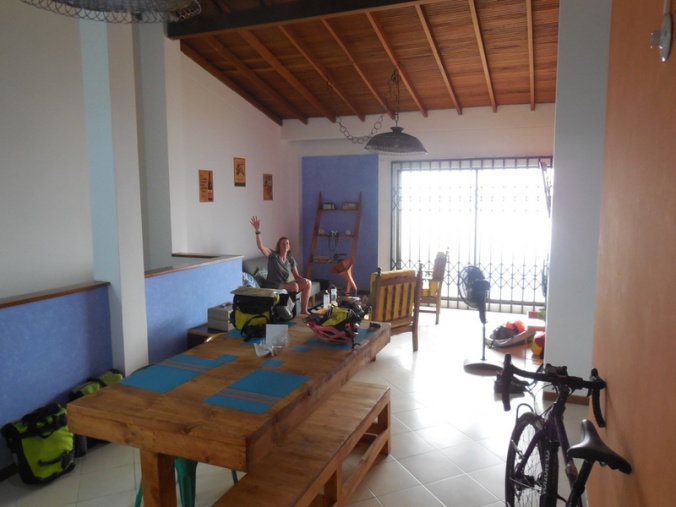 Further updated from Medellin in the coming days.  No alarm clock tomorrow – yeah.