We had our normal brekkie today, with one important addition – a piece of huckleberry pie each.  I think the pie was better the second time around with the berries chilled in the fridge overnight – the cold berries almost had the texture of fresh pomegranate seed.  Of course, they didn’t taste like that but having a pie made from 1 day old, never frozen berries, you get the real freshness of the fruit, including its natural texture – wow, what a treat for us.  Last night, both Jan and Kathie independently said that they wanted to lick their plates after eating some – it really was that good!

Today we got the star treatment, as we got to put our bags into the car Jan and Kathie were driving to Ashland, where we would meet up with them later, so we were bag-free.  That meant we had a pretty fast and easy day, notwithstanding the long mileage.  We were on Hwy 62 for most of the day – the road and the scenery continued to be spectacular, at least for the first forty miles or so.

Just down the road from Union Creek, we came across the Rogue River Natural Bridge.  We were only getting started and had a long day planned but decided that we needed to check it out.  And we were glad we did.  We were both probably expecting an “Arches National Park” like natural bridge but it was nothing like that.  At this natural bridge, the river water dives underground, flowing through an ancient lava tube, causing most of the raging river to disappear before re-emerging through caves 100 feet downstream.  It was one of those displays of nature that is better seen in person than through photographs (the photos you see below don’t come close to doing it any justice). 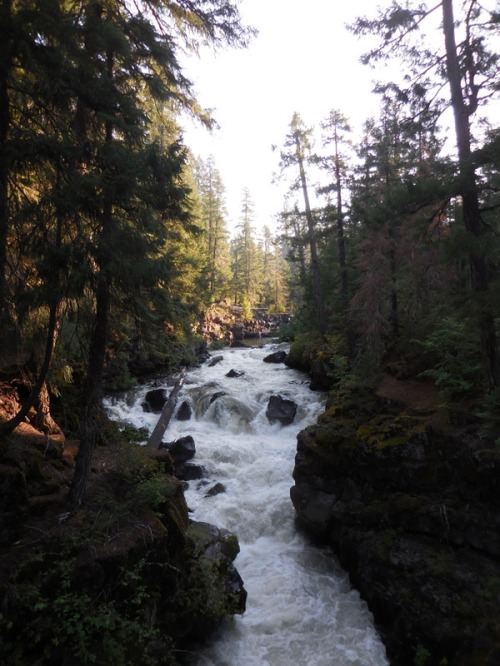 Water going straight down into the lava tube

The first thirty miles or so to Lost Creek Lake (a reservoir) we were riding downhill.  We wouldn’t have minded having our bags – but also enjoyed riding light.  We had the one good climb of the day leading away from Lost Creek Lake – and we were pretty happy to not have any bags.

A bee stung me near here, on the lip, photo for professional courtesy 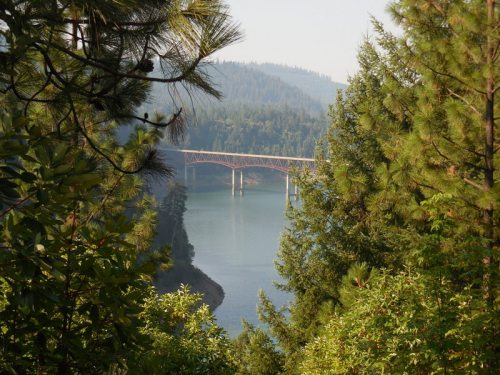 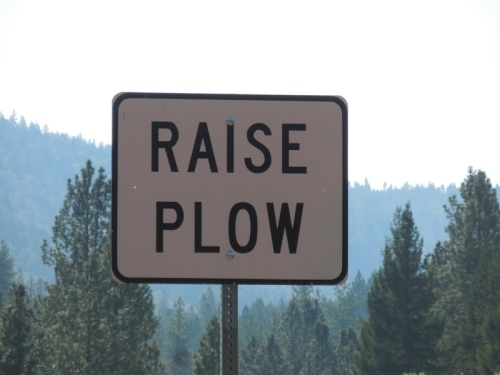 We stopped for morning tea in Shady Cove at small cafe/yarn store/raft rental/fly tackle shop (I think you have to have multiple businesses to make it in this area).  We enjoyed espressos, biscuits and a fun look around all of their old odds and ends.

You name it, they sell it… 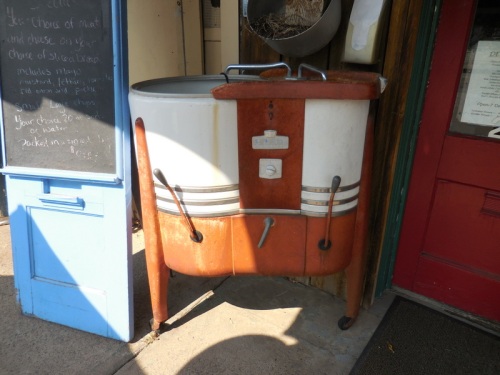 Soon after Shady Cove we reached the bigger town at Eagle Point and the ride became much less fun.  Highway 62 pretty much became a string strip malls and big box stores.  We knew we were in for a long spell when we saw the second (yes second) Walmart and a Costco.  It was getting pretty hot and as you’d expect, the stores were attracting a good number of cars.  We had a wide shoulder but it was a noisy grind.  We stopped for an iced tea and our PB&J sandwiches at Starbucks – there is some good that comes from all those big stores, I guess.

We did a map check at Starbucks and agreed to make our way to the Ashland-Medford bicycle path, the Bear Creek Greenway, as soon as we could.  With the alternatives being I5 (illegal) or Highway 99 (more loud traffic and filled strip malls), the path was an easy choice.  The Bear Creek cycle path turned out to be very nice.  Mostly it routed us over or under all the cross roads and a couple times over I5 and 99, all without us having to stop.  There were a few dodgy characters at the start of the path but we scooted through those areas without issue.  Hot and slightly uphill was well worth the quiet of the path, taking us all the way from Medford into central Ashland.

Worth taking if you are riding through the valley between towns

My kickstand started to come off again this morning.  This has been a reoccurring problem, with several attempts to fix it not holding for long.  I decided to try to get it fixed while we were in Ashland.  On the way to the hotel we sort of stumbled upon a bike shop called Get N Gear.  I tried to buy a new stand but they told me that I could fix the issue simply by using a different type of lock washer and they let me use their tools, to boot.  They sent me off to Ace Hardware just down the street to get the parts.  Full marks to Get N Gear, I’ve now got a working kickstand and didn’t even end up buying anything – super nice guys.

We met up with the girls for a free wine tasting at the hotel and then off to pizza for dinner.  For dessert we had the last of our huckleberry pie.  I’m sure that you’ve tired of hearing about the pie so I’ll just leave it there (it was yummy – woops).

Tomorrow we have an easy morning at a local market planned, then an easy afternoon relaxing.  All this down-time is because tomorrow night we are heading to a play at the famous Ashland Shakespeare Company.  All the girls are excited.  I’m probably not the biggest fan but this trip is all about doing different things, so I’m in!  (I may skip the quilt festival trip planned for Sunday, however J) (Senior editor’s note – no free time though, I’ll be sure to leave him a list of the things we need to get done before we take off).

Monday we head off on our next leg, from Ashland to Carson City, Nevada.  Until then, we’ll enjoy the life of luxury in a hotel with running water, our own bathroom and air conditioning!! 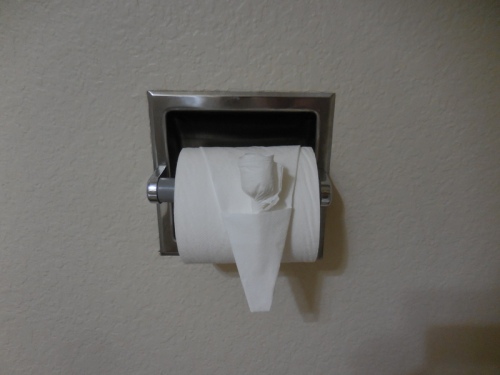 This entry was posted in Americas trip, Oregon. Bookmark the permalink.