We survived a quiet night in the old Motel 6.  I’m kind of with Gretchen (Nancy’s sister), probably not our first choice of places to stay.  But it worked out ok with both of us sleeping well.  Funny, later on when we got more into the city centre, there were no places to stay.  The general suburbanisation of the USA means that the motels are all “out on the freeway” and there’s not much in town – too bad really as town is much nicer, walkable and full of places to eat.  The Motel 6 was about as close a hotel as there was and it was not really within walking distance of downtown.

We had leftover BBQ Chinese pork fried rice and blackberries for breakfast.  Ok, you’re probably thinking “wow” that sounds terrible but in fact, it was very tasty.  We heated it up in the microwave and really, if you think about it, the fancy shmancy restaurants probably combine BBQ pork and blackberries all the time – perhaps not for brekkie…

We had coffee at the hotel but it wasn’t very good so we stopped after only 3 miles of riding at Starbucks in the centre of town.  We had our normal coffees and hung out for a while – we had a short day planned.  This worked out quite well as several locals stopped to chat and gave us great alternative route advice for the day.  We planned on being on Highway 99 for most of the day but ended up only riding it the last 10 miles.  The rest of the day was quiet Willamette Valley farm roads – much better.

Our first re-route came right in town when we back-tracked a little and joined the riverside path in Minto-Brown Park.  They had a fancy new bridge over part of the river that only opened two days previously – Google maps hasn’t been updated.  The bridge has a proper name but is already being called the “white taco” by the locals.  The park was quite busy with lots of walkers and riders out.  We got a little confused on which of various paths to take but only had to wait a few minutes before another local stopped and got us back on track.  Heaps of hellos and good mornings as well – temps were only in the high 60s and everyone was in a good mood. 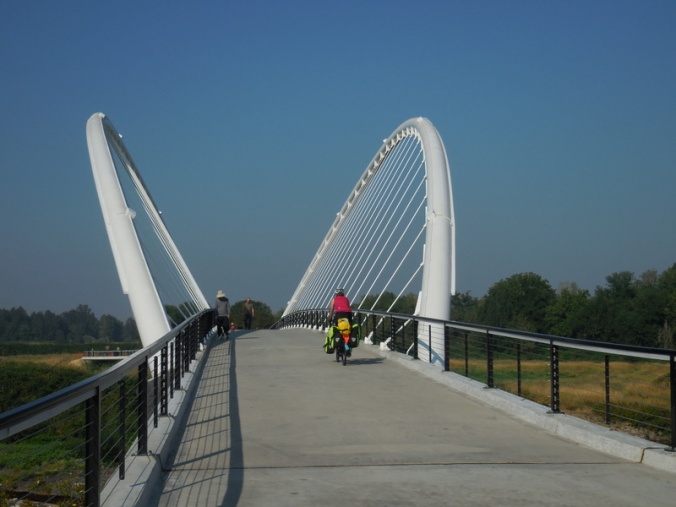 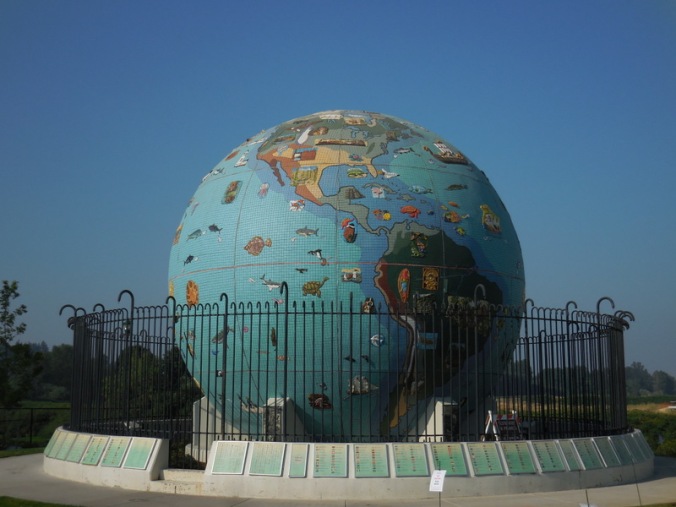 Our route – if you look closely 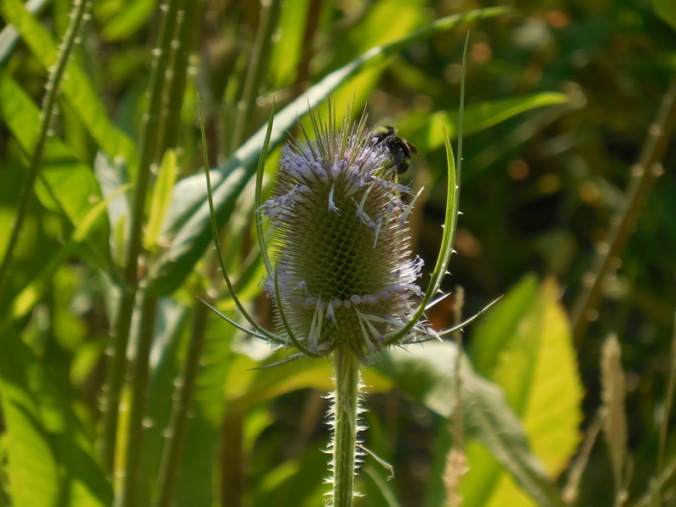 Path in the Minto-Brown park

We eventually made it out to River Road and headed off towards a Willamette River crossing at Independence.  Along the way we spotted a house growing what looked like marijuana –perhaps a bit of a cash crop here now that it’s legal in Oregon.  The photo op was complete with a 1980s RV – I guess you could say, “only in Oregon.” 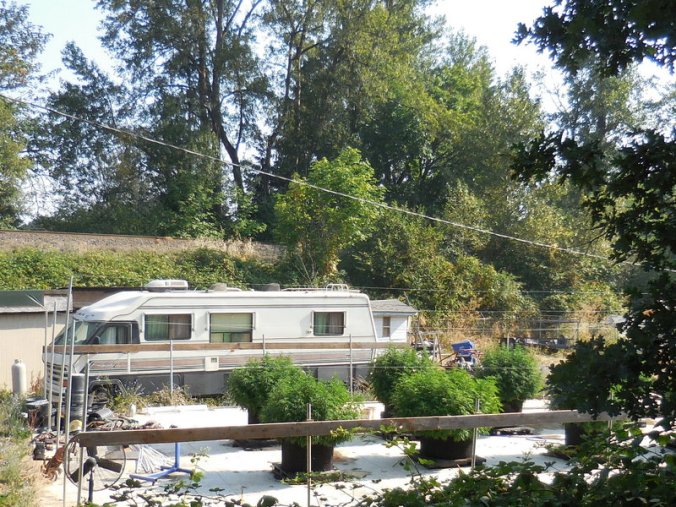 We made good time on River Road and were really enjoying the cooler morning air.  That is until we reached a point where the road was closed for construction with a detour in place.  We asked one of the worker guys how best to get around and he directed us to “a small detour” at Vitae Springs Road.  So much for an easy spin today, Vitae Springs Road was gravel and stunningly steep.  It was over 15% at points and barely rideable.  We both had to push on a couple sections – that is, we had to both push one bike at a time.  The detour did not last long but wow, it was a serious workout.

Yep – steep and gravel… not fun

We made it back down to the river and some riverside blueberry farms, about 1 mile from where we left River Road.   Who said that today would be flat – not me!  We crossed the river and hopped on old Corvallis Highway.  There was still a lot of smoke from the wildfires but not as bad as yesterday and it was even a bit cooler.  We passed lots of farm land and had a fun time watching some hay being brought in and made into giant “Wall of China” sized stacks.  The machine that picked up bails was fun to watch. 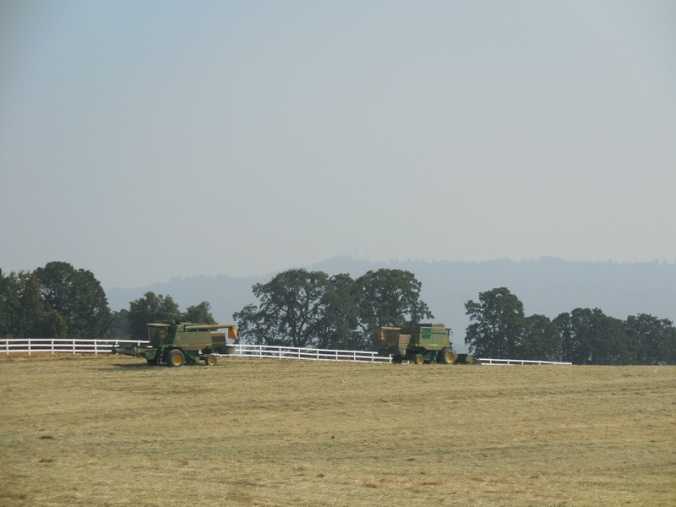 We were supposed to stop at another berry farm for morning tea but it was no longer open so we pressed onto the next obvious stop, at an archery range.  We ate our Starbuck snacks here and chatted with a local about the range and archery in general.  I’m not sure we’ll be taking up archery but it was a nice stop all the same.

Morning tea at the archery range

From here it was out onto Highway 99 and the last 10 miles to Corvallis.  Hwy 99 has a nice wide shoulder but it is noisy and not overly scenic.  By now it was getting hot as well.  We couldn’t meet Anna/Claire until 4:30 so we stopped for a long lunch at Panera Bakery for lunch.  The food was good but it was so cold inside that we couldn’t hang out there for the afternoon as we’d hoped to, as we were both shivering after we’d eaten.

We eventually moved down the street to Starbucks (yes, another Starbucks).  Nancy read her book and I walked a bit of the city core.  My goal was to find building that was here when my father went to school here in the 1950s.  I found a few with the oldest being the 1888 county courthouse.  The courthouse is still in use as a courthouse but the guards let me go inside and have a sticky beak – quite interesting with dog registration, divorce court and the county archives all having offices. 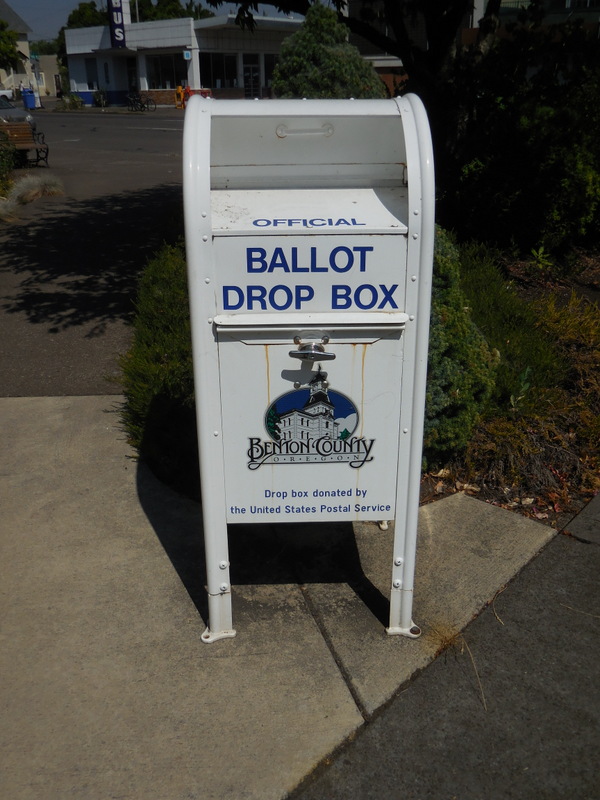 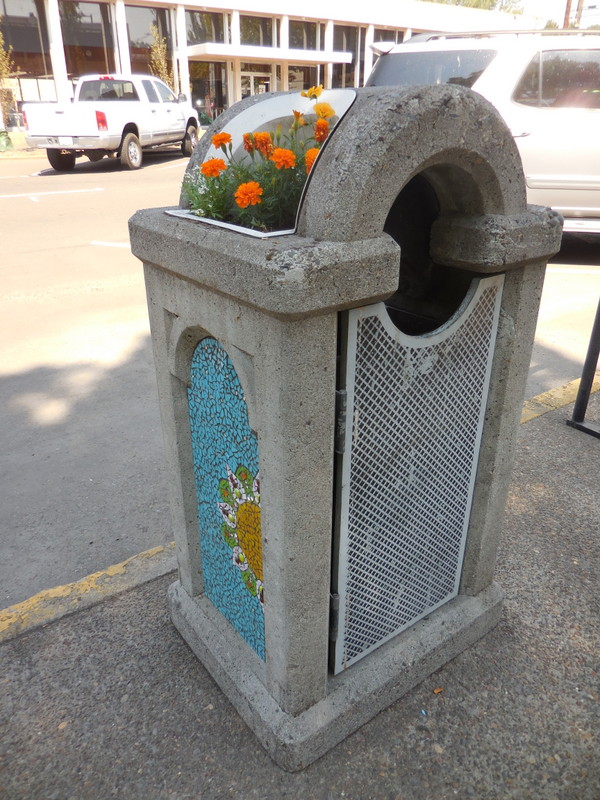 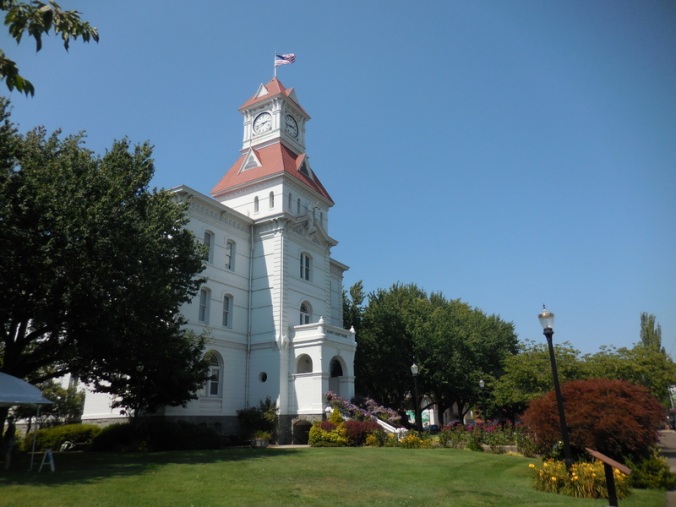 We are now just getting ready to head to Anna/Claire’s apartment, where we will relive our college years by sleeping on the floor.  We are looking forward to seeing her and getting her out on the road tomorrow with Andy.  The destination tomorrow is Eugene, another big college town, where we will stay in a hostel and catch up with our nephew, Henry.  Temperatures are supposed be not as hot tomorrow – in the low 90’s, I think, so hopefully it will not be too hot.