Another icy night – the internet said 1.3 degrees when we got up at 5AM! We had everything packed the night before but still had to eat a mountain of brekkie. We were ready to ride about 6:15 but it was too dark. We finally left at about 6:45, with everything we own on, plus our rear red flashing lights. There was almost no wind but that’s pretty common in the early morning. It was very cold riding with lots of blowing on fingers to keep them warm. 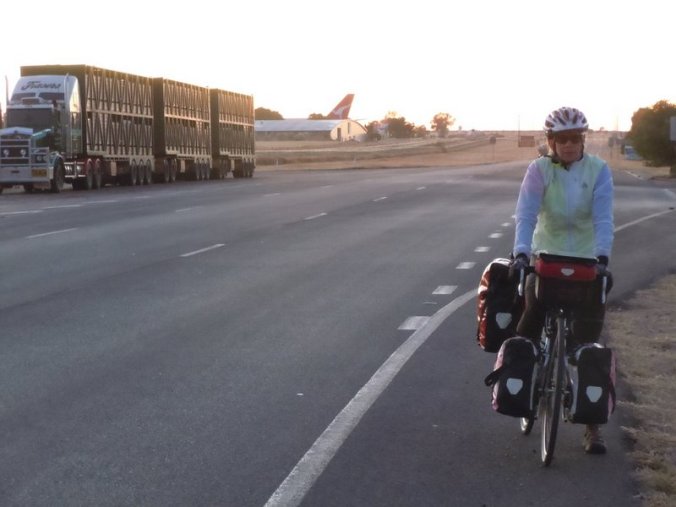 It did not take long for the sun to come up and things gradually got warmer thereafter. By 8:00, we were stopping to take a layer off and remove the long finger gloves. As normal, the light in the morning was great. I could take a hundred photos but today I only stopped a few times. We had a long ways to ride and needed to keep moving. There were lots of kangaroos out and about and sadly many fresh dead ones on the road. We both were thinking “how could there be any left” with all the carcases.

There were no towns at all today. We stopped for morning tea and lunch at road side rest areas. Both rest areas had water tanks that had no warnings not to drink. We carried about 15 litres with us at the start of the day but probably could have had less. The last rest stop, 45k from Winton, where there was supposed to be water had a couple signs saying not to drink, validating our choice to carry water. We would have been out of water by then if we had not had our extra supply. We had one on-road repair after Nancy’s front pannier popped the screw so the hook that goes over the rack separated from the rack. Thankfully the screw was still there so it was an easy fix. 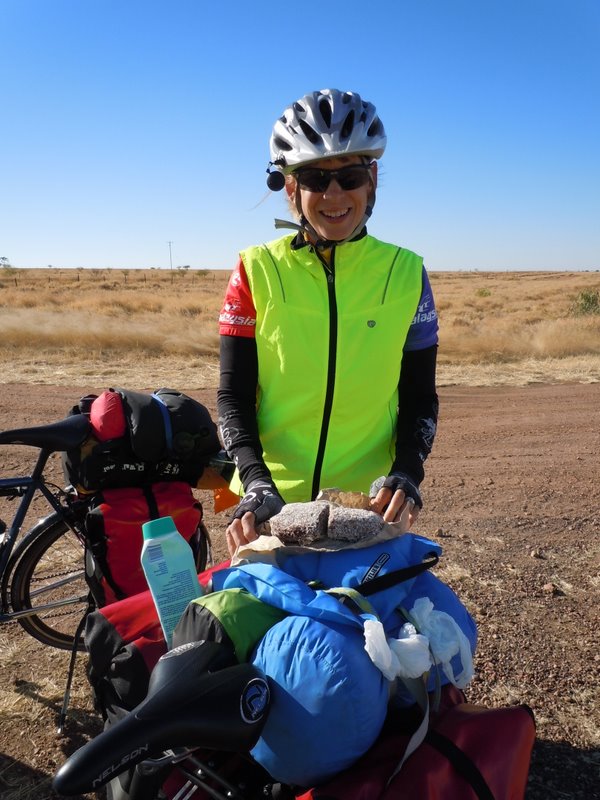 The wind was our friend for a good part of the day. The calm morning turned into a tailwind about 8:30. We had a nice breeze pushing us until about 1PM. We still had to push pretty hard because of the distance but we rode 120k by noon and had our highest average daily speed for the trip, so, it must have been helping. The road turned a little to the west as we got closer to Winton. This made for more of a cross wind and a little harder finish. It never got hot during the day, I’m guessing it was no more than 23 tops. 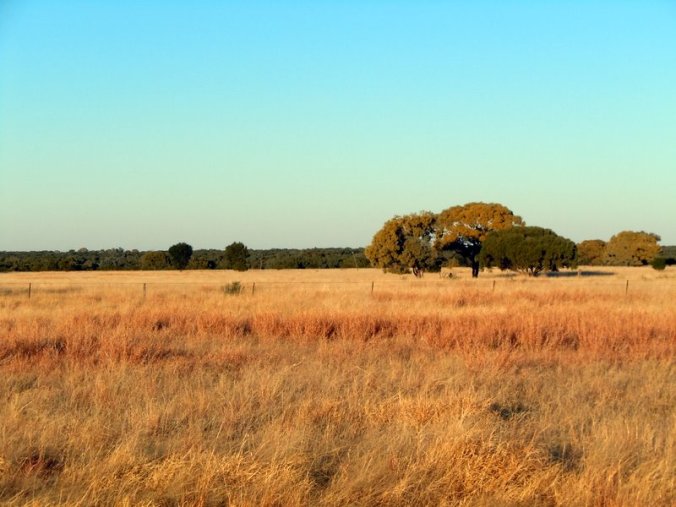 Nancy with welcome egg and bacon roll in Winton

We are staying at a one of three caravan parks in town – not bad for a town with 900 people. Both of us were too tired to cook dinner so are celebrating the big day’s success with dinner at the famous Tattersails (Tatts) Hotel. Nice place, full of lots of grey nomads as there is no other place to eat in town. We’ve seen many of them previously so it’s fun to compare stories and make up lies. On the whole, they are all pretty amazed we rode 180k today – matter of fact I am as well! We are pretty dang tired so should sleep well tonight.

Tomorrow we are staying here. The next town is 170k, which we are not up to back to back. There are a number of interesting things to see in town. This town is purportedly the place where the famous ‘Waltzing Matilda’ was first performed and Banjo Patterson supposedly wrote the song on a station near here. There are also some dinosaur fossils relatively nearby – the Lark Quarry is the site of the world’s only recorded evidence of a dinosaur stampede. Not sure if we will make it out to the dinosaurs as it is about 110k south of here – a bit too far for a ride on a rest day. There are also lots of opals in the area and there is large visitor centre and many shops. We’ll check them out and rest our legs before another big day on Thursday. But first, a good night’s sleep… 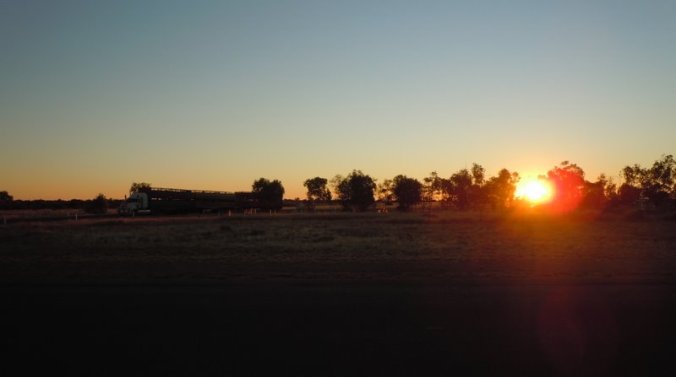